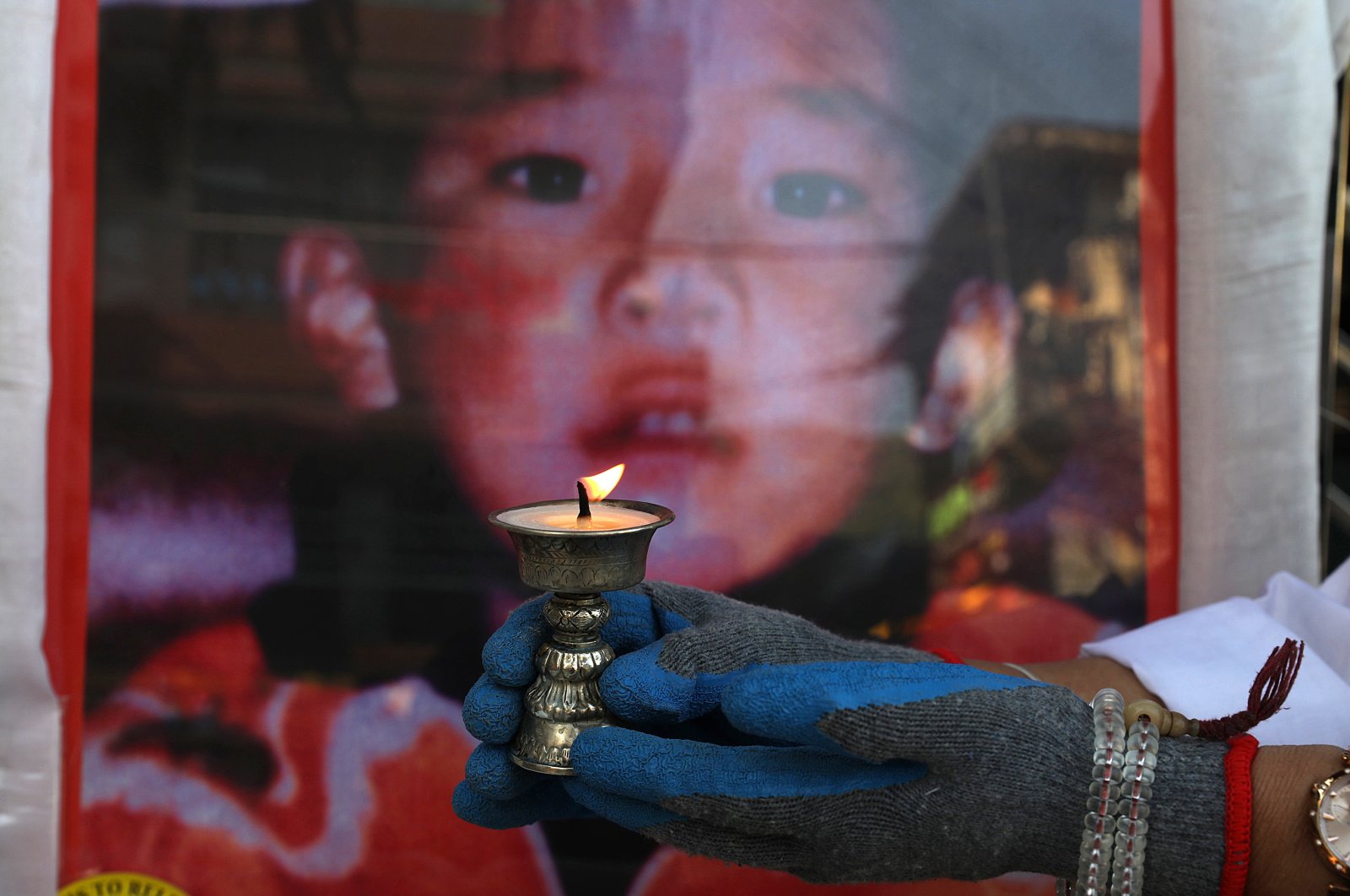 A Tibetan woman living in exile and a member of the Tibetan Women's Association lights a butter lamp during an event to mark the 31st birthday of Panchen Lama in McLeod Ganj, near Dharamsala, India, April 25, 2020.(EPA Photo)
by Associated Press May 19, 2020 6:55 pm
RECOMMENDED

China said Tuesday that a boy who disappeared 25 years ago after being picked by the Dalai Lama as Tibetan Buddhism’s second-highest figure is now a college graduate with a stable job.

Very little information has been given about Gedhun Choekyi Nyima or his family since he went missing at age 6 shortly after being named the 11th Panchen Lama.

China named another boy to the position, Gyaltsen Norbu, who is rarely seen and is believed to spend most of his time in Beijing. He is generally viewed as a political figure under Beijing's control and shares none of the Dalai Lama's global fame.

Foreign ministry spokesperson Zhao Lijian said Gedhun Choekyi Nyima "received free compulsory education when he was a child, passed the college entrance examination and now has a job." Zhao said neither the now-31-year-old man or his family wishes to be disturbed in their "current normal lives.” No other details were given.

The tussle between Beijing and the Dalai Lama, who fled into exile in 1959, concerns who will determine the future of Tibetan Buddhism, which still commands heavy sway over the people of the Himalayan region that China says has been its territory for centuries but which many Tibetans believe was largely independent. China took control of Tibet in 1951 and made it one of the country's autonomous regions.

Tibet’s self-declared government-in-exile in India marked the 25th anniversary of Gedhun Choekyi Nyima's disappearance by calling on Beijing on Sunday to account for his whereabouts.

"China’s abduction of the Panchen Lama and forcible denial of his religious identity and right to practice in his monastery is not only a violation of religious freedom but also a gross violation of human rights,” the Tibetan parliament in northern India, known as the Kashag, said in a statement.

U.S. Secretary of State Mike Pompeo also issued a statement on Monday calling on China to "immediately make public the Panchen Lama’s whereabouts and to uphold its own constitution and international commitments to promote religious freedom for all persons."

The Dalai Lama named the original Panchen Lama with the help of Tibetan lamas trained in reading portents and signs. China claims the reincarnate can only be chosen by pulling lots from a golden urn, a method it used to pick its own candidate under the control of the officially atheistic ruling Communist Party.

Traditionally, the Panchen Lama has served as teacher and aide to the Dalai Lama, Tibetan Buddhism’s highest leader who is now 84 and is accused by Beijing of seeking independence for Tibet. The Dalai Lama denies that and says he advocates greater autonomy for the region.