China has arrested thousands for 'virus-related crimes' since January 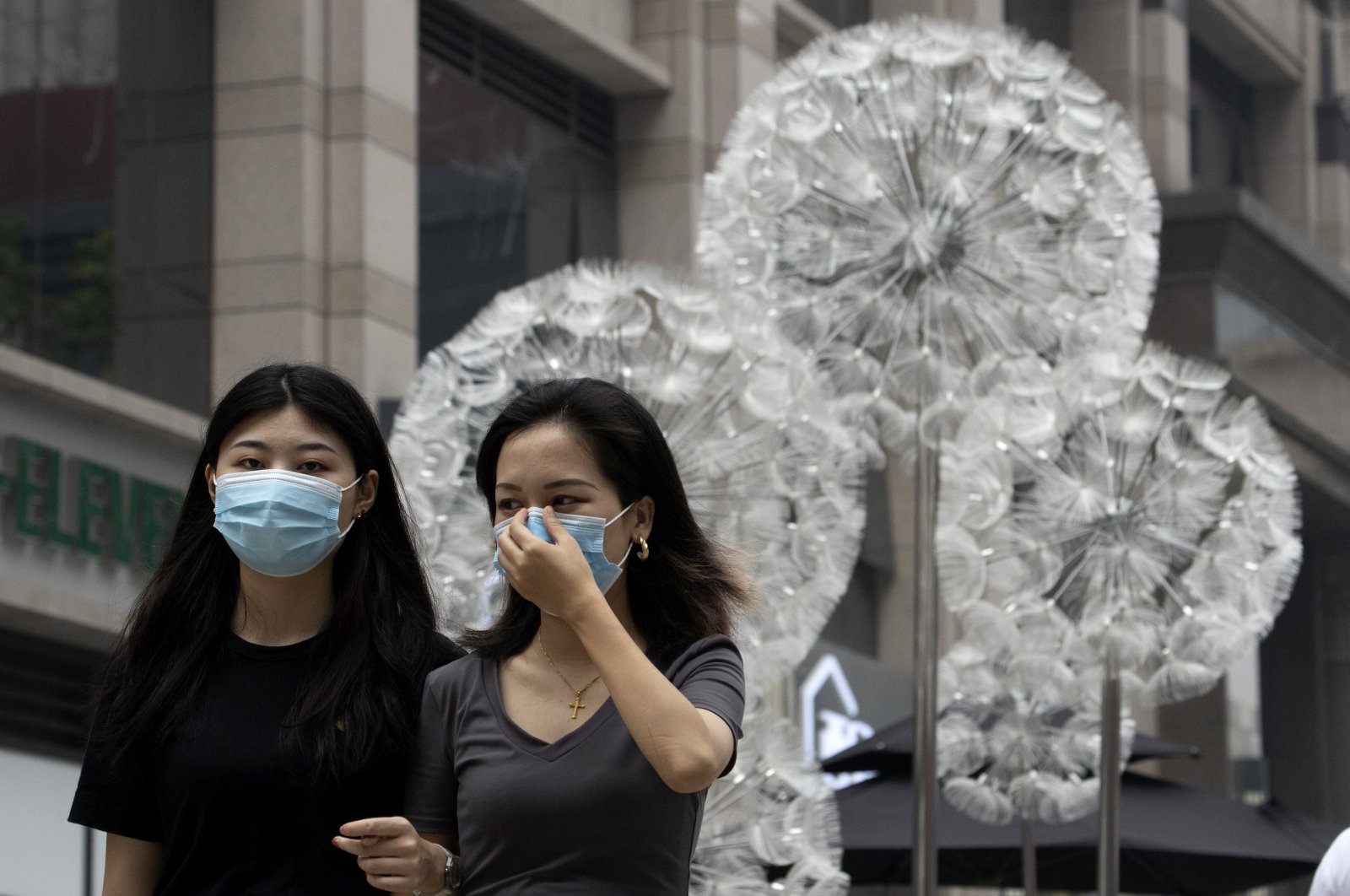 A woman adjusts her mask worn to protect against the coronavirus as they walk past a public art sculpture depicting giant spores in Beijing on Wednesday, Aug. 26, 2020. (AP Photo)
by French Press Agency - AFP Aug 28, 2020 10:44 am
RECOMMENDED

Nearly 5,800 people suspected of killing health workers, selling defective medical equipment and lying about their travel history have been arrested in China for epidemic-related crimes since January, the state prosecutor's office said.

One case involved a shopper who beat another customer to death for not wearing a mask in a supermarket.

Other cases included a person who deliberately mowed down medical workers with a car, and another was arrested for stabbing a health inspector with a dagger when monitoring temperatures.

Some have also been accused of embezzling money collected from fundraisers to help coronavirus patients, selling defective medical equipment and lying about their travel history or health condition.

"From January to July, 5,797 people were arrested and 6,755 were prosecuted," the Supreme People's Procuratorate said in a statement Thursday.

The statement did not specify how many people were still in detention or whether some had already been sentenced.

China has largely brought the spread of the novel coronavirus under control – since it first emerged in the central city of Wuhan in December 2019 – with strict lockdowns, aggressive contact tracing and close monitoring of neighborhoods.

The country has also deployed a range of smartphone apps to track the whereabouts of people to quickly identify possible cases.

Wearing a mask is mandatory in supermarkets, cinemas or on public transport, and many choose to wear one while outdoors as well, as a safeguard against the virus.

China has not reported any locally transmitted infections in recent days.