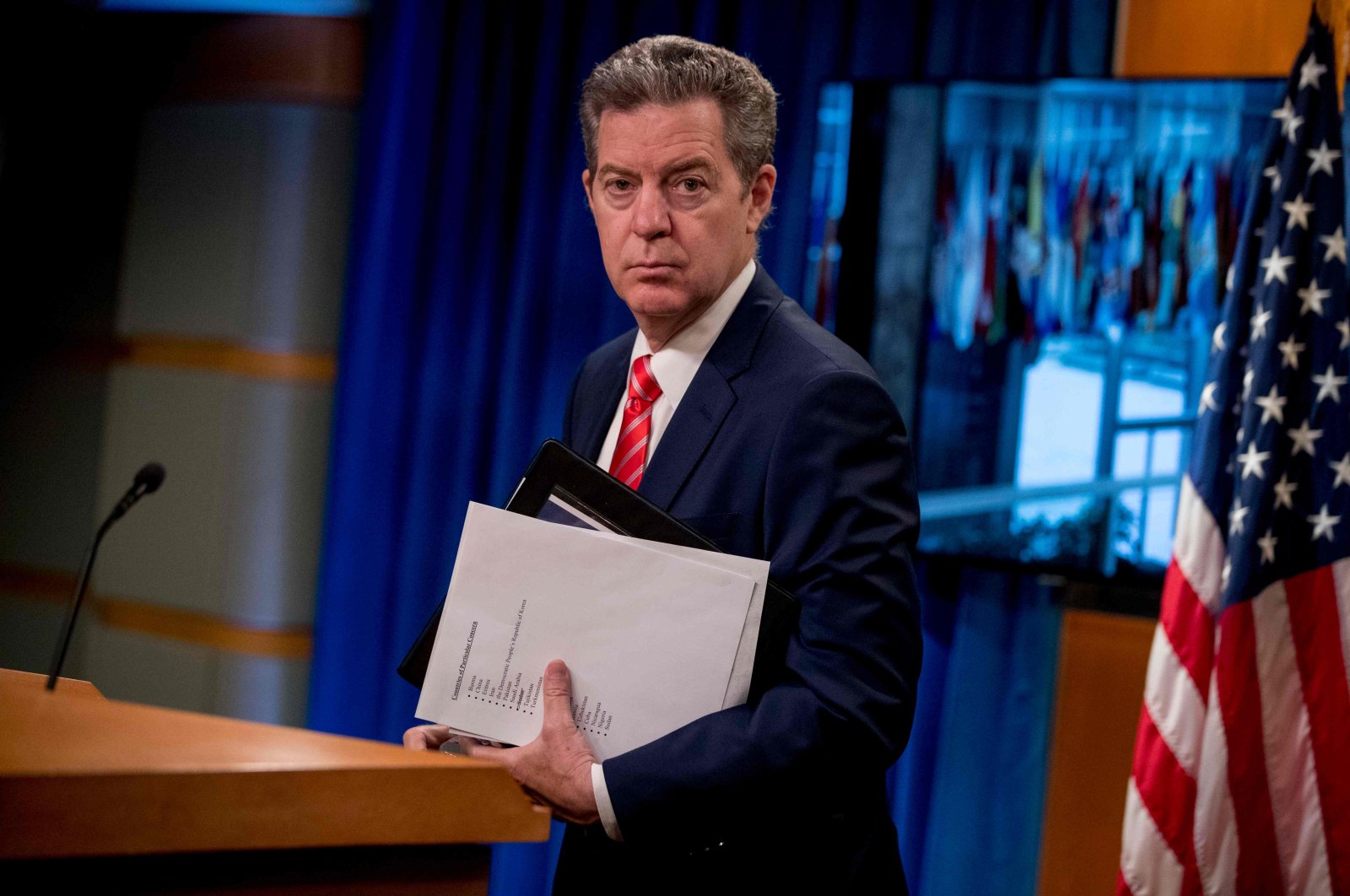 Ambassador at Large for International Religious Freedom, Sam Brownback, departs after speaking during a news conference at the State Department in Washington, D.C., June 10, 2020. (AFP Photo)
by Compiled from Wire Services Jul 13, 2020 11:13 am
RECOMMENDED

China announced Monday retaliatory sanctions against three senior Republican lawmakers and a U.S. envoy in a deepening row over Beijing's treatment of Uighur Muslims in the western Xinjiang region.

The commission monitors human rights and the development of the rule of law in China and submits an annual report to President Donald Trump and Congress.

"China will make further responses based on how the situation develops."

Hua did not elaborate on what the sanctions entail, but Washington's measures against Chinese officials, including the Communist Party secretary of the troubled western region of Xinjiang, include freezing of U.S. assets, the U.S. travel and prohibiting Americans from doing business with them.

Sanctions were announced days after the U.S. imposed visa bans and asset freezes on several Chinese officials, including the Communist Party chief in Xinjiang, Chen Quanguo, over rights abuses in the region.

"We urge the U.S. to immediately withdraw its wrong decision and stop words and actions that interfere in China's internal affairs and harm China's interests," she said.

"China will make a further response depending on the development of the situation."

Sanctions will also be applied to the U.S. Congressional-Executive Commission on China, an agency that monitors human rights in the Asian country.

A senior U.S. administration official described Chen as the highest-ranking Chinese official that the U.S. had sanctioned.

U.S. Secretary of State Mike Pompeo said Washington was also barring Chen, Zhu, Wang and their immediate families, as well as other unnamed Chinese Communist Party officials, from traveling to the U.S.

The decision is "no joke," the U.S. official said. "Not only in terms of symbolic and reputational effect, but it does have real meaning on a person's ability to move around the world and conduct business."

Washington's sanctions were imposed under the Global Magnitsky Act, which allows the U.S. government to target human rights violators worldwide by freezing any U.S. assets, banning U.S. travel and prohibiting Americans from doing business with them.

Witnesses and human rights groups say that China has rounded up more than 1 million Uighurs and other Turkic Muslims in Xinjiang in a vast brainwashing campaign aimed at forcibly homogenizing minorities into the country's Han majority.

U.N. experts and activists say Uighurs and other Muslims are held in detention centers in Xinjiang. China describes them as training centers helping to stamp out terrorism and extremism and give people new skills.