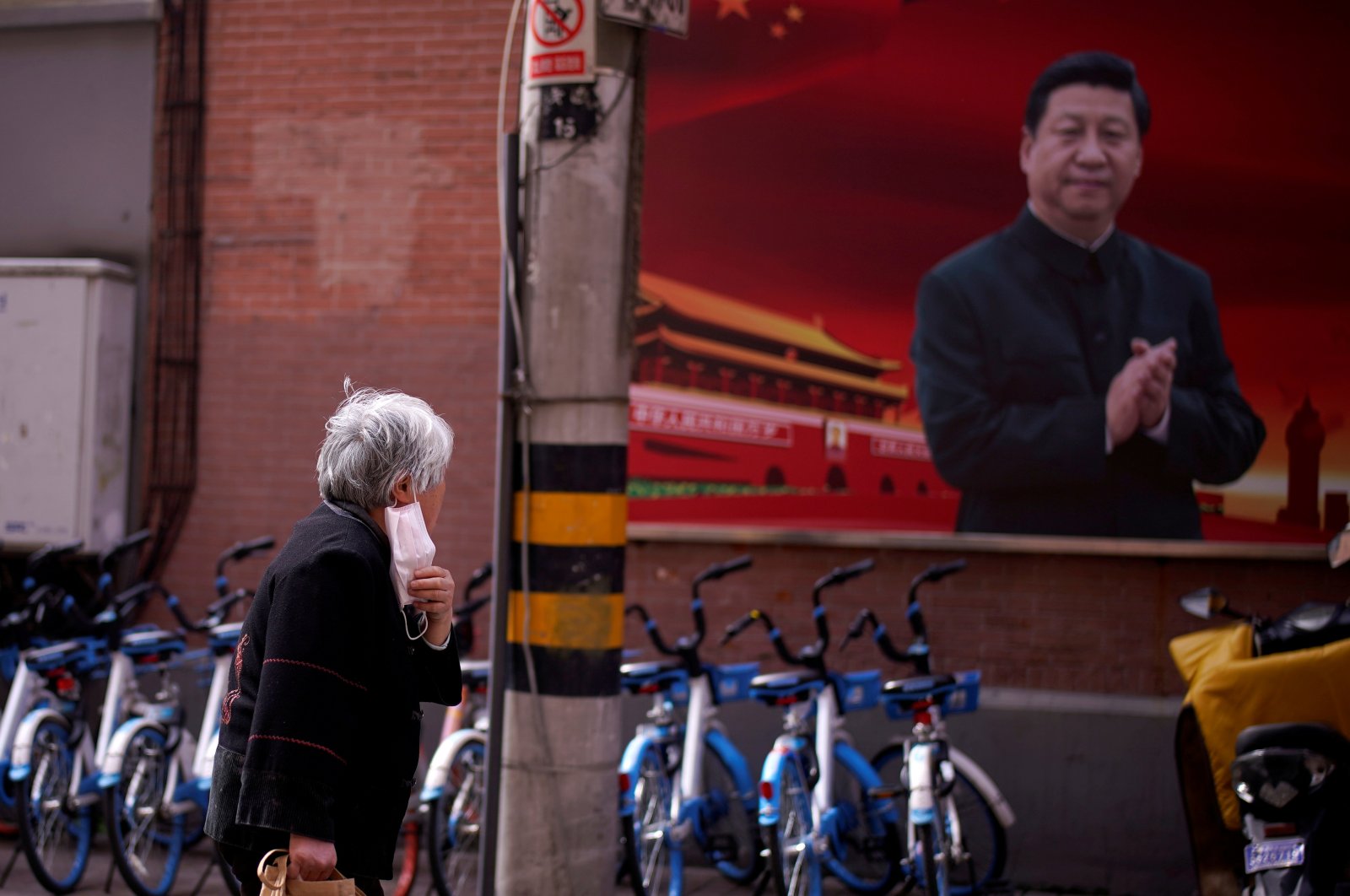 A woman with a protective mask is seen passing a portrait of Chinese President Xi Jinping on a street as the country is hit by an outbreak of the coronavirus, in Shanghai, China, March 12, 2020. (Reuters Photo)
by French Press Agency - AFP Jun 10, 2020 1:05 pm
RECOMMENDED

China said Wednesday it had reached a "positive consensus" with India over resolving tensions at the border between the two countries, where troops have faced off in recent weeks.

Tensions flare on a fairly regular basis between the two regional powers over their 3,500-kilometer (2,200-mile) frontier, which has never been properly demarcated.

Thousands of troops from the two nuclear-armed neighbors have been involved in the latest face-off since May in India's Ladakh region, just opposite of Tibet before signs in recent days that a resolution was in sight.

"Currently both sides are taking appropriate actions to ease the border situation based on this consensus," she said.

New Delhi said on Sunday that the two countries had agreed to "peacefully resolve" the border flare-up after a high-level meeting between army commanders.

India said the commanders agreed an "early resolution" was "essential" for relations between the world's two most populous nations.

In a statement, India's foreign ministry said the two sides would "continue the military and diplomatic engagements to resolve the situation and to ensure peace and tranquillity in the border areas."

Sources and Indian news reports suggest that India appears to have effectively ceded to China areas that the People's Liberation Army occupied in recent weeks, notably parts of the northern side of the Pangong Tso lake and part of the strategically important Galwan river valley.

Press reports say that further talks are expected this week.

There have been numerous face-offs and brawls between Chinese and Indian soldiers at the frontier, but they have become more frequent in recent years.

On May 9, several Indian and Chinese soldiers were injured in a high-altitude cross-border clash involving fists and stone-throwing in Sikkim state.

Indian officials said that within days, Chinese troops encroached over the demarcation line in the Ladakh region, further to the west, and India then moved in extra troops to positions opposite.

India's Prime Minister Narendra Modi and Chinese leader Xi Jinping have sought to ease the tensions at summits over the past two years when they agreed to boost border communications between their militaries.