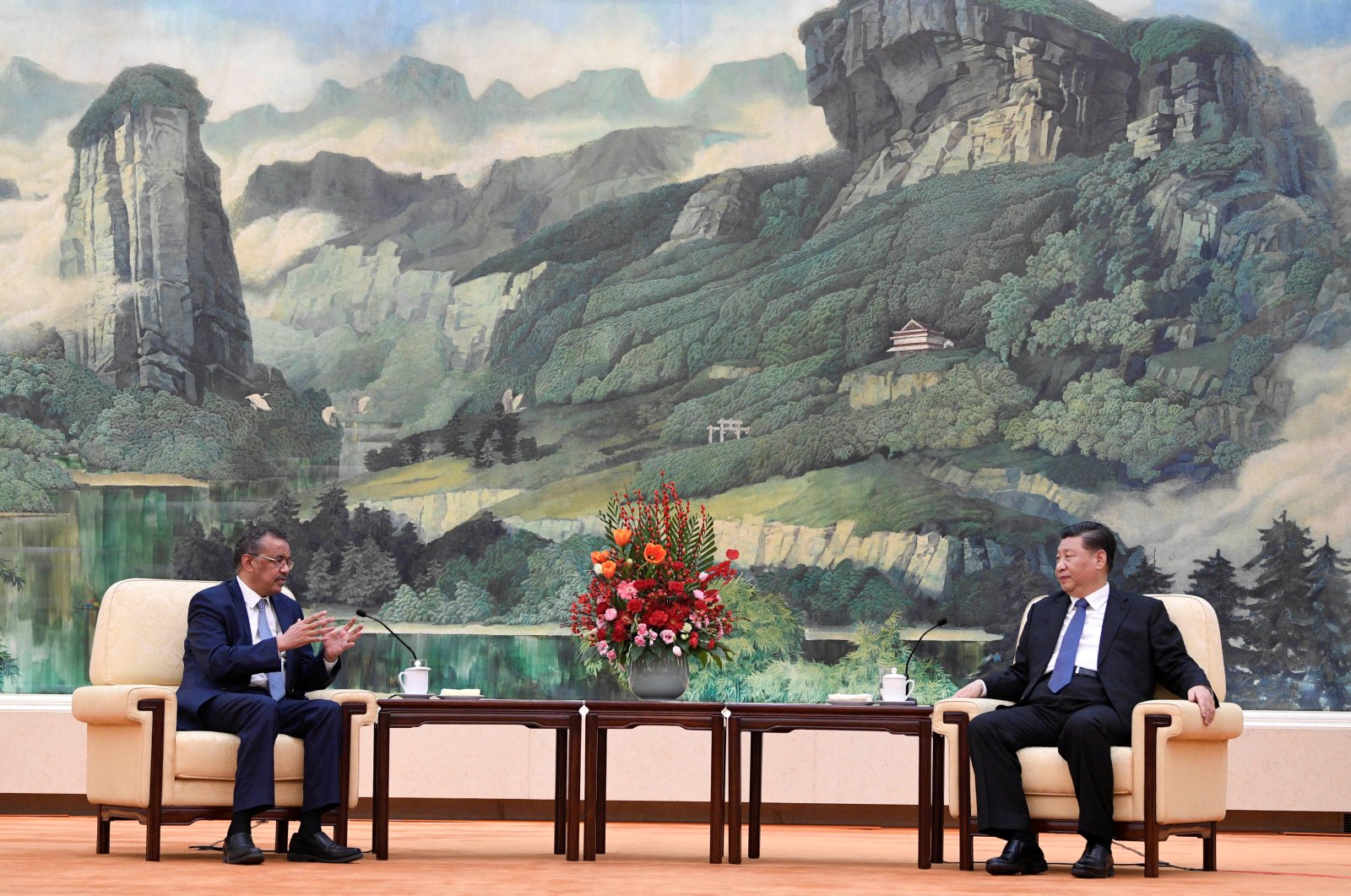 Tedros Adhanom (L), director-general of the World Health Organization, meets with Chinese President Xi Jinping before a meeting at the Great Hall of the People in Beijing, China, Jan. 28, 2020. (Reuters Photo)
by Agencies May 18, 2020 2:06 pm
RECOMMENDED

China supports a comprehensive review of the global response to the COVID-19 pandemic led by the World Health Organization (WHO) after the virus is brought under control, Chinese President Xi Jinping said Monday.

Xi, in a video speech to the World Health Assembly, said China has been open and transparent about the COVID-19 outbreak that first emerged in the country in late 2019 and will support an investigation conducted in an objective and impartial manner.

Xi also pledged $2 billion over two years to help with the COVID-19 response and said any vaccines developed against the disease by China will be made a "global public good." Xi did not specify where the injection of Chinese funds would go.

XI’s announcement marks a sharp contrast to the United States: The Donald Trump administration has announced a suspension of its funding for WHO over its alleged mishandling of the outbreak and praise of China’s response.

Xi told the virtual meeting via video that China has "always had an open, transparent and responsible attitude," and had shared information on the virus in a timely manner.

The assembly, held online for the first time in its history, is set to discuss a resolution tabled by the European Union that calls for an "impartial, independent and comprehensive evaluation" of the international response to the coronavirus crisis.

In his speech, Xi said that the inquiry into the global response should "sum up experiences and improve shortcomings."

Governments including the U.S. and Australia have also called in recent weeks for an investigation into the origins of the virus, which has become a flashpoint in deteriorating tensions between Washington and Beijing.

Both Trump and Secretary of State Mike Pompeo have accused China of a lack of transparency over the issue, and repeatedly pushed the theory that the virus emerged from a Wuhan maximum-security laboratory.

Most scientists believe the virus originated in animals before it was passed on to humans.

China has strenuously denied accusations of a cover-up, insisting it has always shared information with the WHO and other countries in a timely manner.