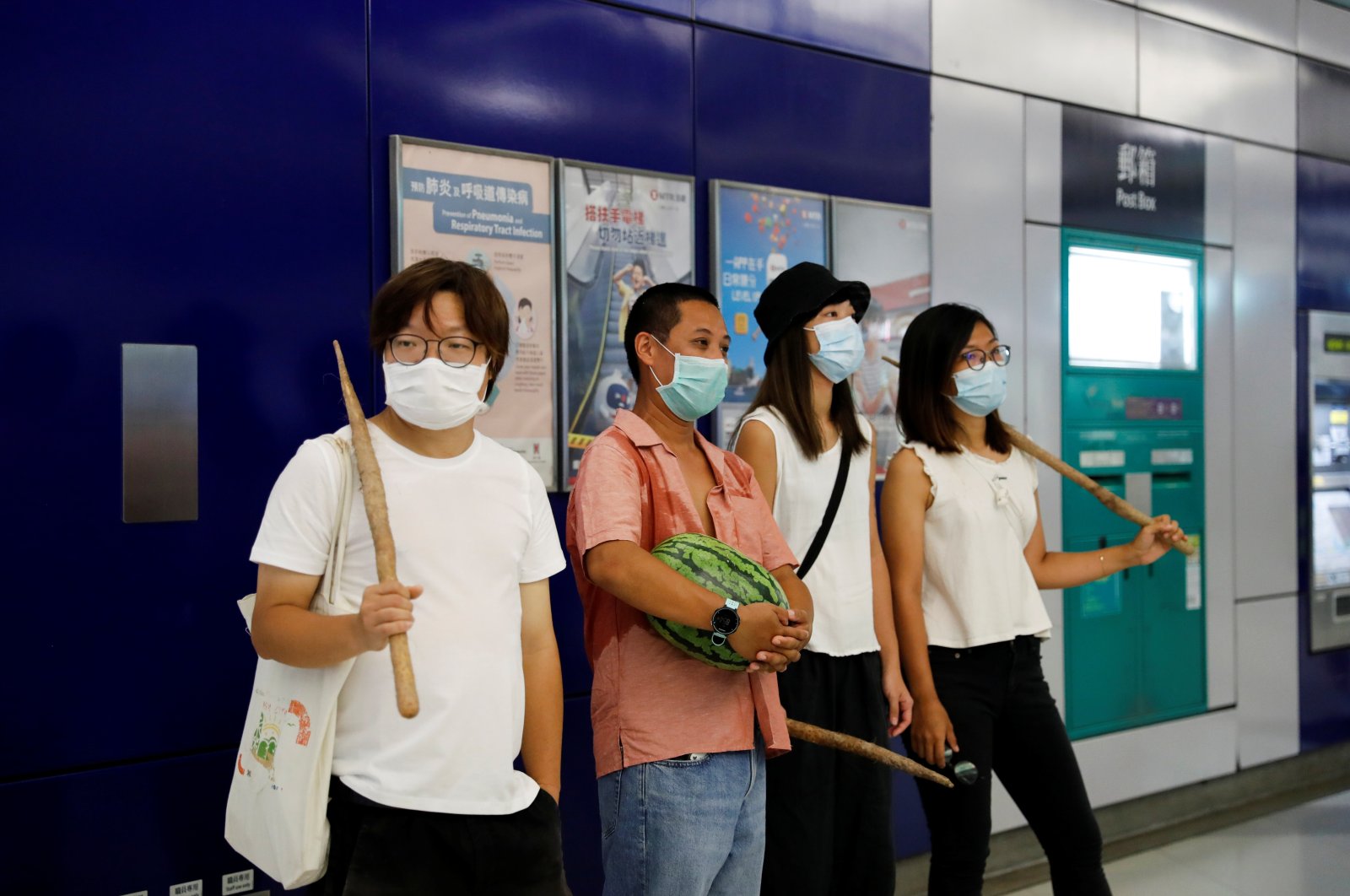 Pro-democracy demonstrators dress in white and hold sticks on their hands to mock an incident that took place one year ago in which an armed crowd wearing white shirts attacked passengers in a train station, during a protest to mark the first anniversary of the attack, demanding justice for the victims of violence and broader freedoms, at a shopping mall in Hong Kong's Yuen Long, China July 21, 2020. (Reuters Photo)
by DAILY SABAH Jul 23, 2020 1:17 pm
RECOMMENDED

China threatened on Thursday to withdraw its recognition of British National Overseas passports held by residents of Hong Kong, in retaliation for the former colonial ruler's policy of easing their path to citizenship.

Starting from January 2021, those in Hong Kong with such status would be able to apply for special visas to live in Britain that could eventually confer citizenship, interior minister Priti Patel said this week.

However, China opposes such a policy as interfering in domestic affairs, a spokesman for its foreign ministry said, calling the move a flagrant violation of Britain's promises, international law and principles of international relations.

"As the English side is the first to violate the promise, China will consider not recognizing BNO passports as a valid travel document, and reserves the right to take further measures," the spokesman, Wang Wenbin, told a news briefing.

Even before Britain's offer, China did not recognize such passports as a valid document for mainland entry by residents of Hong Kong, which returned to Chinese rule in 1997. Instead, it required them to use travel permits issued by China.

London's decision, which could allow nearly 3million Hong Kong residents to settle in Britain, came after Beijing imposed a new security law that democracy activists fear would end the freedoms promised to the territory in 1997.

In a statement, the British consulate in Hong Kong said the immigration route granting the right to live, work or study in Britain was offered following the Chinese government's decision to impose the new national security law.

Britain says the law breaches the terms of the handover treaty agreed in 1984. China accuses Britain of interfering in Hong Kong and Chinese affairs.

"The Chinese side urges the British side to recognize the reality that Hong Kong has returned to China, to look at the Hong Kong national security law objectively and immediately correct its mistakes," China's embassy in London said in a statement on Thursday.