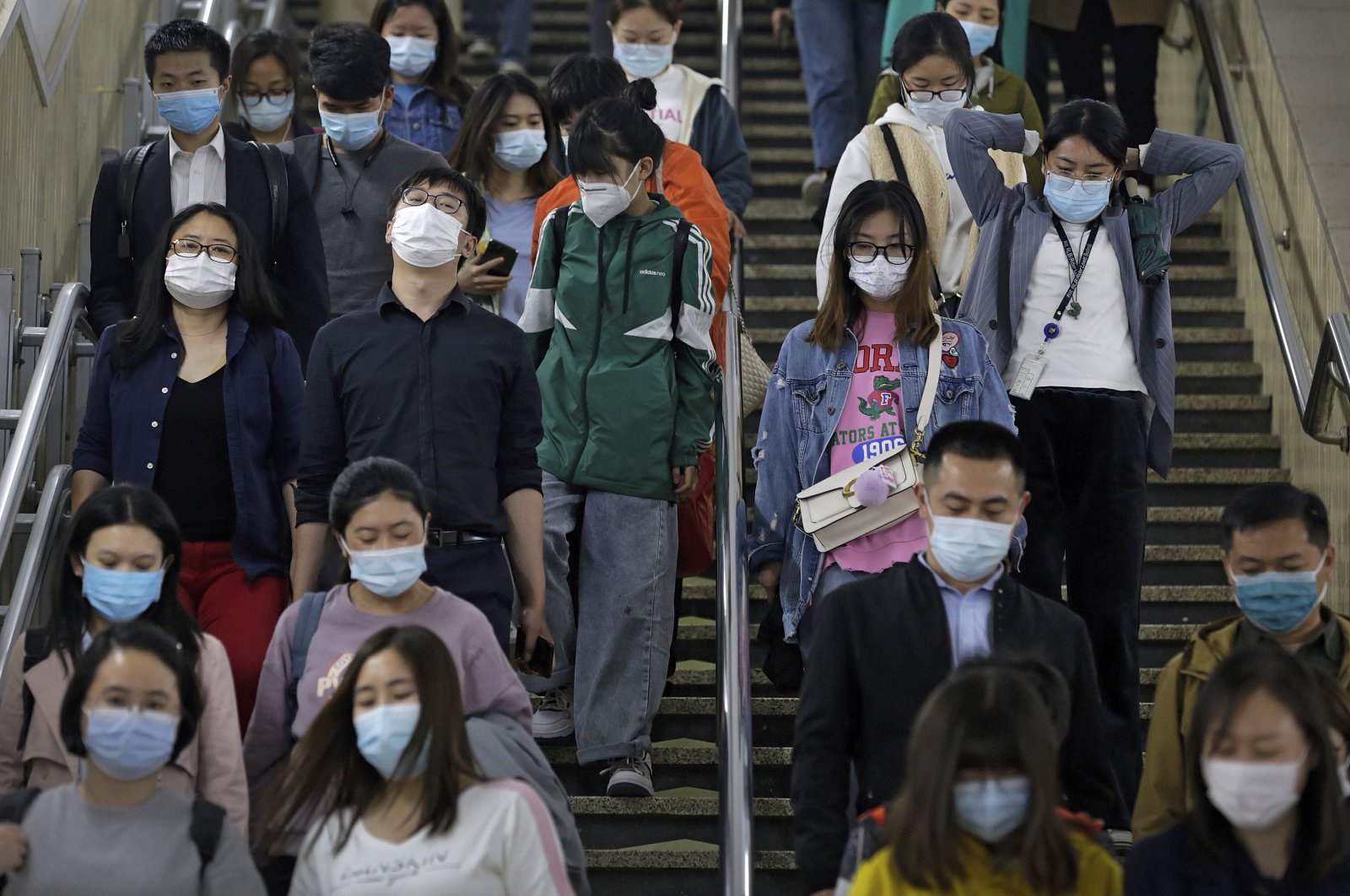 People wearing face masks to help curb the spread of the coronavirus walk down the staircase leading to a subway station during the evening rush hour in Beijing, China, April 26, 2021. (AP Photo)
by REUTERS Apr 28, 2021 9:11 am
RECOMMENDED

China, the world's most populated country, is set to report its first population decline in 50 years following a once-in-a-decade census, the Financial Times newspaper said, citing sources familiar with the matter.

A population drop will add pressure on Beijing to roll out measures to encourage couples to have more children and avert an irreversible decline.

The National Bureau of Statistics (NBS), which is due to release in early April the results of the census conducted late last year, did not immediately respond to a Reuters request for comment.

The population figure is very sensitive and will not be published until government departments have a consensus on the data and its implications, the Financial Times added on Tuesday, citing its sources.

"If China confirms such a decline, it would be a big deal," said Zhiwei Zhang, the Shenzhen-based chief economist at Pinpoint Asset Management.

"The consensus expects China's population to peak at 2027, based on the projection made by the United Nations. This would be much earlier than the market and policy makers expected."

No explanation has been given for the delay in announcing the result, though the bureau said this month that more preparatory work was needed.

In recent months, China's state media have been increasingly bleak, saying the population may start to shrink in the next few years.

In 2016, China scrapped a decadeslong one-child policy in the hope of boosting the number of babies, replacing the measure with a two-child policy.

But the birth rate has continued to decline.

That is partly because urban couples, particularly those born after 1990, value their independence and careers more than raising a family, despite parental pressure to have children.

Rising living costs in major cities, where large populations lead to the birth of a huge number of babies, have also deterred couples.

"China would likely have to relax the birth control policy completely and put off the retirement age faster," Zhang said.

Falling birth rates and a fast greying society will add pressure on the working-age population and hit productivity.

"Our projections using the pre-census figures already suggested that the workforce would be declining by 0.5% each year by 2030, with a similar impact on GDP," Capital Economics wrote in a note Wednesday.

"Slower growth would make catching the United States economically harder. And there may be an intangible impact on China's global standing too."