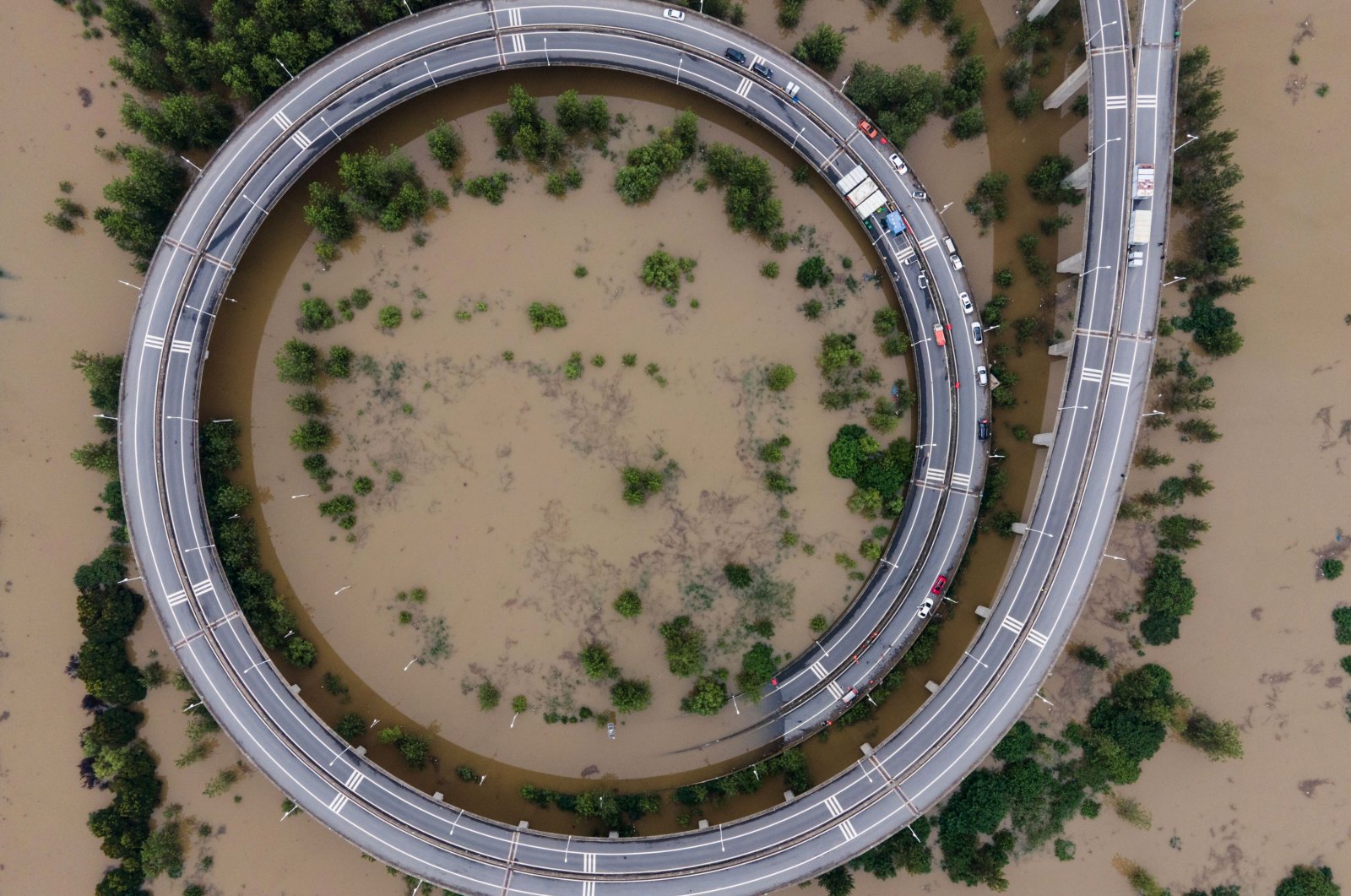 This aerial view shows a bridge leading to the inundated Tianxingzhou island, which is set to be a flood flowing zone to relieve pressure from the high level of water in the Yangtze in Wuhan, central Hubei province, China, July 13, 2020. (AFP Photo)
by ASSOCIATED PRESS Jul 17, 2020 11:39 am
RECOMMENDED

The heavy rains are putting renewed pressure on the massive Three Gorges Dam that straddles the river upstream of the city of Wuhan in Hubei province.

The official Xinhua News Agency said the rate of flow in the reservoir behind the dam would hit a record for the year on Friday night, at 55,000 square meters (almost 600,000 square feet) per second.

Rivers in the Yangtze system have broken their banks in places, and in Hubei, a helicopter was used to drop stones into the breach to block the inrushing waters.

Flooding since the beginning of the month has forced evacuations of around 1.8 million people in 24 provinces, mainly in southern China. Direct losses attributed to flooding are estimated at more than 49 billion yuan ($7 billion), according to the Ministry of Emergency Management.

Floodwaters reached as high as 1.4 meters (almost 5 feet) in Linshui county in the southwestern province of Sichuan, the ministry’s rescue department reported.

Seasonal flooding strikes large parts of China each year, especially in its central and southern regions, but conditions this year have been especially bad. Major cities have thus far been spared but concerns have risen over Wuhan and other downstream metropolises that are home to tens of millions of people.

China’s worst floods in recent years were in 1998 when more than 2,000 people died and almost 3 million homes were destroyed, mostly along the Yangtze.

The Three Gorges Dam was built mainly to generate electricity, but the government also said it was expected to mitigate catastrophic flooding.