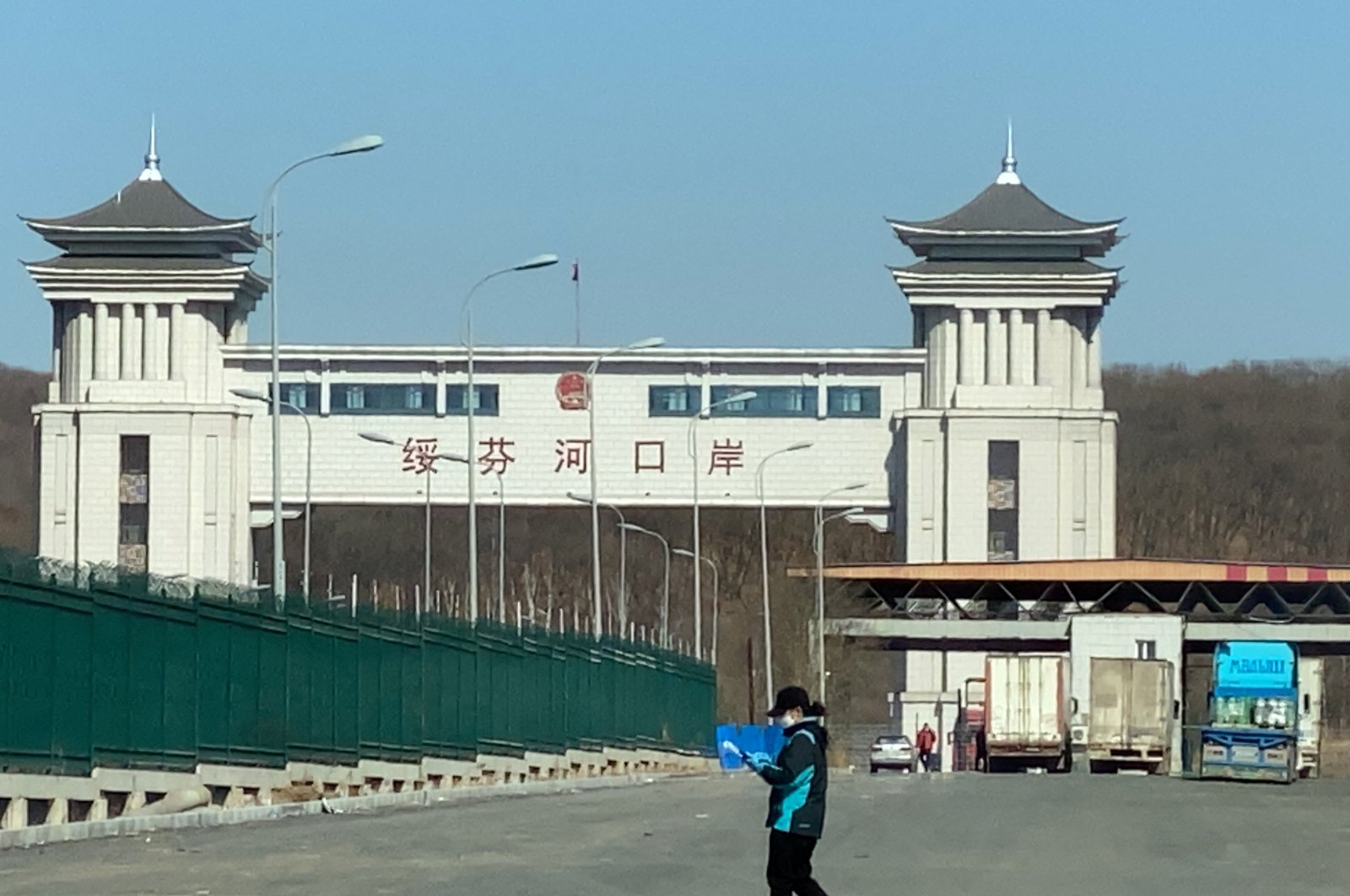 An employee wearing a face mask stands at the Suifenhe Port in Heilongjiang province on the border with Russia, April 12, 2020. (REUTERS Photo)
by Compiled from Wire Services Apr 13, 2020 11:31 am
RECOMMENDED

China reported the highest number of new COVID-19 cases in nearly six weeks on Monday, as the country tries to prevent a second wave of coronavirus infections.

China's northeastern border with Russia has become a frontline in the fight against a resurgence of the coronavirus epidemic.

Authorities counted 108 new coronavirus infections over the past day, including 98 cases among travelers returning from abroad, according to the National Health Commission. Half of cases involved Chinese nationals returning from Russia's Far Eastern Federal District, home to the city of Vladivostok, who reentered China through border crossings in Heilongjiang province. This is the highest number of reported infections since March 6, when authorities counted 143 new cases.

The border is closed, except to Chinese nationals, and the land route through the city had become one of few options available for people trying to return home after Russia stopped flights to China except for those evacuating people. Streets in Suifenhe were virtually empty on Sunday evening due to restrictions of movement and gatherings announced last week, when authorities took preventative measures similar to those imposed in Wuhan, the central Chinese city where the virus first emerged late last year.

Beijing on March 28 banned the entry of foreigners into China. However, state media has reported that travelers crossing the border from Russia are spreading the coronavirus in the Chinese border city of Suifenhe in the northeastern Heilongjiang province.

Around 300 coronavirus infections had been confirmed in the city by Saturday, including 100 infected people who did not appear to be showing any symptoms. Of the new cases reported Monday, 10 were locally transmitted infections, including seven cases in Heilongjiang province and three cases in the southern Guangdong province.

The spike in locally transmitted infections comes after authorities had reported a string of days with no such new cases in late March. A new cluster of infections is also feared in the southern metropolis of Guangzhou, in Guangdong province.