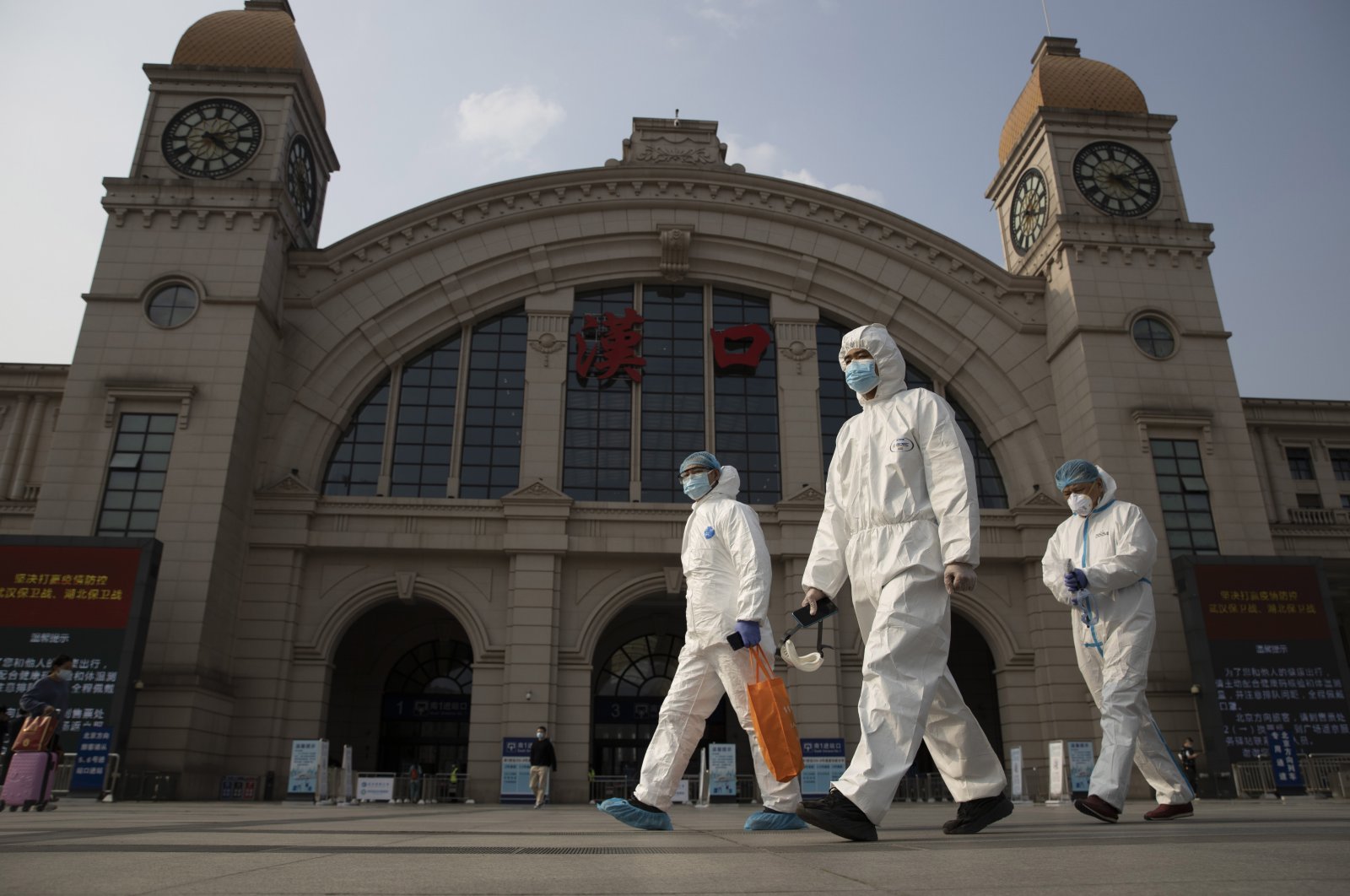 Workers in protective overalls walk past the Hankou railway station on the eve of its resuming outbound traffic in Wuhan in central China's Hubei province, April 7, 2020. (AP Photo)
by ASSOCIATED PRESS Jan 24, 2021 11:39 am
RECOMMENDED

A Chinese city has brought 2,600 temporary treatment rooms into operation as the country’s north battles new clusters of coronavirus.

The single-occupancy rooms in the city of Nangong in Hebei province just outside Beijing are each equipped with their own heaters, toilets, showers and other amenities, the official Xinhua News Agency reported.

Special attention has been paid to Hebei because of its proximity to the capital and the province has locked down large areas to prevent further spread of the virus. The provincial capital Shijiazhung and the city of Xingtai, which encompasses Nangong, have been largely sealed off from the rest of the country. Community isolation and large-scale testing have also been enforced.

China on Saturday marked the anniversary of the start of a 76-day lockdown in the central city of Wuhan, where the virus was first detected in late 2019. A World Health Organization (WHO) inspection team is in the city to probe the virus’ origins, amid stiff efforts by China to defend its response to the outbreak and promote theories that the virus might have come from elsewhere.

The National Health Commission on Sunday reported 19 additional cases had been detected in Hebei over the previous 24 hours. The far northeastern province of Heilongjiang reported another 29 cases, linked partly to an outbreak at a meat processing plant. Beijing, where around 2 million residents have been ordered to undergo new testing, reported two new confirmed cases.

China currently has 1,800 people being treated for COVID-19, 94 of them listed in serious condition, with another 1,017 being monitored in isolation for having tested positive for the virus without displaying symptoms.