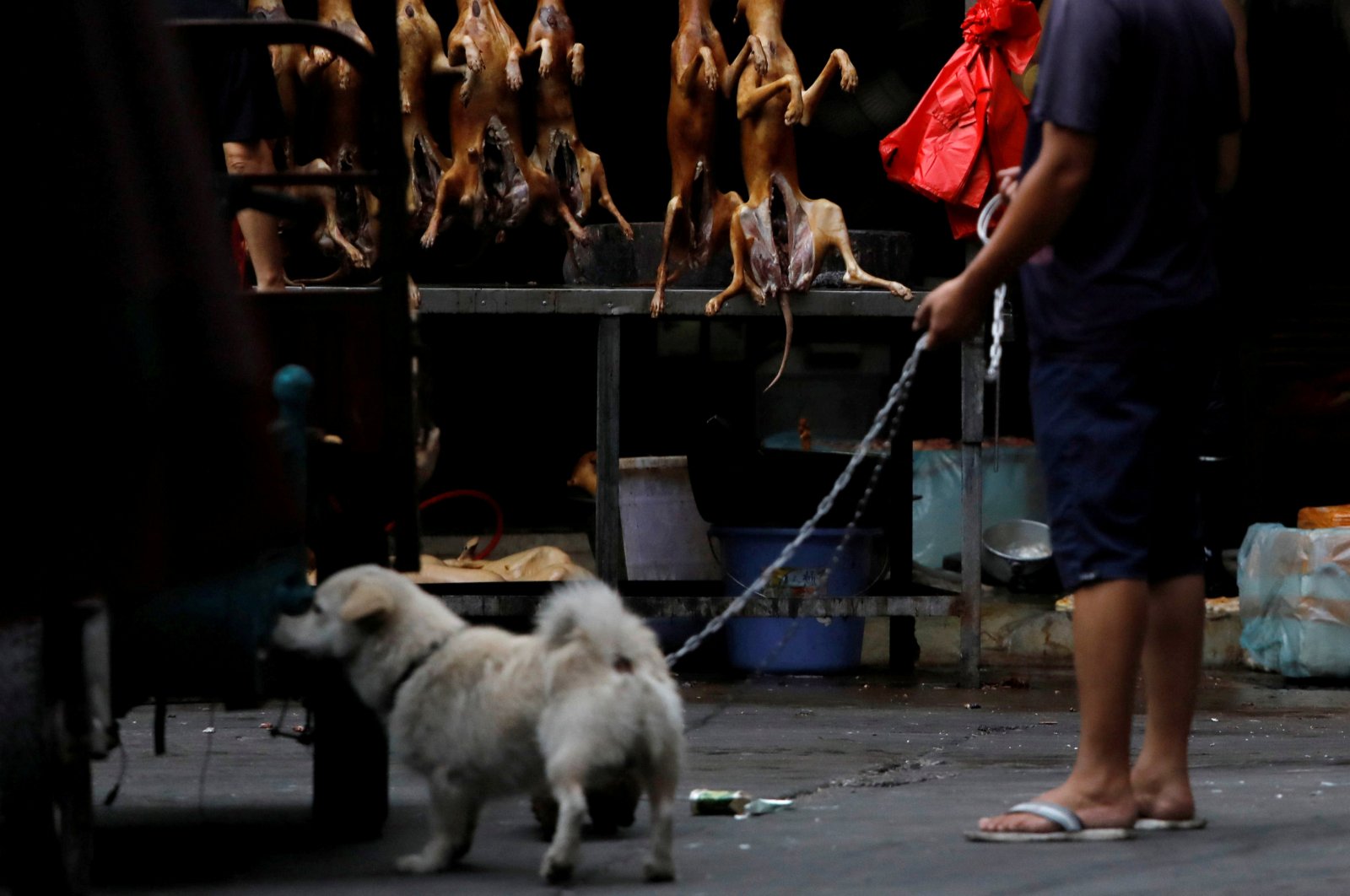 A man walks with his pet dog as he talks to a vendor who sells dog meat at a market during the dog meat festival in Yulin, Guangxi Autonomous Region, China, June 21, 2018. (Reuters Photo)
by DAILY SABAH WITH AGENCIES Jun 22, 2020 4:14 pm
RECOMMENDED

The 10-day dog meat festival in China's southwestern city of Yulin began Sunday despite the widespread outcry against the country’s notorious eating habits that are suspected of causing the coronavirus outbreak. Activists expressed hope that the festival’s days are numbered.

The government is drawing up new laws to prohibit the trade of wildlife and protect pets, and campaigners are hoping that this year will be the last time the festival is held.

"I do hope Yulin will change not only for the sake of the animals but also for the health and safety of its people," said Peter Li, China policy specialist with Humane Society International, an animal rights group.

"Allowing mass gatherings to trade in and consume dog meat in crowded markets and restaurants in the name of a festival poses a significant public health risk," he said.

Many people and animal rights organizations from around the world have condemned the practice of eating wild animals in China and called on the government to take action.

Scientists suspect that the coronavirus passed to humans from animals. Some of the earliest infections were found in people who had been exposed to a wildlife market in Hubei's provincial capital Wuhan, where bats, snakes, civets and other animals were openly sold.

The southern Chinese technology hub of Shenzhen became the first province to outlaw the consumption of dogs and cats in March as part of the country's strict measures against the trade of wildlife.