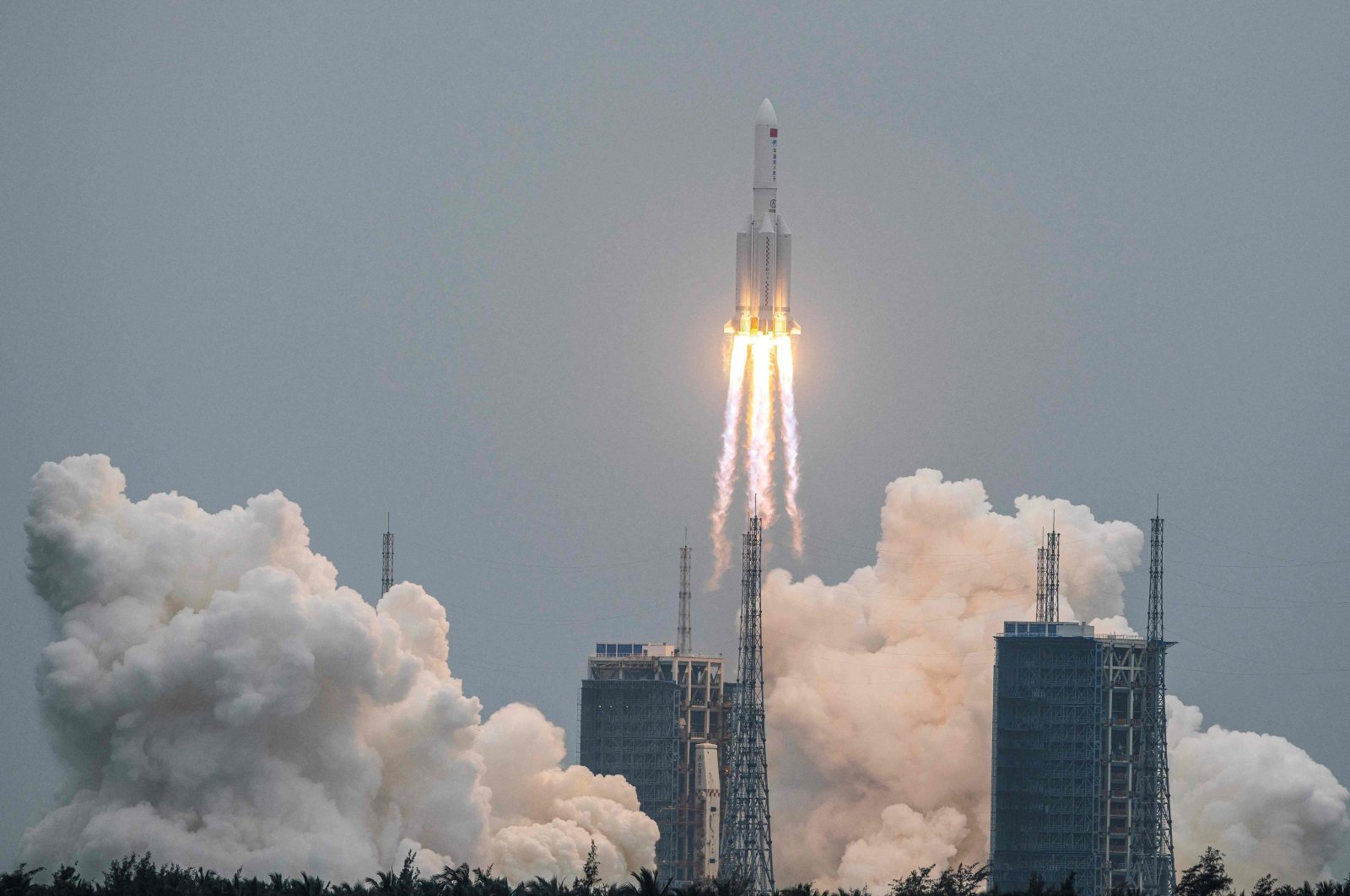 Debris from China's Long March rocket, announced to be out of control on May 7, fell to Earth's surface in the Indian Ocean near the Maldives early Sunday.

Parts of the debris returned to Earth at 10.24 Chinese local time (2:24 a.m. GMT), according to a statement released by the China Manned Space Engineering Office.

Most of the rocket burned up by the time it landed in the ocean, officials said.

People in Jordan, Oman and Saudi Arabia reported sightings of the Chinese rocket debris on social media, with scores of users posting footage of the debris piercing the early dawn skies over the Middle East.

Long March 5B Y2 was launched on April 29 to carry the core module, Tianhe, of China's National Space Administration to its orbit.

Tianhe separated from the core stage of the launcher after 492 seconds of flight, directly entering its initial planned orbit.

China acknowledged on May 7 that debris of its indigenously built rocket was "falling back to earth."

China's space program, with its close military links, hasn’t said why it left the main component of the rocket in space rather than allowing it to fall back to earth soon after discharging its payload, as is usual in such operations. The Long March 5B rocket carried the main module of China’s first permanent space station – Tianhe, or Heavenly Harmony – into orbit on April 29. China plans 10 more launches to carry additional parts of the space station into orbit. An 18-ton rocket that fell last May was the heaviest debris to fall uncontrolled since the former Soviet space station Salyut 7 in 1991. China’s first-ever space station, Tiangong-1, crashed into the Pacific Ocean in 2016 after Beijing confirmed it had lost control. In 2019, the space agency controlled the demolition of its second station, Tiangong-2, in the atmosphere. Both had been briefly occupied by Chinese astronauts as precursors to China's permanent station, now under construction. In March, debris from a Falcon 9 rocket launched by U.S. aeronautics company SpaceX fell to earth in Washington and on the Oregon coast. China was heavily criticized after sending a missile to destroy a defunct weather satellite in January 2007, creating a large field of hazardous debris imperiling satellites and other spacecraft.