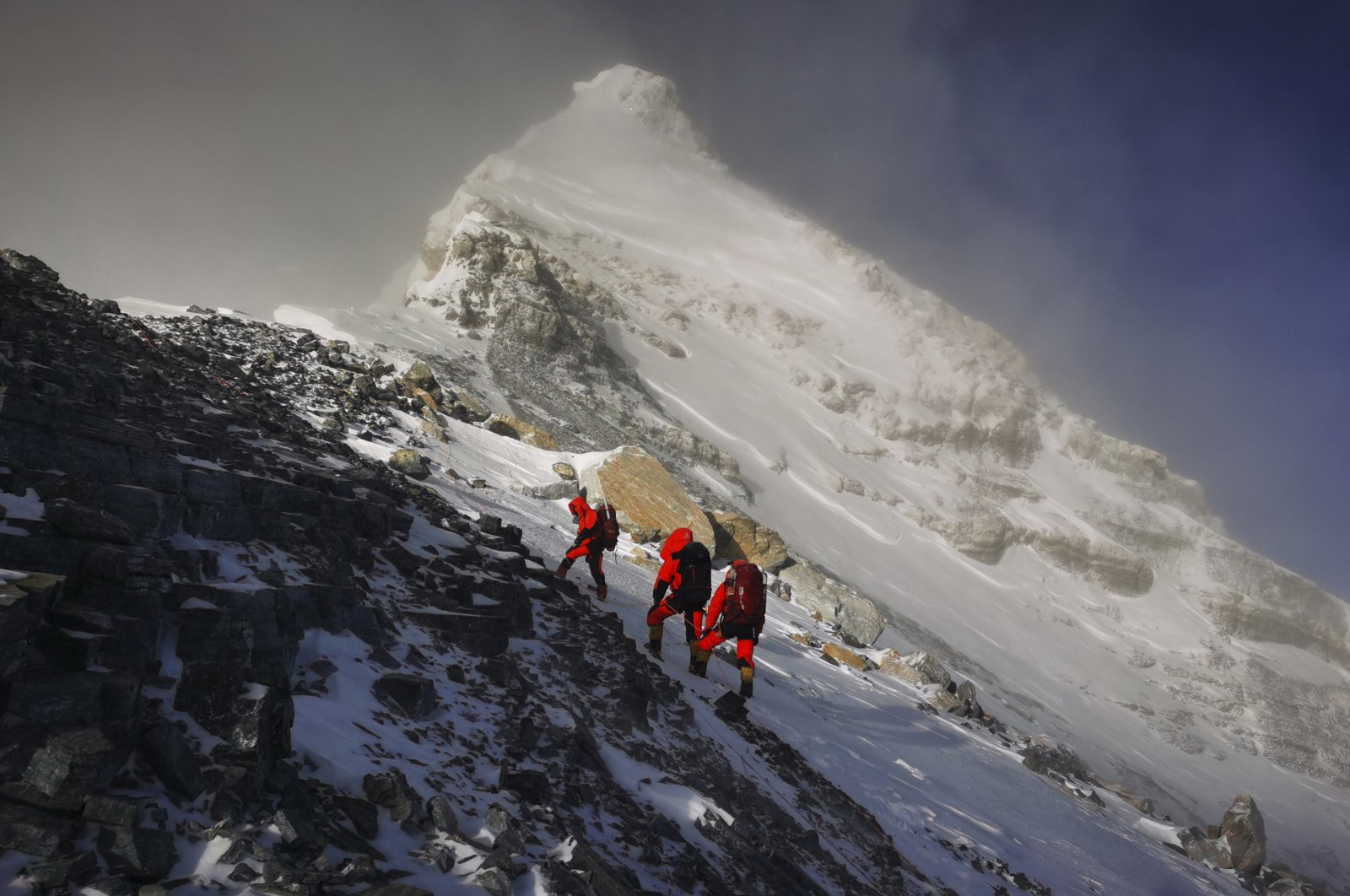 In this photo released by Xinhua News Agency, members of a Chinese surveying team head for the summit of Mount Everest, also known locally as Mt. Qomolangma, May 27, 2020. (AP Photo)
by Agencies May 28, 2020 1:51 pm
RECOMMENDED

A Chinese survey team on Wednesday became the first and perhaps only group to climb Mount Everest this year, part of a project to remeasure the exact height of the world's tallest mountain.

The ascent, reported by Chinese state media, comes after both China and Nepal canceled the spring climbing season on the mountain that straddles their border in a bid to prevent the coronavirus from spreading among expedition teams that typically live for weeks in tightly packed camps with little access to emergency medical help.

That could make the Chinese survey team the only people this year to climb to the peak of Everest, which has seen growing crowds of climbers and mounds of accumulated garbage in recent years as commercial operations make it easier to scale the mountain.

A 53-member team from China’s Ministry of National Resources has been conducting scientific work on Everest since early March. China’s network of Beidou satellites is being used in the survey to determine the mountain’s current height and natural resources, the Xinhua News Agency reported.

Data on snow depth, weather and wind speed are also being measured to aid in glacier monitoring and ecological protection, it said.

Under clear blue skies, the team set up surveying equipment at the peak, and expedition leaders later popped bottles of champagne at their camp below the summit, according to a video livestream provided by Chinese state media.

China has also taken advantage of the lack of climbers to collect garbage from Everest and other popular climbing peaks, the report said.

The Xinhua news agency has touted the expedition as a chance to achieve a highly accurate measurement, saying survey equipment will ping signals off a Chinese satellite and that other "advanced domestic surveying and mapping instruments" will be employed.

The 2019 climbing season saw record overcrowding on Everest, which led to 11 deaths as climbers waited hours in lines to reach the summit with dwindling oxygen supplies.