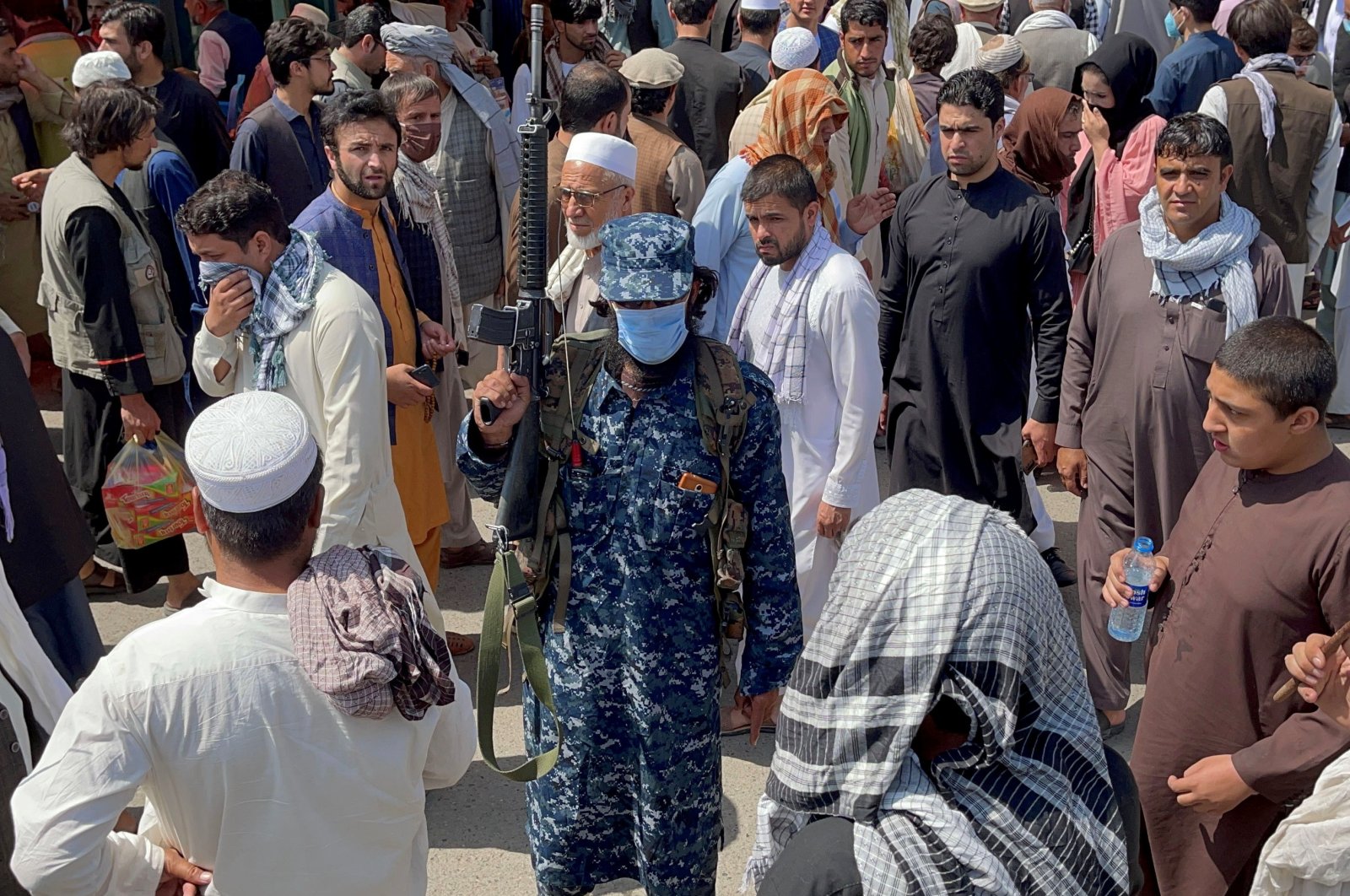 A Taliban security force member stands guard among crowds of people walking past in a street in Kabul, Afghanistan, Sept. 4, 2021. (Reuters Photo)
by French Press Agency - AFP Sep 05, 2021 10:34 am
RECOMMENDED

Afghanistan will "likely" erupt in civil war, the top United States general said Saturday, warning that those conditions could lead to a resurgence of terrorist groups in the country.

As U.S. forces began their withdrawal, the Taliban took over Afghanistan in a lightning campaign, with only the northern province Panjshir holding out against the hard-line militant group.

"My military estimate ... is that the conditions are likely to develop of a civil war," Army Gen. Mark Milley, chair of the Joint Chiefs of Staff, told Fox News.

He questioned whether the Taliban – who are yet to declare a government – would be able to consolidate power and establish effective governance.

"I think there's at least a very good probability of a broader civil war and that will then, in turn, lead to conditions that could, in fact, lead to a reconstitution of al-Qaida or a growth of ISIS or other ... terrorist groups," Milley said, referring to Daesh terrorist group with an alternate acronym.

Emphasizing that he could not predict what would happen next in Afghanistan, he nonetheless gave a bleak assessment.

"The conditions are very likely," Milley told Fox News, "that you could see a resurgence of terrorism coming out of that general region within 12, 24, 36 months."

The U.S. invaded Afghanistan and toppled the first Taliban regime in 2001 in the wake of the 9/11 attacks by al-Qaida, which had sanctuary in the country.

Western governments fear Afghanistan could again become a haven for extremists bent on attacking them.

The U.S. has said it will maintain an "over-the-horizon" capability to strike against any threats to its security in Afghanistan.