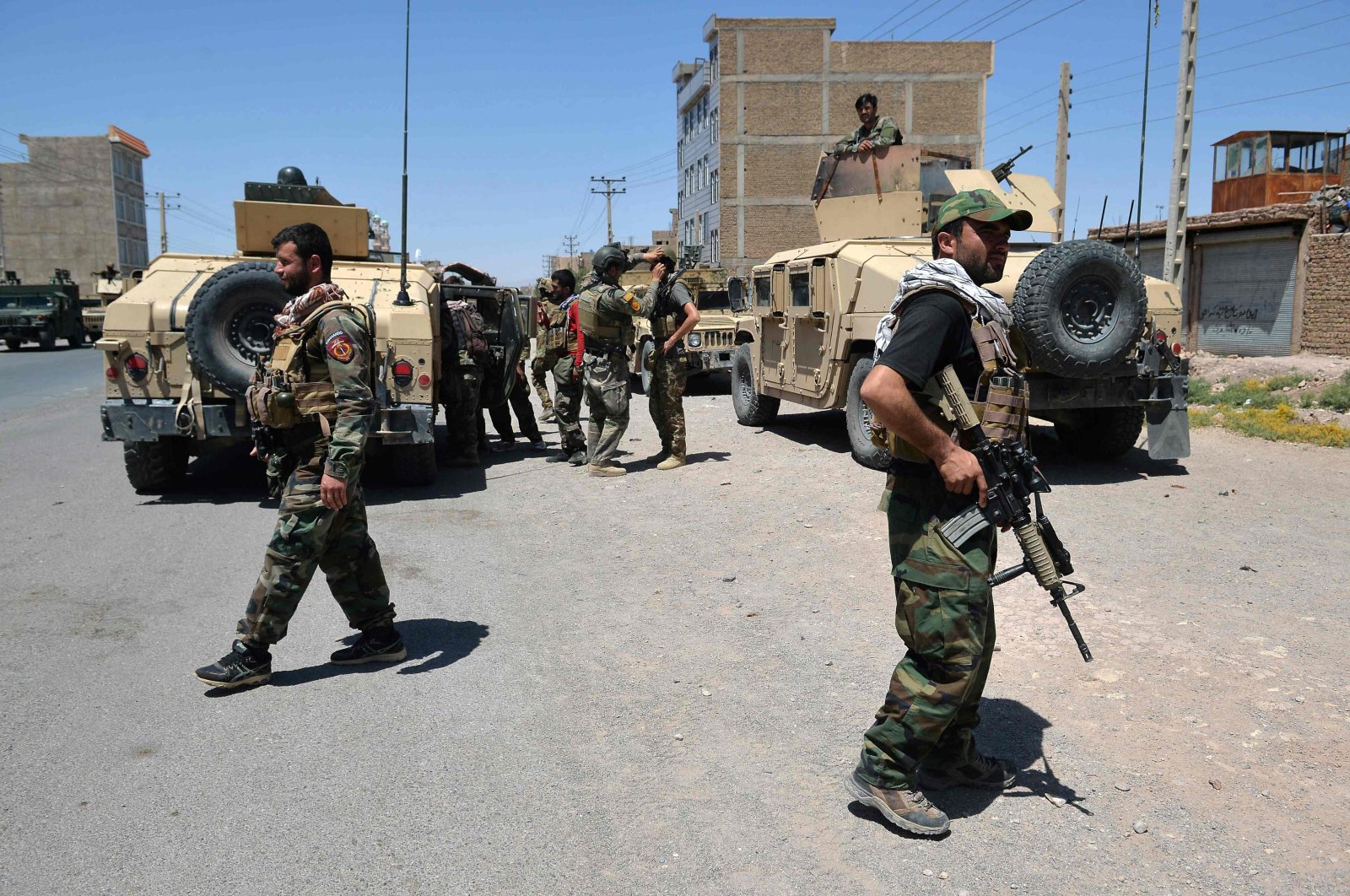 As the Afghan security forces started a counterattack Wednesday against the Taliban in a key southern city, civilians fled with their families from the violence. The Taliban has been stepping up their offensive to capture major urban centers.

There has been intense fighting in recent days in the west and the south of the country, while a bomb-and-gun attack in the capital Kabul killed eight people on Tuesday – followed by another smaller blast the next morning.

Dozens of civilians have died in the battle for Lashkar Gah, a city of 200,000 people that would be the Taliban's biggest urban prize since they launched a nationwide offensive in May.

Resident Saleh Mohammad said hundreds of families tried fleeing as the military asked people to leave on Tuesday, but many found themselves caught up in the crossfire.

"There is no way to escape from the area because the fighting is ongoing. There is no guarantee that we will not be killed on the way," Mohammad said.

"The government and the Taliban are destroying us."

The insurgents have taken control of vast swathes of the countryside and key border towns, taking advantage of the security vacuum left by the withdrawal of U.S. forces.

The Taliban are now targeting cities. Fierce fighting has been ongoing around Herat near the western border with Iran, as well as Lashkar Gah and Kandahar in the south.

The fighting in Lashkar Gah on Wednesday followed another night of heavy clashes between the Taliban and Afghan forces.

The military had asked people to evacuate the city as they prepared for a counterattack.

"Those families which had financial support or a car have left their homes. The families who can not afford to are obliged to stay in their own homes as we are," resident Halim Karimi told Agence France-Presse (AFP).

"We don't know where to go or how to leave. We are born to die."

The loss of Lashkar Gah, the capital of southern Helmand province, would be a massive strategic and psychological blow for the government.

The United Nations reported Tuesday that at least 40 civilians had been killed in Lashkar Gah in the previous 24 hours.

In Kabul, a blast injured three people on Wednesday morning, according to police.

The first bomb exploded in the center of the city, sending a thick plume of smoke into the sky, AFP correspondents reported.

The minister was safe and Afghan forces repelled the attacks, but at least eight people were killed, according to interior ministry spokesperson Mirwais Stanikzai.

Mohammadi later said it was a suicide car bomb attack targeting his house.

Less than two hours after that car bomb detonated, there was another loud blast followed by smaller explosions and rapid gunfire, also near the high-security Green Zone that houses several embassies, including the U.S. mission.

A security source said several attackers stormed a lawmaker's house after setting off the car bomb and shot at the residence of the defense minister from there.

"Several lawmakers were meeting at the house of this MP to make a plan to counter the Taliban offensive in the north," the source told AFP.

No group has yet claimed the attack, but Washington pointed at the Taliban.

Security forces had cordoned off the scene of the attack on Wednesday as troops inspected the buildings and cars damaged by the blasts.

Rubble covered the area while there were bloodstains on some of the floors.