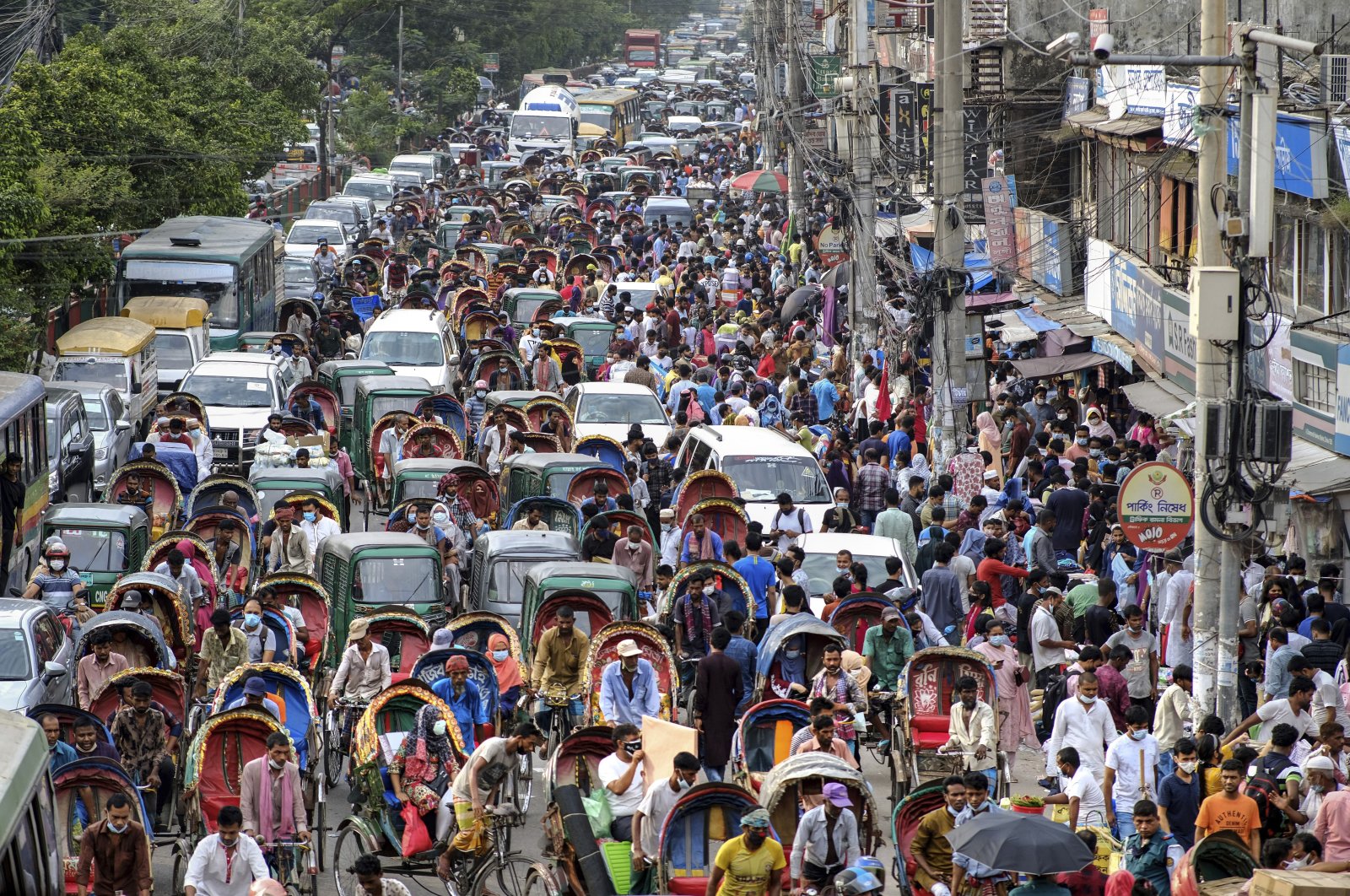 Waiting among hundreds of fellow travelers to catch a ferry out of Bangladesh's capital, unemployed construction worker Mohammed Nijam knew he was risking catching the coronavirus, but he felt it was even riskier to stay in Dhaka with another lockdown looming.

"I have to pay rent every month even though I have no work,” he said, adding that his landlord had been bothering him for money even as he was struggling just to feed himself. "I'd rather go to my village home and lead life as God lets me.”

Nijam is among the tens of millions of Bangladeshis shopping and traveling this week during a controversial eight-day pause in the country's strict coronavirus lockdown that the government is allowing for Qurban Bayram, also known as Eid al-Adha. The suspension has been panned by health experts who warn it could exacerbate an ongoing surge fueled by the highly contagious delta variant, which was first detected in neighboring India.

"Already there is a scarcity of beds, ICUs, while our health care providers are exhausted," said Be-Nazir Ahmed, a public health expert and former chief of the government’s Health Directorate. "So if the situation worsens and more patients come to hospitals, it will be near impossible to deal with the crisis.”

With the spread of the virus rampant, most everything in Bangladesh was ordered shut on July 1, from markets to mass transportation. Soldiers and border guards patrolled the streets and thousands were arrested and sent to jail for violating the lockdown. Yet even with the new restrictions, virus deaths still hovered around 200 each day and daily infections were still around 11,000, both thought to be undercounts.

On Sunday, 225 deaths and 11,758 infections were reported. Despite the warnings from experts – and with just over 4 million of the country’s 160 million people fully vaccinated – the government announced that from July 15-23, all restrictions would be lifted and everything would be reopened so people could celebrate the festival, which is normally a boon to the economy.

"But, in all situations, people must stay alert, use face masks and strictly follow health instructions,” a government policy statement said. Government officials have not responded to criticism of the move. An official with the Ministry of Public Administration, which issued the order pausing the lockdown, referred The Associated Press (AP) to the policy statement when asked for comment. Calls and emails to a spokesperson with the Health Ministry were not returned.

A junior minister from the Ministry of Public Administration, Farhad Hossain, told local media on Saturday that the lockdown needed to be eased as a lot of business revolves around the festival. The result in the capital has been crowds of people jamming into malls and markets to do their holiday shopping and others thronging ports and bus stations as they try to make their way to their rural hometowns.

During the last major Islamic festival in May, an estimated 10 million of Dhaka's 20 million residents left to celebrate with their families. A similar number could travel this week, especially since many like Nijam, the construction worker, may be looking to wait out the next lockdown in their villages. Among the huge crowd of people shopping at Dhaka’s New Market, was Shah Alam, a dental technician.

"As the government has relaxed the situation for a few days, we are coming to markets to buy necessary goods," Alam said. "We are trying to follow the health safety guidelines.”

Ahmed, the health expert, said he sees the main risks of suspending the lockdown as people from the city spreading the virus to their villages and people spreading the virus while they pack into markets for their shopping, especially cattle markets where millions of people will buy animals to sacrifice for Eid al-Adha.

"Maybe hundreds of thousands of cattle markets will be arranged throughout the country starting from the remote village up to the city, and the cattle sellers and others engaged in the business are mainly coming from rural areas, and possibly they will bring the virus with them,” he said.

According to his estimates, 30 million to 40 million people will gather for prayers in mosques or open fields across the country for the festival on Wednesday.

"The Eid congregations are going to be a superspreading event," he said. He said the month after the festival will be a critical time for a country that has already tallied nearly 1.1 million infections and nearly 18,000 deaths from the pandemic. "We may not actually avoid a catastrophic situation,” he said.