Condemnations mount after bloodiest day since coup in Myanmar 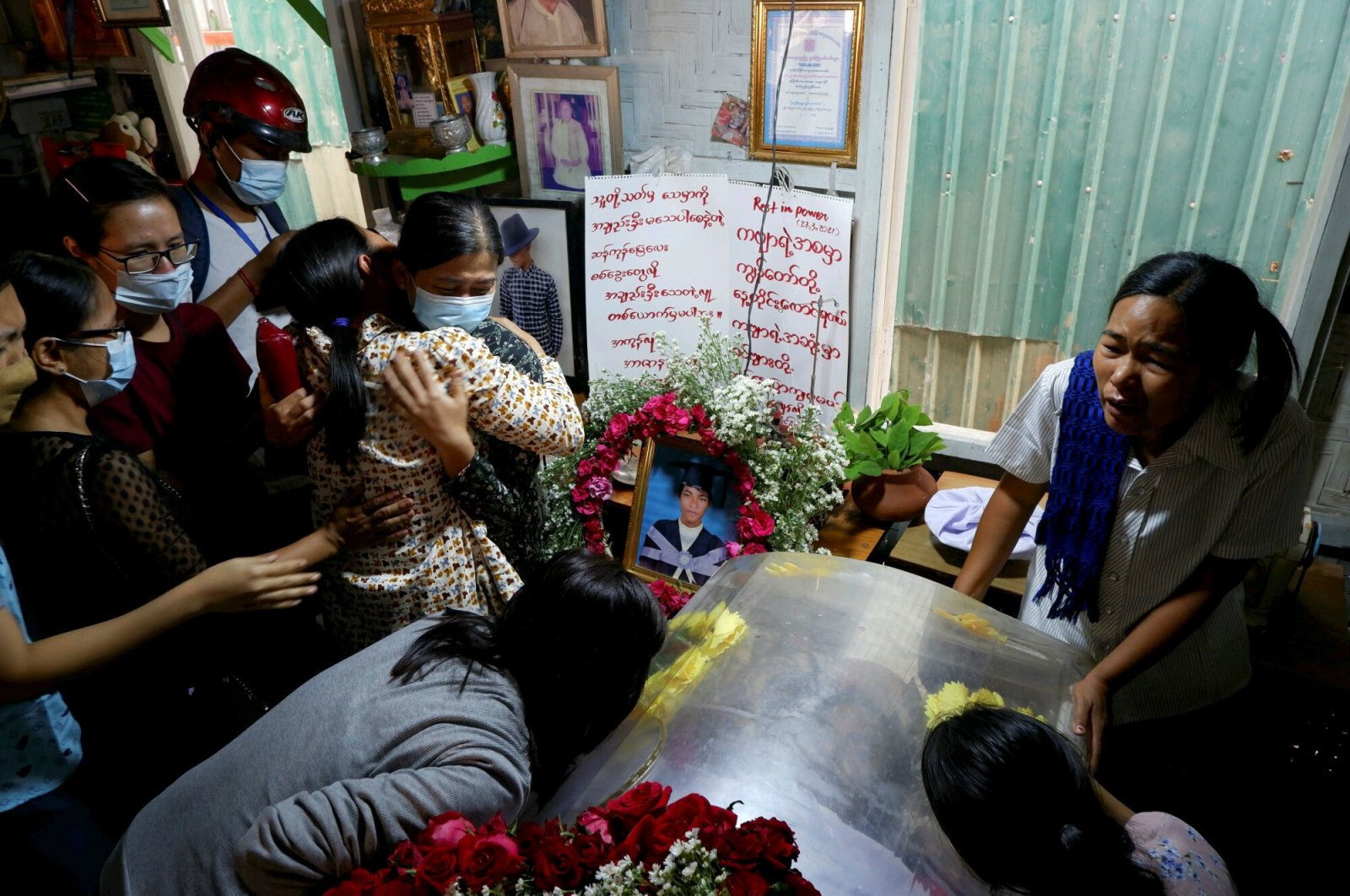 People mourn as they attend the funeral of Kyaw Win Maung, who was shot and killed during a protest against the military coup, in Mandalay, Myanmar, March 28, 2021. (Reuters Photo)
by French Press Agency - AFP Mar 28, 2021 11:20 am
RECOMMENDED

Defense chiefs from a dozen countries on Sunday jointly condemned the bloodbath in Myanmar a day earlier, when at least 110 people – including several children – were killed after security forces opened fire on anti-coup protesters.

Myanmar has been in turmoil since the generals ousted and detained civilian leader Aung San Suu Kyi, triggering mass protests demanding a return to democracy.

The junta on Saturday staged a major show of might for its annual Armed Forces Day as the death toll since the Feb. 1 coup climbed to at least 423, according to a local monitoring group.

The defense ministers of 12 countries including the United States, Britain, Japan and Australia condemned the Myanmar military's use of lethal force against civilians.

"A professional military follows international standards for conduct and is responsible for protecting – not harming – the people it serves," the rare joint statement said.

"We urge the Myanmar Armed Forces to cease violence and work to restore respect and credibility with the people of Myanmar that it has lost through its actions."

Funerals were held Sunday for some of the victims, after the bloodiest day since the putsch.

In Mandalay, the family of Aye Ko, a father of four, commemorated his life at a service after he was killed overnight.

"We are told by the neighbors that Aye Ko was shot and thrown into the fire," a relative told Agence France-Presse.

"He was the only one who fed the family, losing him is a great loss for the family."

Despite the dangers, protesters hit the streets again in the cities of Bago and Monywa, and in the small town of Moe Kaung in Kachin State, according to local media.

By sunset, AAPP said at least 90 people had been killed. Local media, however, put the death toll higher at 114.

"The fact the illegitimate military regime is targeting children is a grave act of inhumanity."

Rebels in eastern Myanmar's Karen state said they had been targeted in airstrikes late Saturday, hours after the ethnic armed group seized a military base.

Hsa Moo, an ethnic Karen and human rights activist said three people were killed and at least eight were injured.

It was the first air assault in years in the state, and targeted the Fifth Brigade of the Karen National Union (KNU) – one of the country's largest armed groups – which says it represents the ethnic Karen people.

The junta did not immediately comment, and there was no official confirmation of any casualties.

There was a grand parade of troops and military vehicles in the capital Naypyidaw on Saturday where junta leader General Min Aung Hlaing defended the coup and pledged to yield power after new elections.

But he also issued a threat to the anti-coup movement, warning that acts of "terrorism which can be harmful to state tranquillity and security" were unacceptable.

Armed Forces Day commemorates the start of local resistance to the Japanese occupation during World War II and usually features a military parade attended by foreign military officers and diplomats.

The junta announced that eight international delegations attended Saturday's event, including those of China and Russia – with a state media broadcast showing Russian Deputy Defense Minister Alexander Fomin in the audience.

The U.S. Embassy in Yangon urged American citizens to limit their movements on Sunday.

"If you must travel move cautiously and ensure you have the ability to communicate with loved ones while traveling," American Citizen Services tweeted.

The warning came a day after the U.S. cultural center in Yangon had shots fired at it Saturday.

"I deeply feel sorry for all the people who have lost their lives on the streets," she said in an emotional address, before singing Michael Jackson's "Heal the World."

The Myanmar embassy in London on Sunday confirmed the ambassador met with Suu Kyi's youngest son Kim, 44, last week, who reiterated a request to speak to his mother by telephone.