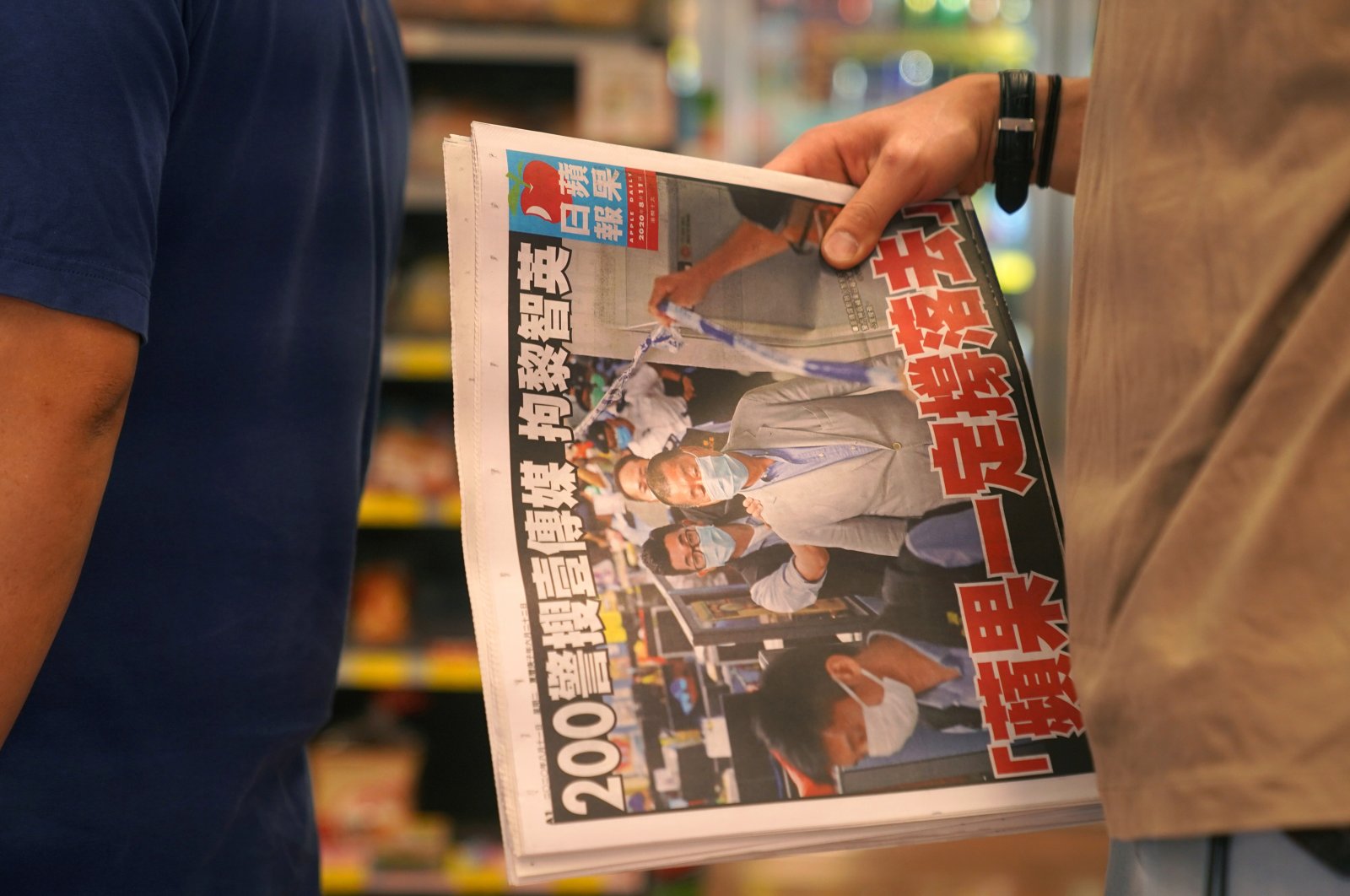 A man waits to pay for an Apple Daily newspaper with the headline "Apple Daily will fight on" after media mogul and founder Lai Chee-Ying, aka Jimmy Lai, was arrested by the national security unit inside a convenience store in Hong Kong, China, Aug. 11, 2020. (Reuters Photo)
by German Press Agency - DPA Aug 11, 2020 2:02 pm
RECOMMENDED

Hong Kong residents bought copies of the Apple Daily en masse on Tuesday, a day after the newspaper's founder was arrested in the biggest blow yet to the city's anti-Beijing movement since the passing of the national security law in June.

"Apple Daily must fight on," read a headline on the front page, which also carried a picture of the arrest on Monday of the organization's founder, Lai Chee-Ying, who goes by the name Jimmy Lai.

Hong Kong residents queued to buy the periodical in a show of support for Lai and several other senior executives at the newspaper's publishing company, Next Digital, where they were arrested as part of the crackdown. The newspaper was sold out at several stores in the financial hub.

Next Digital's shares surged 331.4% by the end of the trading session on Tuesday.

Critics say the arrests, followed by an unprecedented raid on the newspaper's offices by more than 200 police officers on Monday, may have marked the end of press freedom in the semi-autonomous Chinese territory.

Asked about the future of press freedom in Hong Kong, Chinese Foreign Ministry spokesperson Zhao Lijian said "there is nothing to worry about" as long as agencies and individuals in the city do not violate the law.

The legislation was met with swift criticism by Western powers, including the United States, which announced sanctions against Hong Kong officials believed to be suppressing freedoms in the city. China retaliated with sanctions against U.S. politicians and heads of organizations.