Coronavirus cases in India rise to 28, including 16 Italians 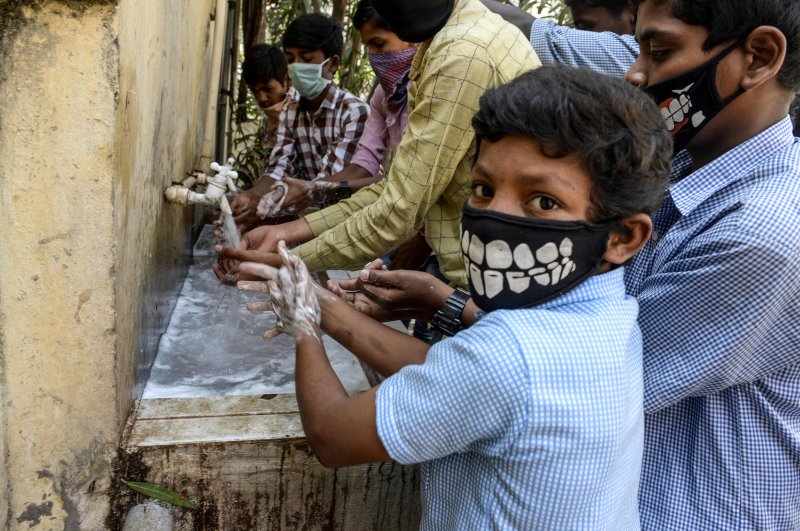 Students wearing facemasks wash their hands before attending a class at a governement-run high school in Secunderabad, the twin city of Hyderabad, on March 4, 2020, as part of health measures taken against the COVID-19 coronavirus outbreak. (AFP Photo)
by REUTERS Mar 04, 2020 12:14 pm

Sixteen Italians in india have tested positive for coronavirus, India's health minister said on Wednesday, as the total number of cases in the country rose sharply to 28.

On Monday, the world's second-most populous country had only six reported cases of coronavirus, but it is one of the places U.S. intelligence agencies are most closely monitoring due to concerns over how it would cope with a widespread outbreak.

An Italian visiting the western desert state of Rajasthan was among those who had tested positive earlier.

And on Wednesday, Health Minister Harsh Vardhan said 15 of 21 tourists from Italy - Europe's worst-affected country - who had been taken to a quarantine facility on the outskirts of New Delhi had tested positive for the virus.

Their Indian driver was also placed in quarantine, the minister said.

Vardhan said authorities were taking extra precautions against the spread of the virus after the sharp rise in cases.

"We will now screen all international passengers. We will not limit our screenings to 12 countries as we did earlier," Vardhan told a news conference.

More than 93,000 cases have been reported worldwide, and several thousand have died from the flu-like coronavirus, which emerged in the central Chinese city of Wuhan late last year and has since spread to more than 80 countries.