Daesh claims rocket attack on US air base in Afghanistan 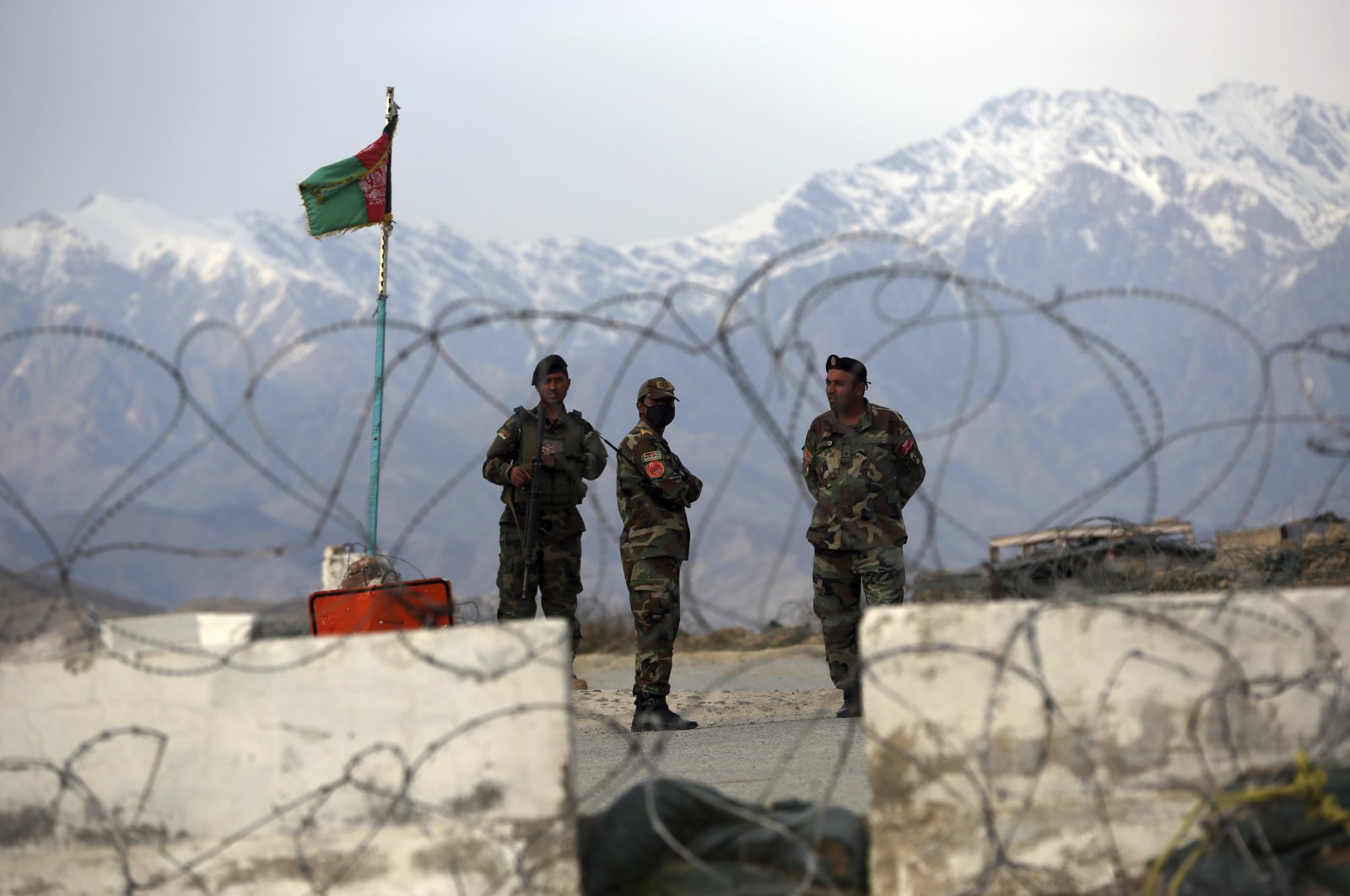 Afghan National Army soldiers stand guard at a checkpoint near the Bagram base in northern Kabul, Afghanistan, April 8, 2020. (AP Photo)
by Agencies Apr 09, 2020 10:12 am

Five rockets hit a U.S. air base in Afghanistan on Thursday, but there were no casualties, two senior security officials said. The Daesh terrorist group claimed responsibility for the attack.

The attack comes as the Afghan government has launched the release of Taliban prisoners from a jail near the Bagram base, as part of a confidence-building step in a U.S.-Taliban peace deal aimed at ending about two decades of war in Afghanistan.

"Five rockets were fired at Bagram airfield early this morning," the NATO-led mission, Resolute Support, said on Twitter. "There were no casualties or injuries."

The rockets targeting the largest U.S. military compound in Afghanistan were fired from a vehicle parked in an adjoining village.

A hundred Taliban members are scheduled to be freed on Thursday from the detention facility near the base, following Wednesday's release of 100 members of the insurgent group.

The prisoner exchange deal provides for the government to free 5,000 Taliban prisoners, with the Taliban releasing 1,000 members of the Afghan security forces in exchange.

But the Taliban rebuffed the overture, saying they were unable to verify which prisoners had been released.

The Afghan government said it was committed to honoring the deal but would not release senior Taliban commanders accused of carrying out some of the most brutal attacks in recent years.