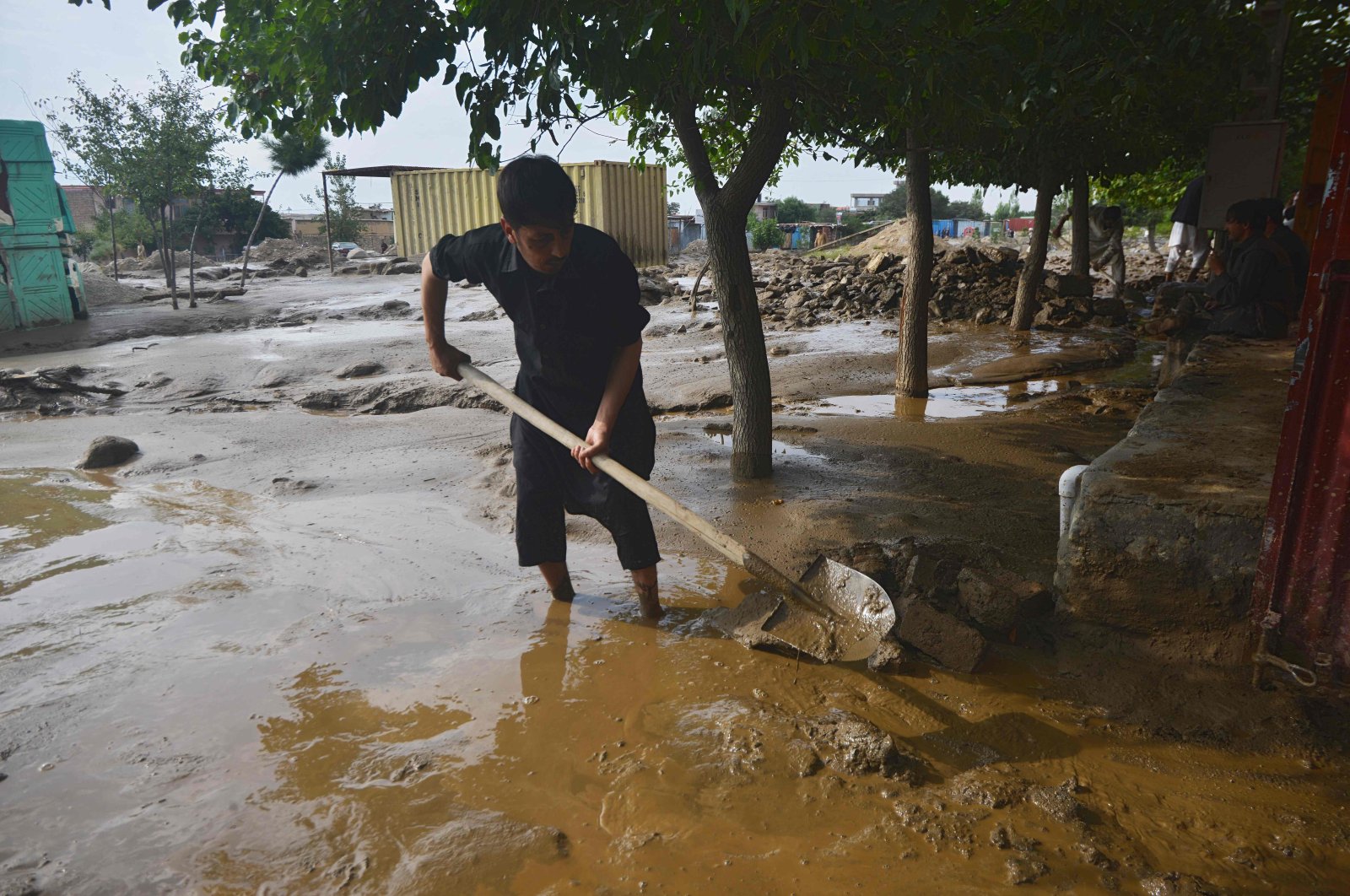 A flash flood-affected villager uses a shovel to clear the mud after heavy rains at Charikar in Parwan province on Aug. 26, 2020. (AFP Photo)
by ASSOCIATED PRESS Aug 26, 2020 11:10 am
RECOMMENDED

The death toll from two days of heavy flooding in northern and eastern Afghanistan rose to at least 150 on Thursday, with scores more injured as rescue crews searched for survivors beneath the mud and rubble of collapsed houses, officials said.

Flash floods inundated the city of Charikar in northern Parwan province starting Tuesday night. The Health Ministry said Wednesday that the local hospital was partially destroyed and many injured were being transferred to the capital Kabul.

Powerful floodwaters in the mountainous province dislocated thousands of large rocks that caused major injuries and destroyed entire homes, burying people under the rubble, officials said. Several excavators reached the area and were digging for those stuck beneath the rubble.

He said 102 people died in Parwan and 19 in the capital of Kabul. In other provinces, 17 died in northern Kapisa, seven in eastern Wardak, three in northern Panjshir, two in eastern Nangarhar and one in eastern Paktia and over 200 others were injured.

In neighboring Pakistan – which struggles every year to cope with the annual monsoon deluge – heavy rains have lashed many parts of the country this week.

The southern port city of Karachi, also the nation’s financial capital, was the hardest hit. Pakistan Navy boats on Thursday evacuated hundreds of people from flooded areas of the city. At least 99 people have died in rain-related incidents across Pakistan since Sunday, the country’s national disaster management agency said.