Death toll rises to 19 in tanker truck blast in China, over 170 injured 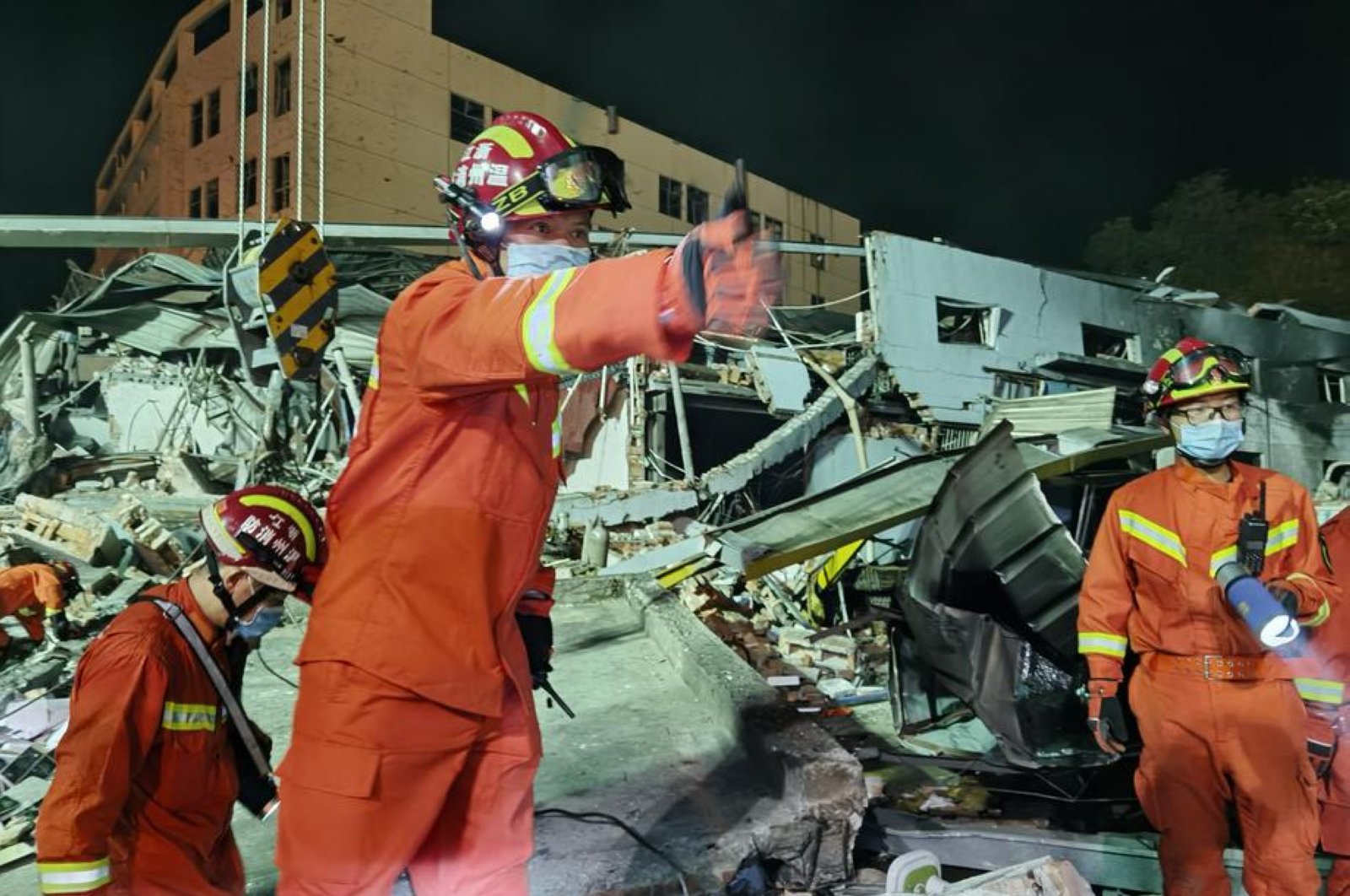 Rescuers work on a damaged building in the aftermath of an oil tanker explosion in Wenling, Zhejiang province, China, June 14, 2020. (EPA-EFE Photo)
by French Press Agency - AFP Jun 14, 2020 11:55 am
RECOMMENDED

The number of people killed in a tanker truck explosion on a highway in eastern China has climbed to 19, with more than 170 injured, local authorities said Sunday.

The force of the blast on Saturday afternoon caused nearby homes and factories to collapse and sent huge clouds of black smoke billowing into the air as flames engulfed several cars.

Local government authorities said Sunday afternoon there were 172 people injured in the accident near Wenling city in the eastern province of Zhejiang.

China's emergency management department had earlier said there were 189 injured people being treated at hospitals.

Dramatic video footage of the accident published by state media showed a huge ball of fire shooting into the air as people screamed.

19 dead, over 170 injured as tanker truck explodes on highway in eastern China, causing collapse of nearby homes and factorieshttps://t.co/lSzeYUlNPl pic.twitter.com/1s5R55btHR

In one clip, a large piece of debris is seen flying into the air before crashing on some nearby buildings.

Another video showed the remains of the tanker and several truck tires smashed into a building that had been reduced to rubble.

Local authorities said the truck was loaded with liquefied gas.

State news agency Xinhua reported Sunday that there was a second blast when the truck fell onto a workshop near the expressway after the first explosion.

Deadly road accidents are common in China, where traffic regulations are often flouted or not enforced.

Last year, at least 36 people died and 36 others were hurt in eastern China when a packed bus with a flat tire collided with a truck.