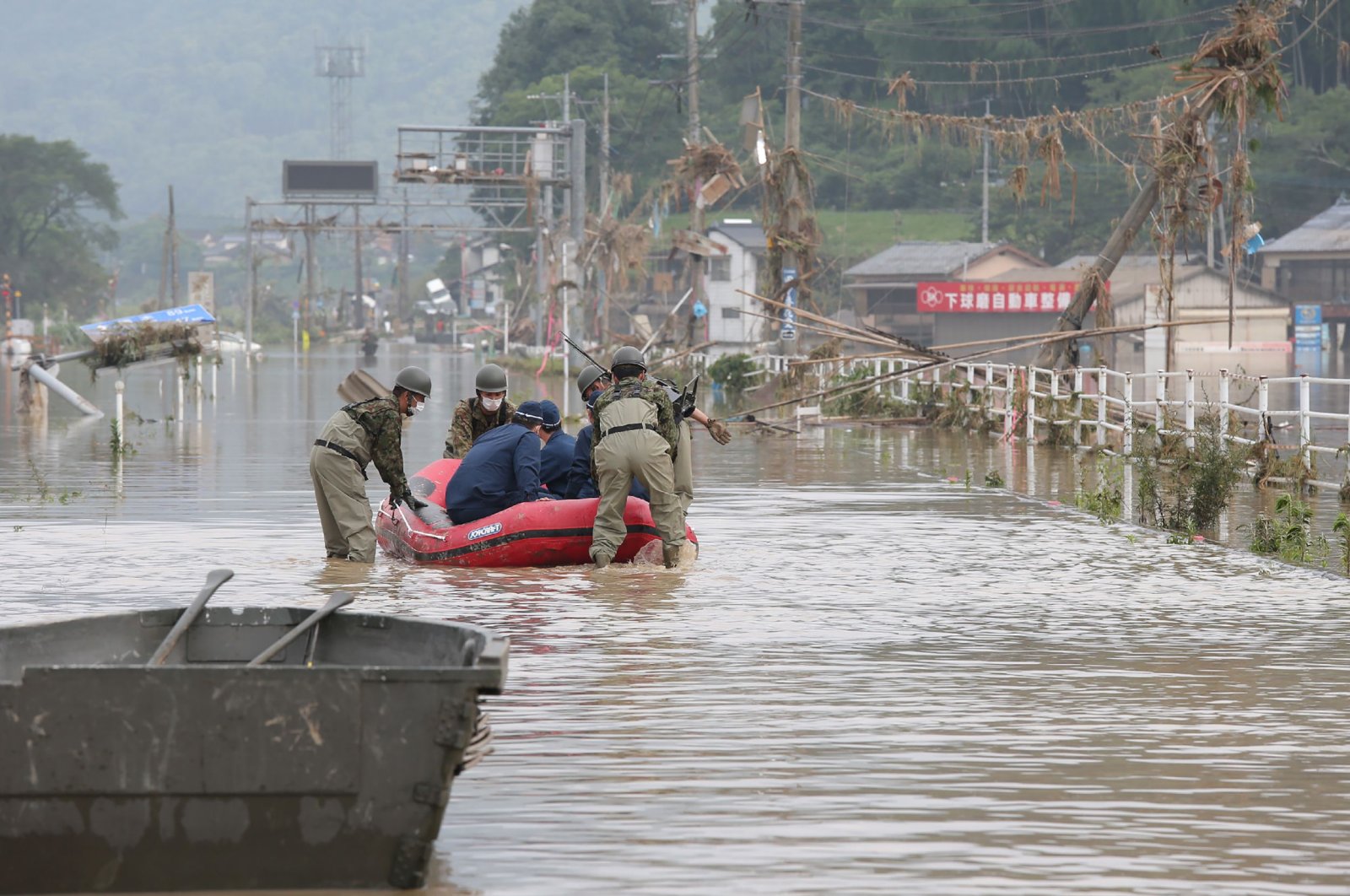 Tens of thousands of rescue workers in Japan on Monday combed through the wreckage of houses shattered by deadly floods and landslides in a desperate search for survivors as the death toll rose and more torrential rain loomed.

Flooding and mudslides that began on the weekend have killed 21 people so far. A further 18 people were showing no vital signs and presumed dead pending official confirmation, and 13 people were missing, Chief Cabinet Secretary Yoshihide Suga said at a news conference.
"I offer my deepest condolences for those who have passed from the torrential rains," Suga said, adding that some 40,000 members of the Self-Defence Force were involved in rescue missions. He added that evacuation centers were also working on preventing the spread of the coronavirus by distributing disinfectant and asking evacuees to maintain their distance from each other. As of Saturday, some 200,000 have been ordered to evacuate their homes, according to Kyodo news agency.

In one of the hardest-hit areas, residents spelled the words "rice, water, SOS" on the ground, while others waved towels and called for rescue and relief goods. At a nursing home for the elderly, 14 people were feared dead when water from a nearby river inundated the ground floor, leaving those in wheelchairs unable to reach higher ground. Emergency services, aided by locals in rafts, managed to rescue around 50 staff and residents from the facility, bringing them to safety by boat.

Japan is currently in the middle of its annual rainy season which frequently delivers deadly floods and landslides. Climate change is also playing a role because a warmer atmosphere holds more water, increasing the risk and intensity of flooding from extreme rainfall. In 2018, more than 200 people died in devastating floods in the same region of Japan. The floods are Japan's worst natural disaster since Typhoon Hagibis in October last year that left about 90 people dead.