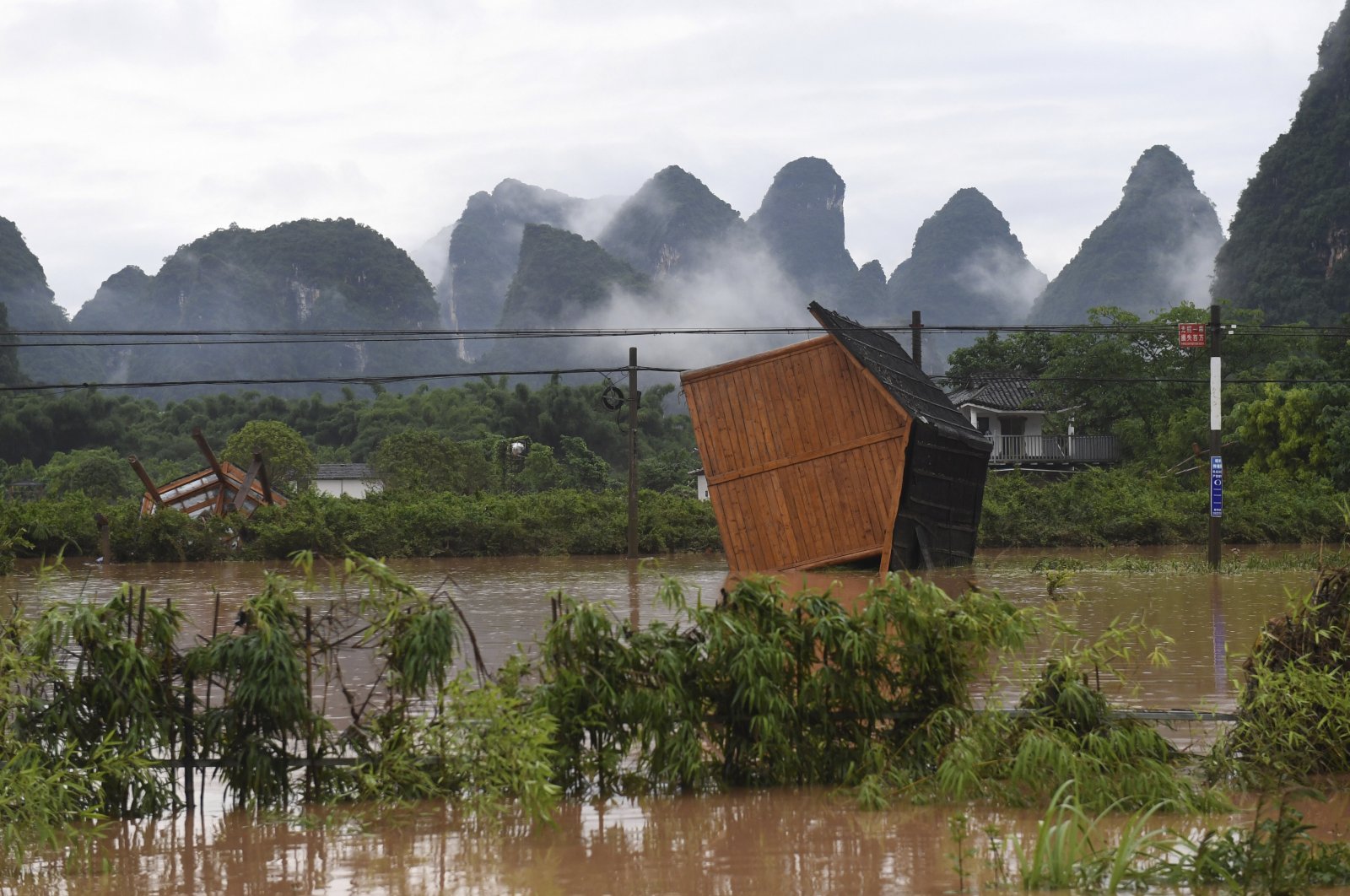 In this June 7, 2020, photo released by Xinhua News Agency, facilities at a tourism site are toppled in the aftermath of a flood after heavy downpour in Yangshuo of Guilin, south China's Guangxi Zhuang Autonomous Region. (Lu Boan/Xinhua via AP)
by ASSOCIATED PRESS Jun 10, 2020 10:17 am

Flooding in south and central China has caused more than a dozen deaths and forced hundreds of thousands of people from their homes, the government said Wednesday.

About 228,000 people have been forced to seek emergency shelter due to flooding since June 2, the country's Ministry of Emergency Management said.

Initial damages were estimated at more than $500 million, including the destruction of more than 1,000 homes.

Seasonal flooding generally causes heavy damage each year in the lower regions of China's major river systems, particularly those of the Yangtze and the Pearl to the south. Authorities have sought to mitigate the hardship through the use of dams, particularly the massive Three Gorges structure on the Yangtze.

China's worst floods in recent years were in 1998, when more than 2,000 people died and almost 3 million homes were destroyed.