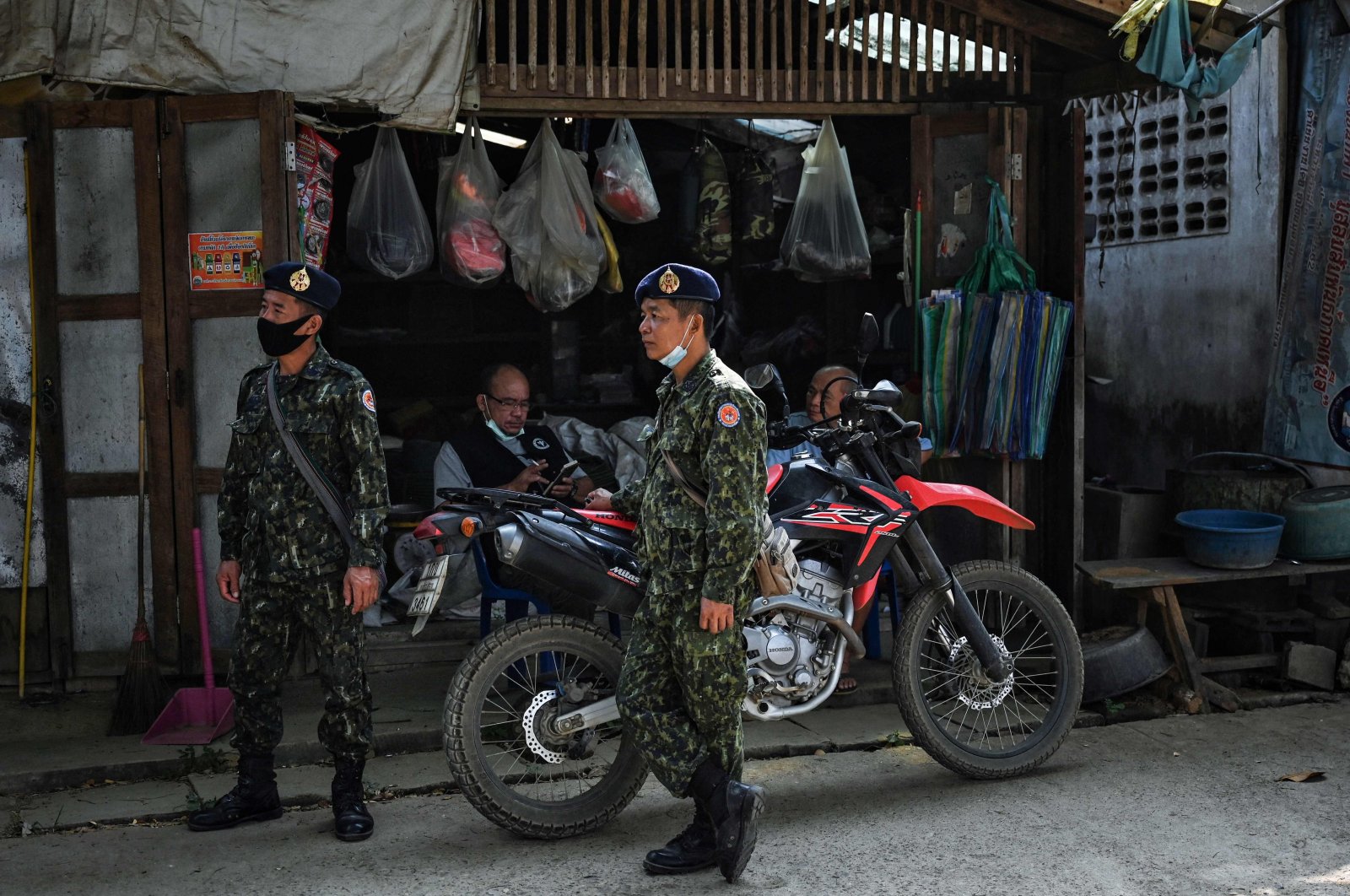 Some 50 Myanmar refugees who fled airstrikes to neighboring Thailand "voluntarily" returned across the border Wednesday, Thai authorities said, despite reports of continued bombings in their home state.

Myanmar's military has launched air attacks in eastern Karen state for four straight days – the first such strikes in the area in more than 20 years – forcing 7,000 people to flee their homes.

The junta's attacks targeted territory held by the Karen National Union (KNU), one of Myanmar's largest ethnic armed groups which had earlier seized a military base.

The group has also been publicly critical of the military coup and has been sheltering hundreds of anti-coup activists in their territory since security forces started deploying lethal weapons to quell nationwide protests.

Over the weekend, some 3,000 ethnic Karen people fled the bombings into Thailand's Mae Hong Son province. Authorities said Wednesday a small group who escaped the fighting was ferried back across the Salween River, which marks the border between the two nations.

"A group of 56 people who escaped fighting have voluntarily crossed back into Myanmar by five mid-sized boats ... by 9:50 a.m.," said a notice released by provincial authorities. Another 201 refugees who had also agreed to the "voluntary return" remain on the Thai side.

"Most of them are children, women, elderly and patients who will return to Myanmar," the notice said, without specifying when they will make the crossing.

A first large batch of refugees – about 2,300 – had already returned to Myanmar earlier this week. A Karen human rights activist told Agence France-Presse (AFP) that Thai authorities had pushed the people back and accused them of blocking United Nations refugee officials from the area.

Premier Prayut Chan-ocha – a former general who came to power in 2014 by staging a coup – denied this, with his spokesperson reiterating Wednesday that they would "not push them back against their will."

An official from the U.N. refugee agency said they still had "not been granted access" to the group.

The sleepy village of Mae Sam Laep on Tuesday saw a handful of injured refugees make an emergency crossing across the Salween River, before being rushed to a nearby hospital.

A doctor said their injuries came from shrapnel – the most serious case was a 15-year-old who had a collapsed lung.

"They are still afraid of the bombing," said Mae Sam Laep resident Hkara, 70.

The ethnic Karen explained she had crossed the border when she was younger to escape similar attacks.

"Nobody wants to go back right now," she said.

Saw Lab Bray – who crossed over Tuesday for emergency medical treatment – said he was worried for his family left in Myanmar.

"I don't want them to suffer like me," he said, his arms and legs cut up by shrapnel.