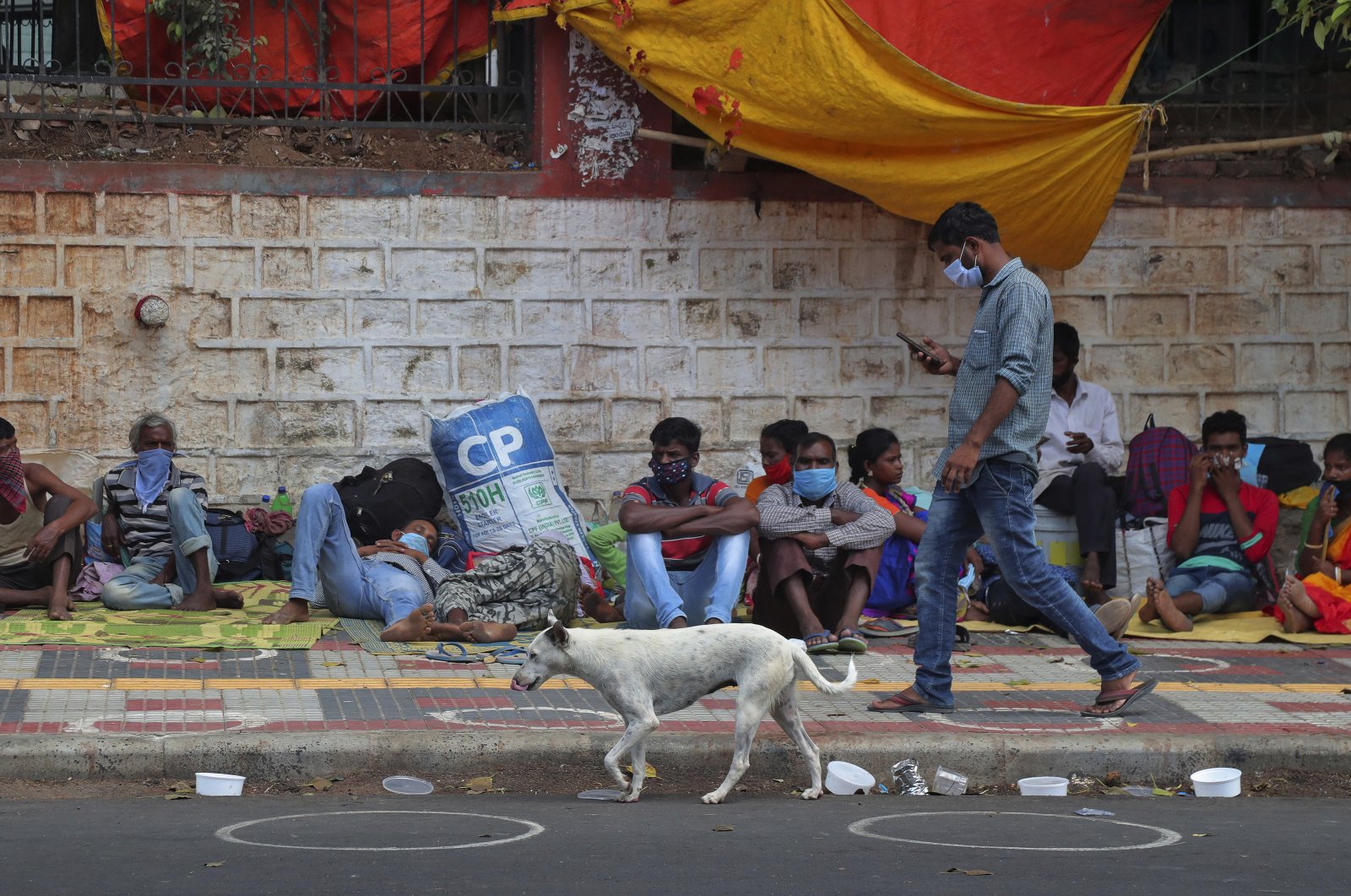 Migrant workers from other states rest on a pavement as they wait for trains to their home states, Hyderabad, India, June 9, 2020. (AP Photo)
by DAILY SABAH WITH AGENCIES Jun 09, 2020 1:59 pm

As the WHO reported a record number of new coronavirus cases globally, many poor regions in Latin America and Asia ease restrictions despite one-day records of new COVID-19 infections or deaths

With a number of countries last weekend reporting their biggest-ever one-day total of coronavirus infections, concerns have grown over a further surge of the outbreak in underdeveloped regions with less adequate health systems. Tedros Adhanom Ghebreyesus, director-general of the World Health Organization (WHO), said Monday the pandemic was “worsening” globally, noting that more than 136,000 cases had been reported in a single day, with almost 75% of these from 10 countries in the Americas and South Asia.

In many poor regions where crowded slums and streets mean even basic measures such as handwashing and social distancing are difficult to enforce, the coronavirus is exploding amid a lifting of restrictions. Last week, Brazil, Mexico, South Africa, India and Pakistan all saw one-day records of new infections and deaths as they reopened public spaces and businesses.

In Latin America, countries geared up for the worst as the outbreak escalated, with Brazil, Mexico and Peru particularly hard hit. Johns Hopkins University numbers showed Brazil recorded more than 36,000 coronavirus deaths Monday, the third-highest in the world, just ahead of Italy. There were nearly 692,000 cases, putting it second behind the U.S. In Mexico, President Andres Manuel Lopez Obrador urged the public to stay calm after officials last week reported escalating fatalities that rivaled those in Brazil or the U.S.

South Africa’s cases are “rising fast,” according to President Cyril Ramaphosa. More than half of its approximately 48,000 confirmed cases have been recorded in the last two weeks, prompting concerns that Africa’s most developed economy could see a steep rise in infections shortly after restrictions are relaxed.

Fears in Asia that the virus may not be under control persist, with the death toll and infection rate climbing sharply in India, even as the government lifted some curbs Monday after a 10-week lockdown. Pakistan on Tuesday reported the highest daily spike ever in deaths from the coronavirus, reporting 105 fatalities over the last 24 hours, the Health Ministry said. With the latest surge, the death toll in the country reached 2,172. The previous highest daily tally was 97. Pakistan’s poverty level hovers around 30%, measured as those who earn $1.90 a day or less. Pakistanis have also been stubbornly refusing to take precautions like wearing masks and social distancing even as Khan went on television late on Monday to reprimand the population and plead with them to wear masks.

COVID-19 deaths have passed 404,000 worldwide, with more than seven million infections, since the disease emerged in China late last year before sweeping the globe, subjecting billions to some form of lockdown and paralyzing economies.

Amid the WHO's warnings, New York, the epicenter of America's coronavirus outbreak, entered the first phase of its reopening after almost three months of lockdown, while some of Europe's hardest-hit nations lurched back to a new kind of normal. Twenty-one U.S. states have reported weekly increases in new cases of COVID-19, with Arizona, Utah and New Mexico all posting rises of 40% or higher for the week ended June 7 compared with the prior seven days, according to a Reuters analysis. The three southwestern states joined hot spots in the South to help push the national number of new infections in the first week of June up 3%, the first increase after five weeks of declines, according to the analysis of data from The COVID Tracking Project, a volunteer-run effort to track the outbreak.