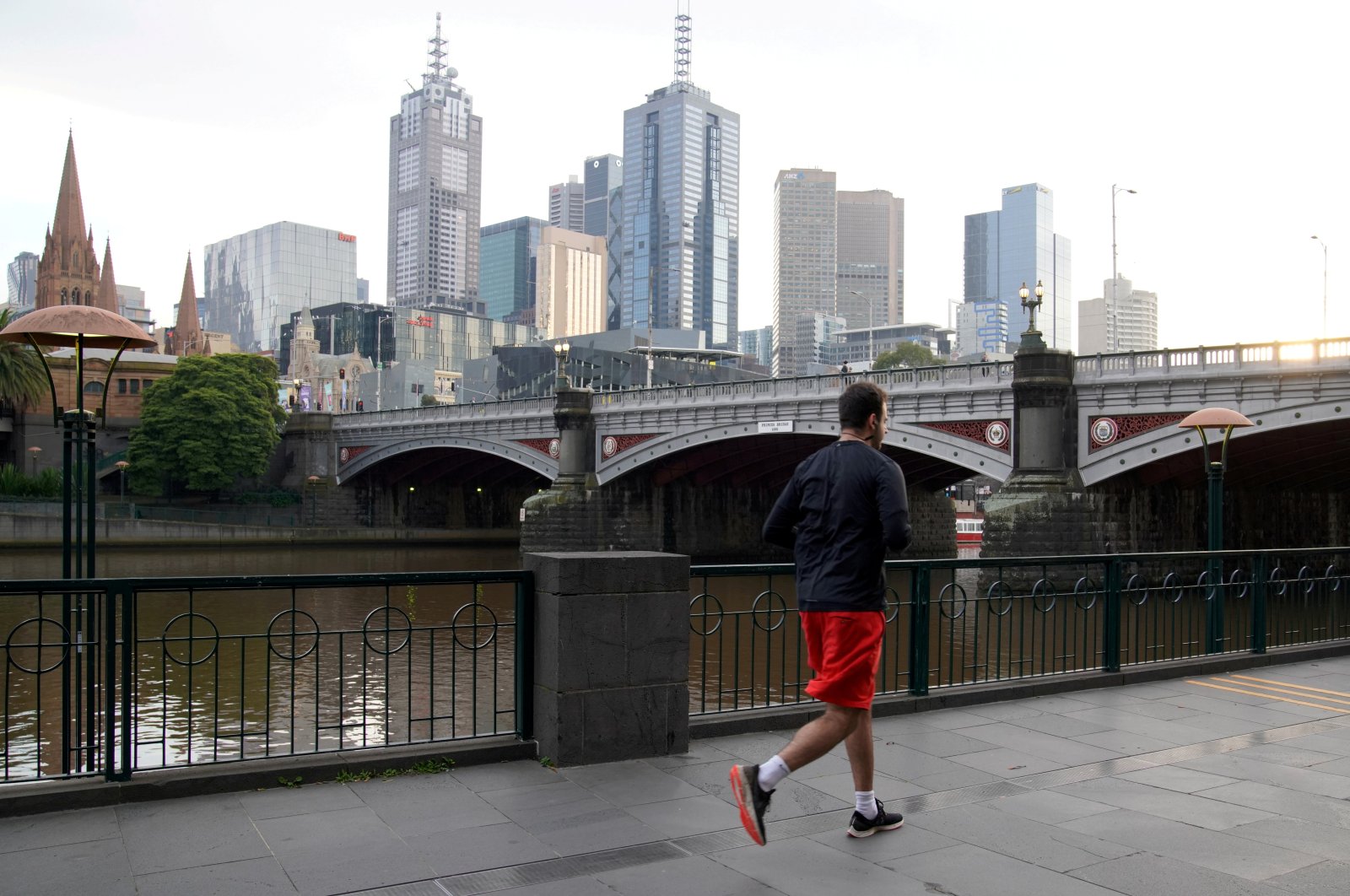 A man runs along a waterway after lockdown restrictions were implemented in response to an outbreak of COVID-19 in Melbourne, Australia, July 10, 2020. (Reuters Photo)
by FRENCH PRESS AGENCY
Oct 20, 2020 9:47 am

Espionage in Australia had eclipsed Cold War levels, the country's spymaster told parliament Tuesday, in a speech warning that citizens were being monitored and harassed by foreign powers.

Several politicians across the ideological spectrum have become embroiled in investigations into suspected overseas influence operations – most notably from China.

"There are more foreign spies and their proxies operating against Australian interests than there were at the height of the Cold War," said Australian Security Intelligence Organisation (ASIO) chief Michael Burgess.

He warned that diaspora groups living in Australia were being monitored and harassed by foreign governments.

An Agence France-Presse (AFP) investigation has shown ethnic Uighur exiles from China's Xinjiang region have been targeted while living in Australia and other democratic countries.

Students from Hong Kong enrolled in Australian universities have also reported intimidation and threats to family back home after last year's pro-democracy protests in the financial hub.

Burgess did not refer to China by name in his speech to lawmakers in Canberra.

But he said the foreign surveillance and intimidation of diaspora groups was "nothing less than an attack on Australia's sovereignty."

"It is unacceptable that people in Australia are being intimidated, simply for advocating for democratic reforms or criticizing human rights abuses," he said.

In recent years, several Australian politicians have been embroiled in scandals after taking cash donations from Beijing-linked donors or being accused of participating in Chinese propaganda efforts.

Burgess warned that the country's politicians were prominent targets in efforts "to steal our secrets and manipulate our decision making."

"We see evidence of intelligence services deceptively cultivating politicians of all levels of government to advance the interests of the foreign countries," he added.

The ASIO chief's predecessor Duncan Lewis last year warned that China was attempting to "take over" Australia's political system through espionage and influence-peddling.

He singled out incidents of Chinese agents making large contributions to Australian political parties as part of a wide-ranging campaign that also targeted media and the country's universities.

The impact in Australia has long concerned the United States, which has repeatedly warned its ally against complacency.

Australia and Washington are members of the Five Eyes intelligence-sharing alliance – which also includes Britain, Canada and New Zealand.