EU expands sanctions against Myanmar junta ahead of ASEAN summit 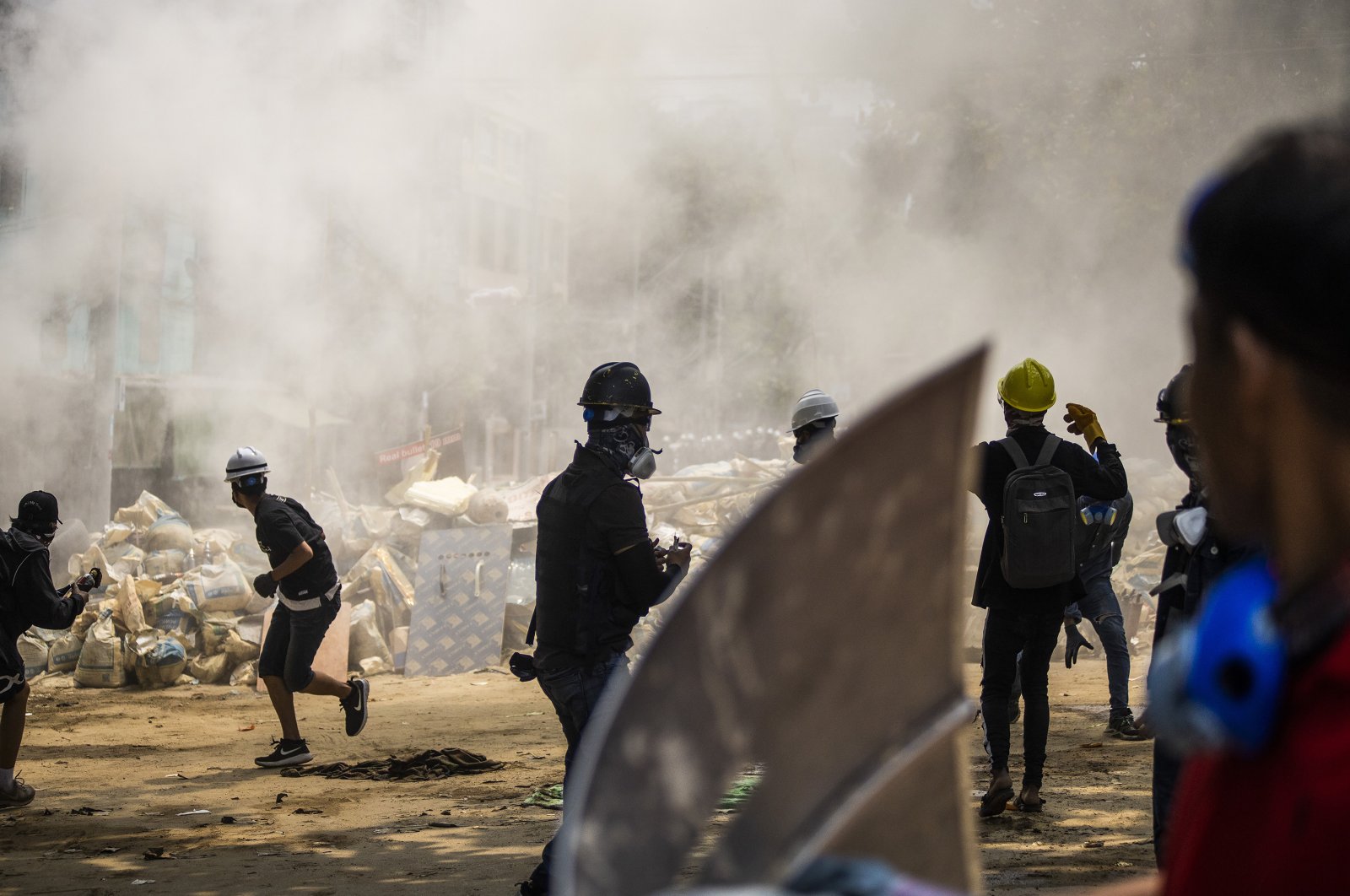 The European Union expanded its sanctions against leaders of Myanmar's junta and army-controlled companies as Southeast Asian countries prepare for a summit in Jakarta this week, where states will discuss the never-ending crisis in Myanmar.

The Council of the European Union's latest sanctions target 10 individuals and two military-controlled companies already subject to sanctions by the United States, Britain and other governments. It is unclear if such moves are having any impact as the military escalates its efforts to crush opposition to its seizure of power.

Myanmar's economy is already in crisis, worsened by the coronavirus pandemic and by the mass civil disobedience movement that arose following the Feb. 1 coup.

The EU said the number of individuals sanctioned was expanded to 35 people it believed were responsible for undermining democracy and the rule of law, for repressive decisions and for serious human rights violations. The two military-controlled companies, Myanma Economic Holdings Public Company Ltd. (MEHL) and Myanmar Economic Corp. (MEC), have vast holdings in many industries and help to fund the military.

All are subject to having their assets frozen, travel banned and other measures. EU citizens and businesses are banned from doing business or providing funds to them without special permission. "Today’s decision is a sign of the EU’s unity and determination in condemning the brutal actions of the military junta, and aims at effecting change in the junta’s leadership," the EU said in a statement, according to remarks carried by The Associated Press (AP).

"Today’s decision also sends a clear message to the military leadership: continuing on the current path will only bring further suffering and will never grant any legitimacy," it said.

Since the coup, security forces have killed at least 738 protesters and bystanders, according to the Assistance Association for Political Prisoners (AAPP), which monitors casualties and arrests. It says more than 3,200 people are still detained, among them are the nation's deposed civilian leader Aung San Suu Kyi and President Win Myint.

The EU already had an embargo on sales to Myanmar of arms and equipment that can be used for internal repression, an export ban on dual-use goods for use by the military and border guard police, export restrictions on equipment for monitoring communications that could be used for internal repression, and a prohibition on military training for and military cooperation with the army.

Last week, the U.S. S&P 500 said it was removing India's Adani Ports and Special Economic Zone Ltd. from its sustainability index due to its alleged dealings with Myanmar authorities. Adani did not respond to a request for comment on that move.

Former U.N. Secretary-General Ban Ki-moon Monday exhorted the U.N. Security Council to act immediately to halt the violence and protect civilians. So far, the council has not taken such action, which would likely be blocked by China and Russia.

His remarks came weeks after the group toned down a statement on Myanmar by changing a draft that suggested sanctions might be considered. Chiding that international groups’ commitments to avoiding interference in domestic affairs is no excuse for "inaction in the face of serious human rights abuses,” Ban said the Association of Southeast Asian Nations (ASEAN) – which is holding a summit on Myanmar this month – should at least agree to send a high-level delegation to Myanmar. He also pressed current Secretary-General Antonio Guterres to become directly involved.

"The United Nations and its regional partners now have a fleeting window to cooperate through strong action to halt the ongoing atrocities in Myanmar and prevent a further escalation of violence,” Ban said at a virtual Security Council meeting about the U.N.'s work with various regional organizations around the world.

The ASEAN secretariat said Tuesday that the bloc will discuss the crisis in Myanmar at a summit in Jakarta Saturday, but Thailand's prime minister said several nations will only be represented by their foreign ministers.

Prime Minister Prayuth Chan-ocha said he would not be attending and that Thailand would be represented by Deputy Prime Minister Don Pramudwinai, who is also the country's foreign minister.

"Some other countries will also send their foreign ministers," Prayuth, a former army chief who led a coup in Thailand in 2014, told reporters after a weekly Cabinet meeting, as Reuters reported.

A Thai government official said Saturday that Myanmar junta chief Min Aung Hlaing would go to Jakarta, although the Myanmar government has not commented. However, this is seen as unlikely because, in previous stints of military rule, Myanmar has usually been represented at regional meetings by a prime minister or foreign minister.

The 10-member ASEAN has been trying to find a way to guide fellow member Myanmar out of the bloody turmoil that it descended into after the military overthrew an elected government, led by Nobel laureate Aung San Suu Kyi, on Feb. 1.

But there have been divergent views among ASEAN members over how to respond to the army's use of lethal force against civilians and the group's policies of consensus and noninterference in each other's affairs have limited its ability to act.

Indonesia, Malaysia, the Philippines and Singapore have sought to ramp up pressure on the junta. Thailand, Myanmar's neighbor, has said it is "gravely concerned" about escalating bloodshed, but close military ties and fears of a flood of refugees mean it is unlikely to go further.

Brunei, the current chair of the bloc, said after a meeting of the group's foreign ministers in March that ASEAN expressed concern about the situation in Myanmar and called on "all parties to refrain from instigating further violence."

Romeo Jr. Abad Arca, assistant director of the community relations division of the ASEAN Secretariat, said Saturday's summit would take place at its Jakarta headquarters under strict health and security protocols due to the coronavirus pandemic, confirming an earlier advisory.