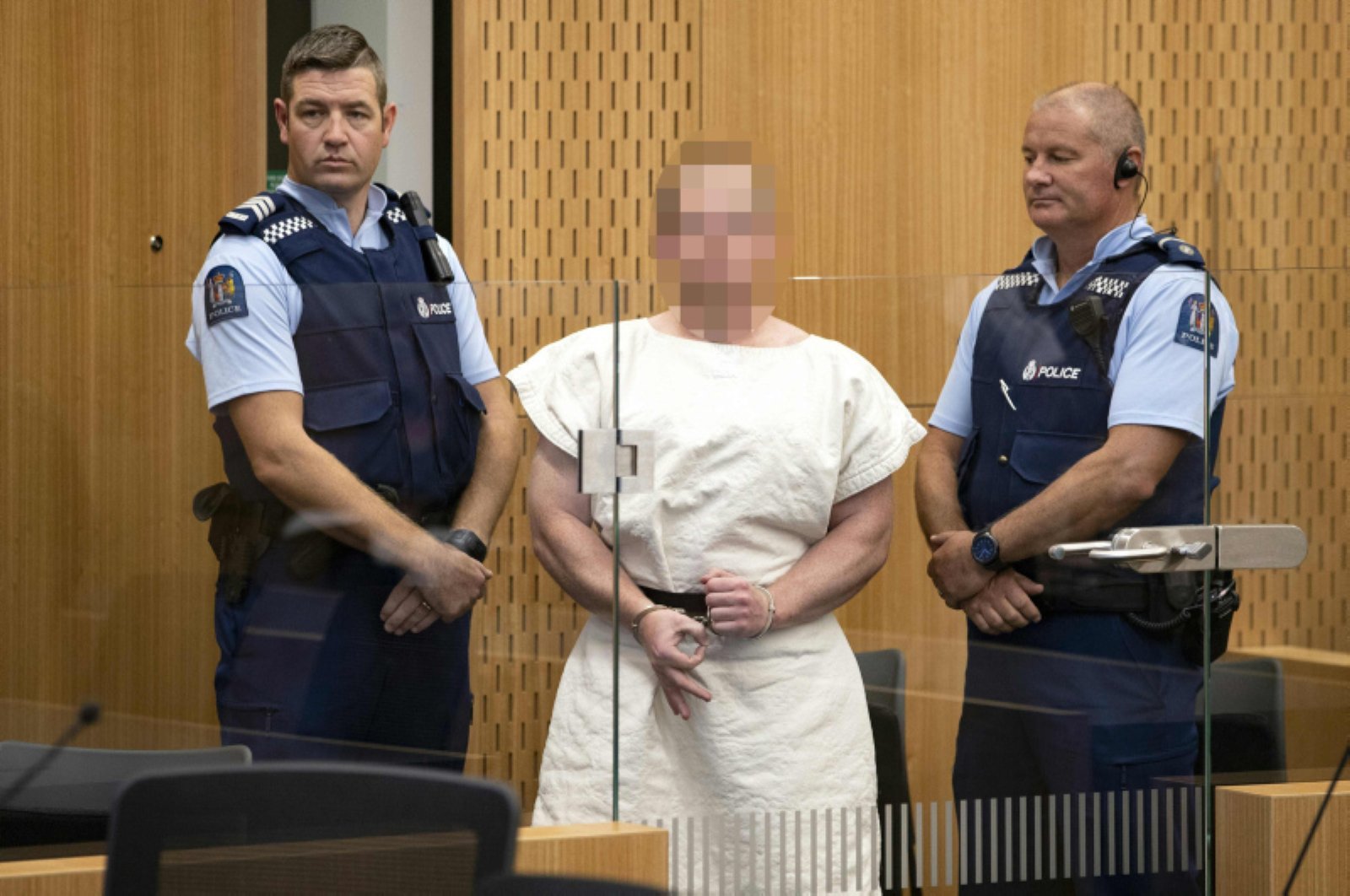 Brenton Tarrant, the terrorist charged in relation to the Christchurch massacre, makes a sign to the camera during his appearance in the Christchurch District Court on March 16, 2019. (AFP Photo)
by Daily Sabah with Wires Mar 26, 2020 1:43 am

The terrorist killed 51 civilians at Al-Noor and Linwood mosques in March 2019.

Since the terrorist attack, Muslims across the world have continued to be the target of growing far-right extremism and an ideology of hatred.

Muslim communities across the world have suffered numerous hate attacks in recent years with many blaming the surge of attacks on an anti-Muslim discourse existing in the media and supported by politicians, most notably in Western countries. The marginalization of Muslim communities has paved the way for public desensitization, turning it into a widespread sociological issue. Some countries have just started to report anti-Muslim attacks, while others have yet to do so. Toward the end of last year, the second anti-Muslim report cited 349 cases throughout 2016 and 2017 in Australia.

A Turkish mosque in Germany’s Rothenbach recently received a letter containing a death threat and a bullet, just a day after the memorial for the victims of Hanau.