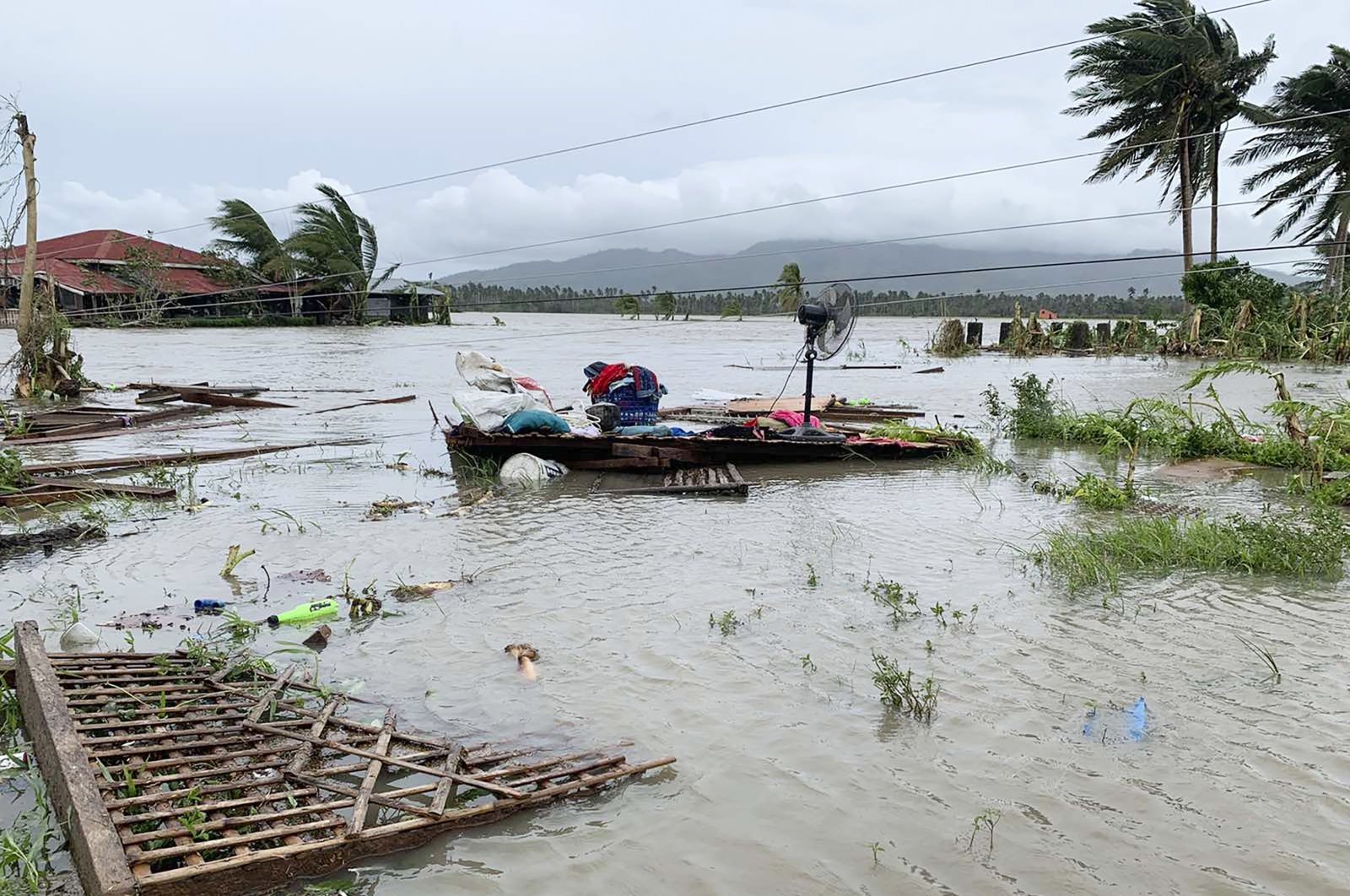 A fast-moving typhoon forced thousands of villagers to flee to safety in provinces south of the Philippine capital Monday, flooding rural villages and ripping off roofs, officials said.

There were no immediate reports of casualties from Typhoon Molave, but authorities reported at least one person was missing and seven others were rescued after their yacht sank off Batangas province south of Manila.

The typhoon has sustained winds of 125 kilometers (77 miles) per hour and gusts of up to 180 kph (112 miles) per hour and was blowing westward at 25 kph (15 mph). Molave is expected to start blowing out of the country into the South China Sea on Monday, government forecasters said. At least 25,000 villagers were displaced with about 20,000 taking shelter in schools and government buildings which were turned into evacuation centers, according to the Office of Civil Defense.

"Villagers are now asking to be rescued because of the sudden wind which blew away roofs,” Humerlito Dolor, governor of Oriental Mindoro province, told DZMM radio. Dolor said pounding rains overnight swamped farming villages in his province then fierce winds toppled trees and power posts early on Monday, knocking off power. Authorities were clearing roads of fallen trees and debris in some towns after the typhoon passed, he said.

More than 1,800 cargo truck drivers, workers and passengers were stranded in ports after the coast guard barred ships and ferry boats from venturing into rough seas. About 20 typhoons and storms annually batter the Philippines, and the Southeast Asian archipelago is seismically active, with earthquakes and volcanic eruptions, making it one of the world’s most disaster-prone countries.