Fear grows as COVID-19 numbers skyrocket in many countries 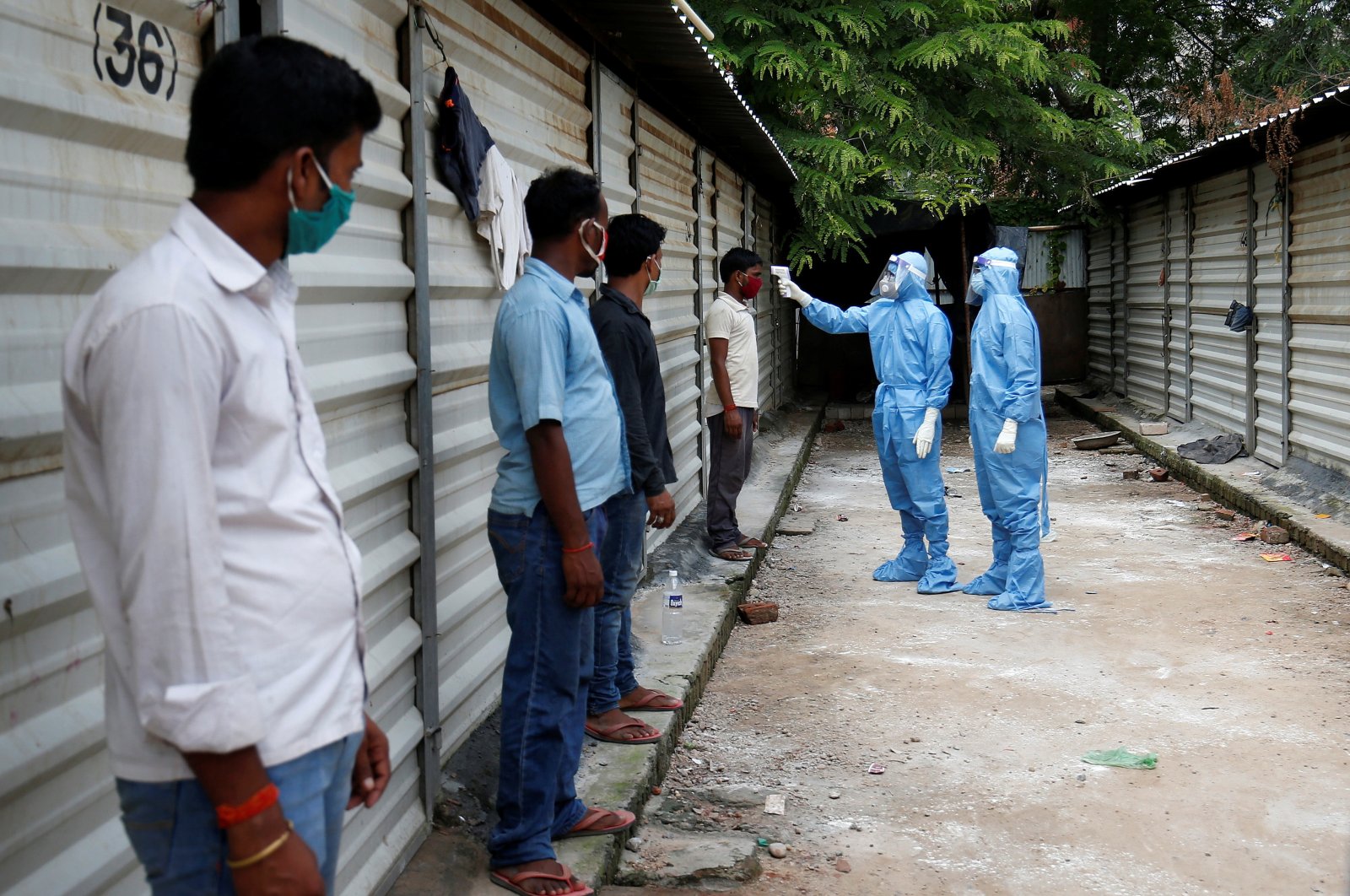 The coronavirus pandemic rages in many parts of the world as the number of cases in India are expected to soon pass Brazil and the U.S., while the death toll in the Middle East has risen above 50,000

Countries around the world are witnessing a record spike of coronavirus infections, with India set to become the worst-virus hit country, soon to pass Brazil and ultimately the U.S. in total reported cases.

India on Thursday witnessed another single day spike of 83,883 new COVID-19 cases. According to an update issued by the country's health ministry, the nation has now a total of 3.85 million positive cases with 1,043 more deaths reported in the last 24 hours. The country has recorded 67,376 coronavirus-related deaths. The ministry also said that 1.17 million tests have been conducted in the last 24 hours, taking the number of total tests above 45 million.

With the number of COVID-19 cases steadily increasing each day, India is approaching pandemic figures similar to those of Brazil, which is currently ranked second in the world. Health experts in India said the massive increase is related to the peak of the virus in the country. "I believe the peak of the epidemic curve of COVID-19 in India is around the corner," Thekkekara Jacob John, Indian virologist and veteran vaccine researcher, told Anadolu Agency (AA). "Post the peak, I think the numbers will start going down until the epidemic transfers itself into endemic." John, however, said it is very difficult to predict the number of spikes the country will witness in the coming days.

Countries worldwide are struggling to balance the need for populations to get back to work and study with keeping cases under control, fearing above all a return to draconian lockdowns. The pandemic has killed more than 851,000 people worldwide since surfacing in China late last year and more than 24 million infections have been recorded.

Elsewhere in the world, the confirmed death toll from the coronavirus went over 50,000 in the Middle East on Thursday as the pandemic continues. That's according to a count from The Associated Press (AP), based on official numbers offered by health authorities across the region. Those numbers still may be an undercount, though, as testing in war-torn nations like Libya and Yemen remains extremely limited. The top United Nations official for Libya on Wednesday warned the coronavirus pandemic in the war-ravaged country appears to be “spiraling out of control.” Yemen's Houthi rebels, who hold parts of the nation, have refused to release virus statistics.

The hardest-hit nation remains Iran, which saw the region's first major outbreak. Over 21,900 people have died there from the virus, with over 380,000 confirmed cases and 328,000 recoveries.

In Israel, the number of new coronavirus infections per day has exceeded 3,000 for the first time, the Health Ministry said Thursday. The ministry recorded 3,074 new cases Wednesday, up from 2,190 the day before. Despite the high numbers, the country started its school year Tuesday. The government had aimed to significantly shrink its number of new infections by then, especially considering that mid-September is when the Jewish New Year, Rosh Hashanah, is celebrated. The possibility of a nationwide lockdown is on the table, along with other measures.

Israel began seeing its number of daily infections rise above 2,000 for the first time in a month starting last Friday. The country initially saw relatively few cases due to strict government restrictions, but after a rapid easing in May, cases have spiked. A total of 122,539 cases have been recorded in the country so far, with the number of coronavirus-related deaths at 969.

The United Arab Emirates (UAE), which has embarked on a mass testing campaign, saw its highest daily confirmed new case count in over three months. It came as schools reopened in the country and Dubai began welcoming tourists from all over the world.