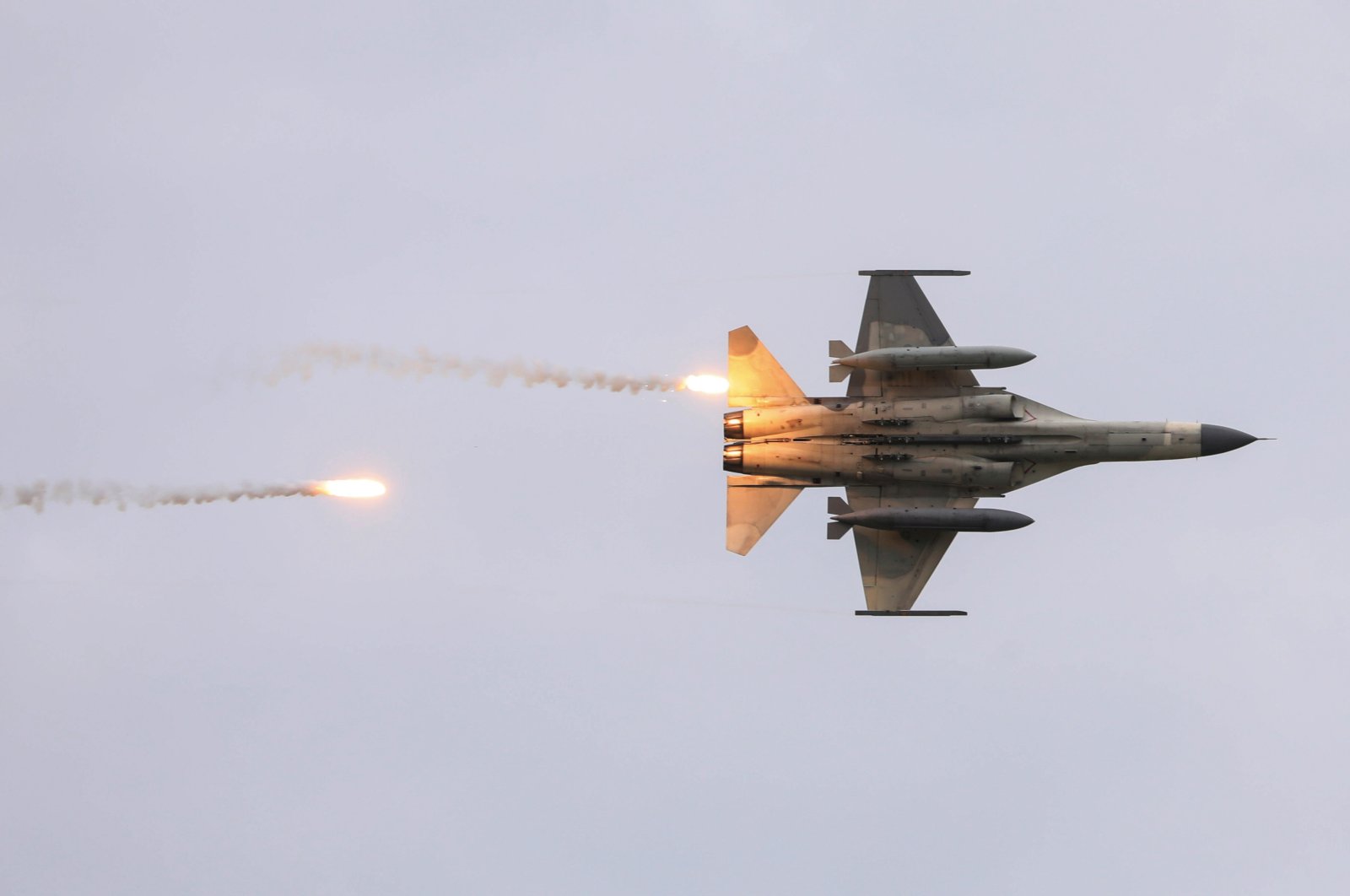 Amid numerous Chinese and United States military exercises, Chinese fighters being tracked by Taiwanese missiles and plummeting China-U.S. ties, a heady cocktail of tension is brewing in the South China Sea, raising fears of a conflict over Taiwan.

In the last three weeks, China has announced four separate exercises along its coast, from the Bohai Gulf in the north to the East, Yellow and South China seas, along with other exercises aimed at “the current security situation across the Taiwan Strait.”

Meanwhile, Taiwan, claimed by China as its “sacred” territory, said its surface-to-air missiles had tracked approaching Chinese fighters – details Taiwan does not normally give – as U.S. Health Secretary Alex Azar visited the island this month.

Addressing the Chinese exercises, Taiwan’s defense ministry said Tuesday the closer Chinese jets got to the island the “more actively” Taipei would respond, though it would “not escalate conflict” nor “trigger an incident."

The U.S. sent another warship through the Taiwan Strait this month, a few days after a U.S. carrier group conducted an exercise in the disputed South China Sea, and this week China complained a U.S. spy plane had observed Chinese live-fire exercises.

On Tuesday China protested the alleged incursion of a U.S. Air Force U-2 spy plane into a no-fly zone imposed during live-fire military exercises in the country’s north. In a statement, the Ministry of National Defense said the action had "seriously interfered in normal exercise activities” and "severely incurred the risk of misjudgment and even of bringing about an unintended air-sea incident.”

"This was a naked act of provocation,” the ministry said, quoting spokesperson Wu Qian. China has lodged a stern protest and demanded the U.S. cease such actions, Wu said.

The statement did not give details on the time or place of the drills, but the information matches an exercise the Maritime Safety Administration said started Monday and would run through Sept. 30 over the Bohai Gulf east of Beijing.

Chinese military expert Ni Lexiong, a retired professor at the Shanghai University of Political Science and Law, said it was very rare and possibly the first time multiple Chinese exercises were taking place at the same time.

“By simultaneously conducting drills in the three seas, it means China is testing its ability to fight enemies coming from three directions at the same time – for example from Taiwan, from Japan and from the U.S. from the south,” he said.

“Historically, frequent drills are a clear predictor of war.”

Taiwan-based security and diplomatic sources say the chances of “firing off a shot while polishing the gun” – a Chinese saying for an accidental encounter setting off a broader conflict – are rising mainly because of increased U.S. and Chinese military activity in the region.

“Neither side wants to start a conflict. The fundamentals have not changed much,” said a Western diplomat looking into military activities across the Taiwan Strait.

“But the frequent activities do increase the chances of accidental conflict,” the diplomat said.

China’s defense and foreign ministries, as well as its Taiwan Affairs Office did not respond to requests for comment, while neither did the Pentagon nor the U.S. State Department.

A senior U.S. official, speaking on condition of anonymity, said that China was becoming more assertive and more aggressive in the region and there was concern its military could miscalculate, leading to unexpected consequences.

“I would argue that there are many like-minded countries in the region that are viewing with dismay and increasing concern the trend lines coming out of Beijing.”

'To the last soldier'

The Donald Trump administration has been taking an escalating array of measures against China in the run-up to the U.S. presidential election, adding to the uncertainty.

A hypothetical scenario spelled out in a recent essay by James Winnefeld, a former vice-chairman of the Joint Chiefs of Staff, and Michael Morrell, former acting director of the Central Intelligence Agency, has made the rounds in Taiwan security circles.

In their suggested sequence of events, set out in Proceedings magazine of the U.S. Naval Institute, a disputed U.S. election gives China the opportunity to move on Taiwan while Washington and the world are distracted.

In Taiwan, President Tsai Ing-wen has responded to the tension with pledges to defend the island.

She and her government have denounced as scaremongering and kowtowing to Beijing a campaign this month by former President Ma Ying-jeou, who held a landmark meeting with Chinese President Xi Jinping in 2015, to warn that Taiwan was courting disaster by needling China and would not last long in a war.

Still, Taiwan has been keen to show its teeth.

Its defense ministry this month issued two slickly produced videos showing missiles being fired and F-16s in the air to demonstrate their resolve to defend the island.

“Dare to fight and fight to the last soldier,” the ministry said in a caption for the latest video, released on Sunday.