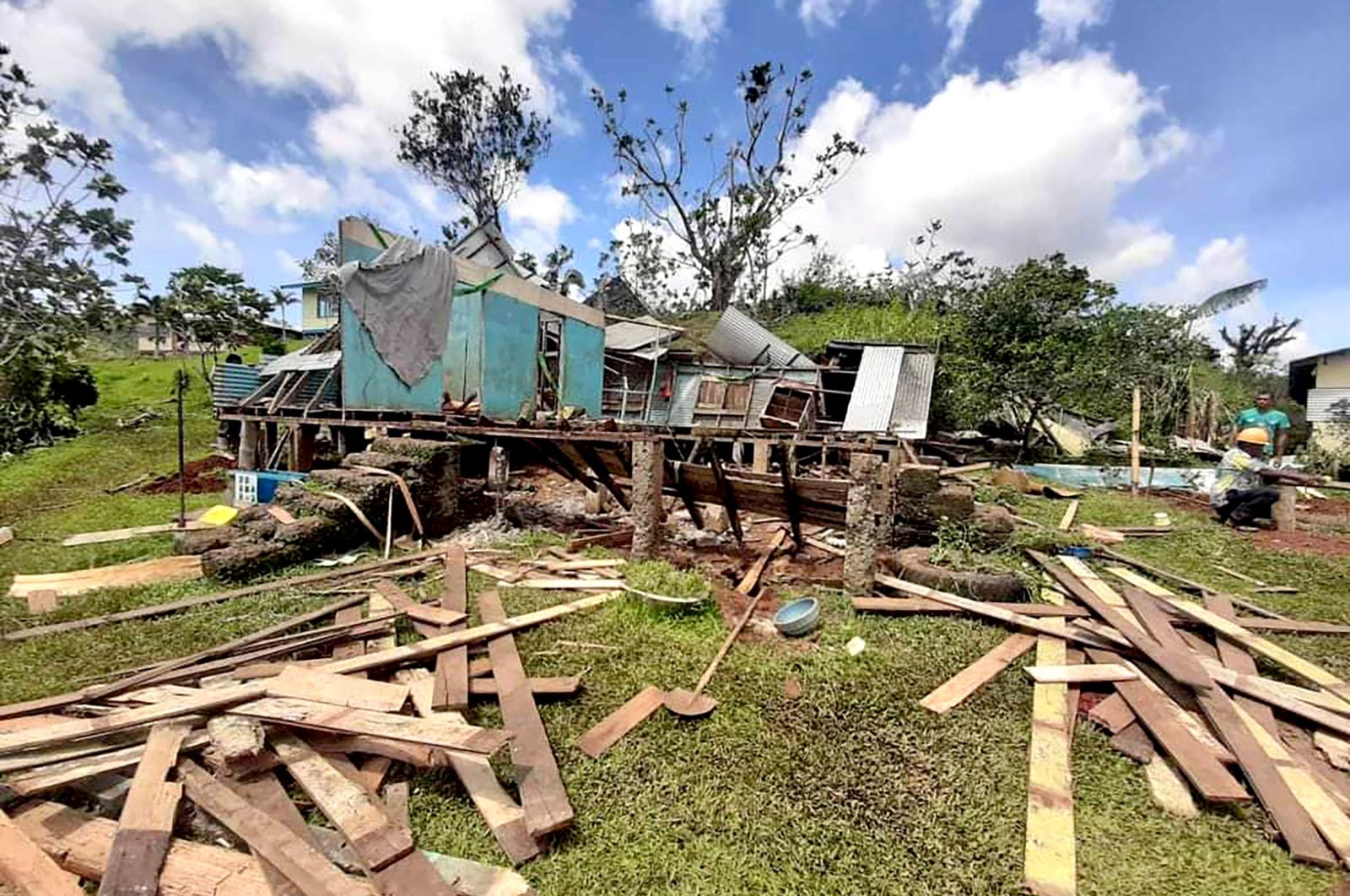 The devastation in Fiji following Cyclone Yasa was compared to a war zone Saturday as reconnaissance flights showed entire villages wiped out and authorities put the cost at hundreds of millions of dollars.

The death toll rose to four with aid workers fearing it will increase when contact is reestablished with outlying areas.

A state of natural disaster has been declared for 30 days as emergency services scramble to provide food and clothing to the worst affected areas.

The superstorm slammed into Fiji's second-largest island Vanua Levu late Thursday, leaving a trail of destruction and affecting 93,000 people, according to the National Disaster Management Office.

A New Zealand Air Force reconnaissance flight flew over the area on Saturday to assess the scale of the damage, with reports of houses, crops and entire livelihoods wiped out.

"We've been receiving pictures of Kia island. We have seen total devastation. It looks like a war zone," Save the Children Fiji chief executive Shairana Ali told Agence France-Presse (AFP).

"Houses have been smashed to pieces and nothing remains. People are really desperate for shelter and desperate for food. There's obviously huge psychological damage."

Communications with the eastern Lau islands group were cut during the storm and the extent of damage there was unknown.

National Disaster Management Office director Vasiti Soko said that while it would take days to assess the full scale of the damage, "we are likely looking at hundreds of millions of dollars."

She said the immediate focus was on restoring critical infrastructure, reestablishing communication with severely affected areas and maintaining public safety.

The deaths of a 45-year-old man and a three-month-old baby were confirmed after the storm swept through on Friday, and Soko said two more bodies had since been found.

One, a 70-year-old man, was inside his home when the roof blew away and timber fell on his head.

"There were villages that were totally wiped out by the storm surge and the only clothes (the villagers have) are those on their backs," Fiji Red Cross operations manager Maciu Nokelvu told AFP.

"We are providing temporary shelters with the provision of tarpaulins and shelter toolkits, and dry clothes.

"The most devastated area is in the second largest island Vanua Levu; however, we haven't received any information from the Lau group of islands on the eastern side."

More than 10,000 food parcels were being prepared for distribution on Sunday.

Yasa weakened after leaving Fiji and initially headed towards Tonga.

It has since veered south, away from the islands, although a heavy rain warning and flash flood advisory remain in force for parts of Tonga.