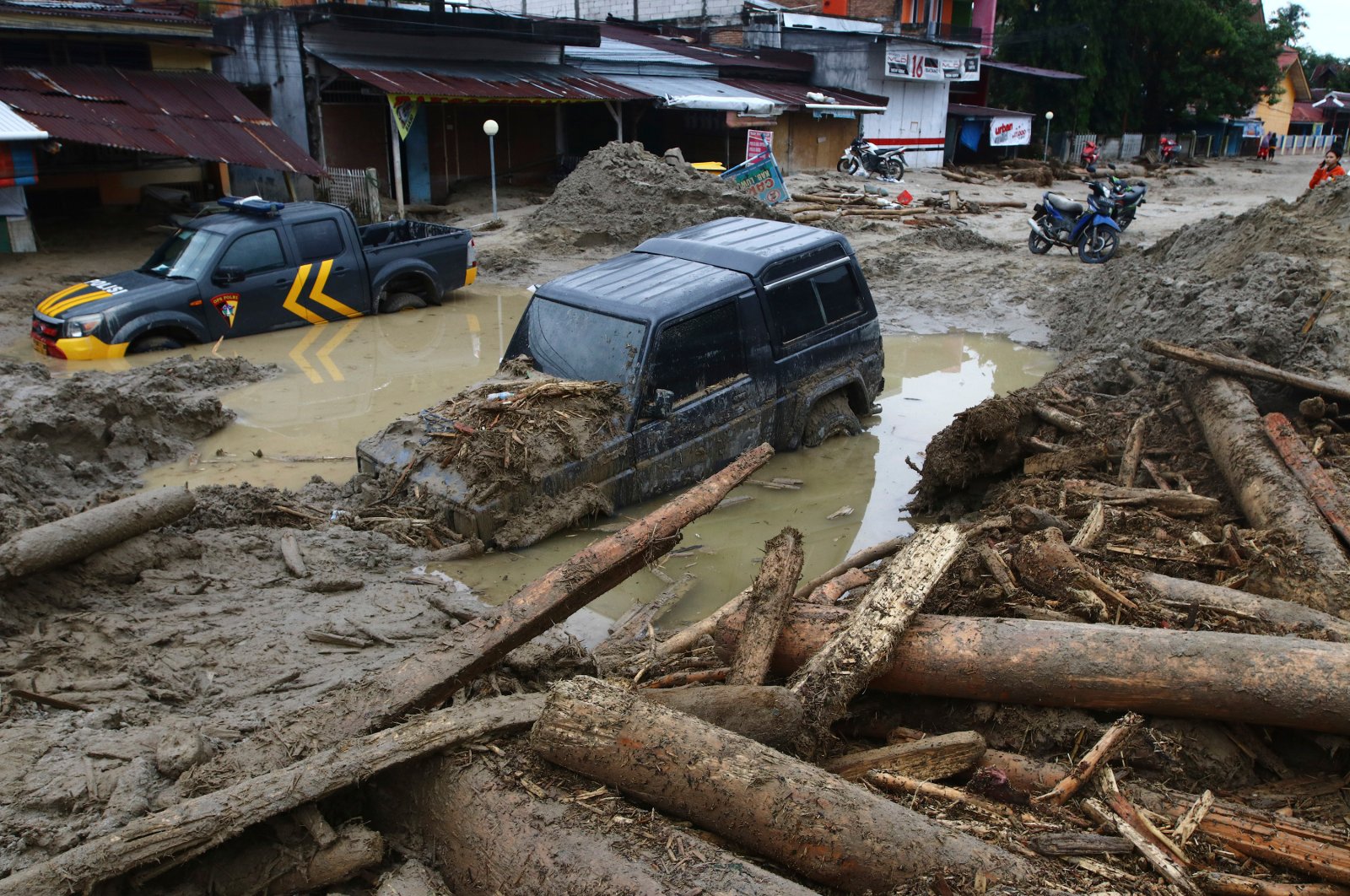 Flash floods and landslides have killed at least 21 people and displaced hundreds in a district on the Indonesian island of Sulawesi, officials at the country's disaster mitigation agency said on Wednesday.

Search and rescue officials were still looking for missing people after the floods struck the North Luwu district of South Sulawesi province, said Raditya Jati, a spokesman for the national disaster mitigation agency.

Jati said search and rescue operations were hampered by thick mud covering roads and houses, and rain was continuing to fall.

In one village, photographs showed a damaged house and a truck partially submerged under thick mud, while a runway at a local airport was also swamped by mud and debris.

"I hope we will be united in our recovery efforts," Nurdin Abdullah, the governor of South Sulawesi, said on Kompas TV.

Heavy rains had inundated three nearby rivers for several days prompting the evacuation of 655 people due to the floods, officials at the local disaster mitigation agency and search and rescue agency told Reuters.

Indonesia frequently suffers from floods and landslides particularly during the rainy season, though the situation is often made worse by the cutting down of forests.

Flooding also killed 66 people in the Indonesian capital Jakarta in January, amid some of the heaviest rain since records began.