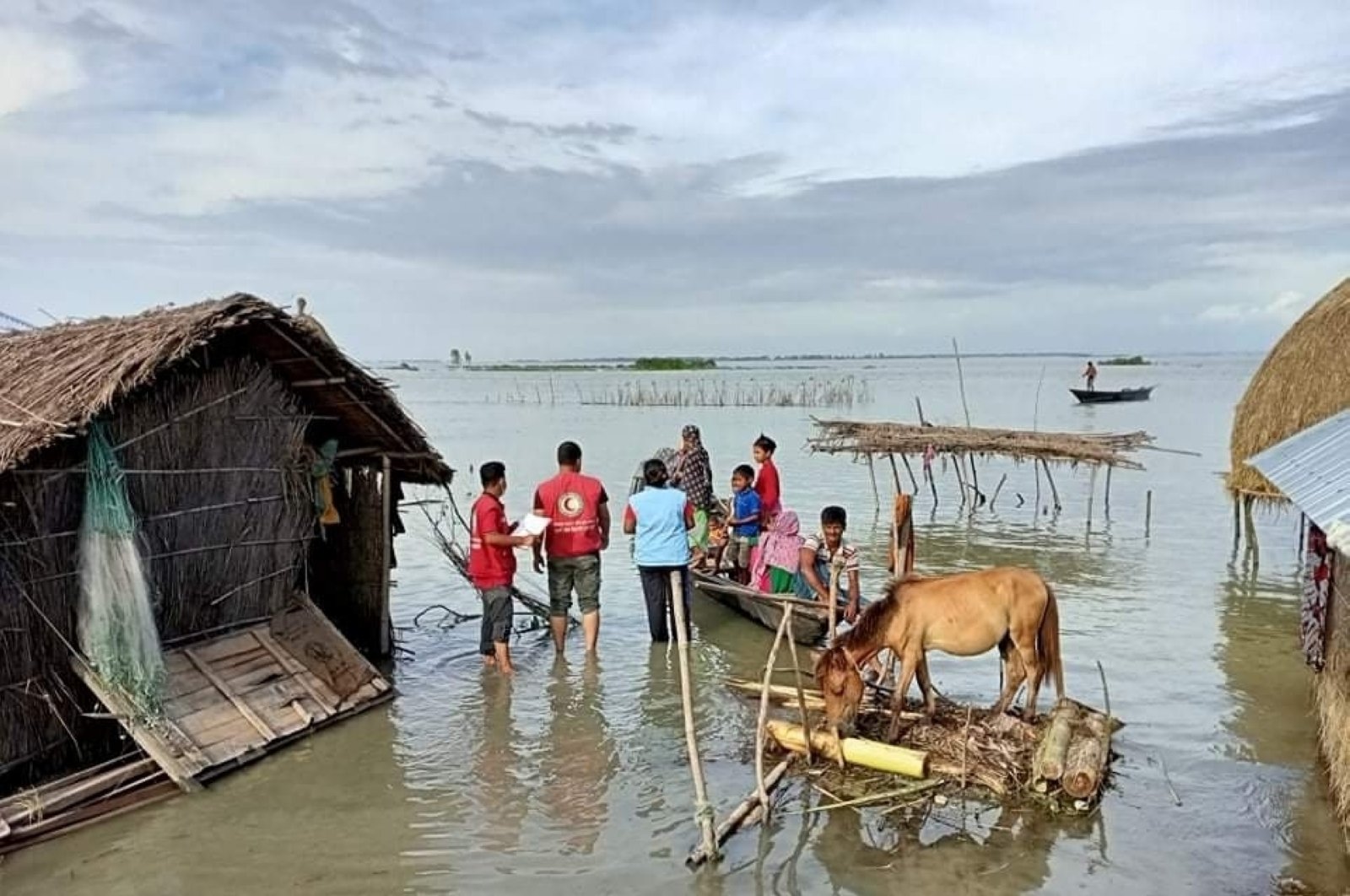 Widespread flooding triggered by monsoons rain is worsening in Bangladesh, officials said on Wednesday, as they noted that the waters had affected more than 4.8 million people.

The country's Flood Forecasting and Warning Center (FFWC) reported that the situation may worsen further as major rivers in the central districts around Dhaka are set to rise in the next couple of days.

After starting in late June, the flooding left more than 1 million people marooned at their homes and at least 41 people, including 31 children, dead, Disaster Management Ministry spokeswoman Tasmin Ara Azmiri told dpa. Drowning caused most of the deaths, she added.

Referring to the Global Flood Awareness System, the humanitarian information website ReliefWeb has warned the current floods may be the most prolonged since 1988 flooding that submerged two-thirds of Bangladesh for more than two months, causing extensive damage.

This time, 31 out of 64 administrative districts have been submerged by floodwaters, prompting many people to move to shelters, according to the disaster management department.

The flooding has caused widespread damage to flood protection embankments, crops, poultry, livestock and fisheries, according to the website.

It may further exacerbate the humanitarian situation amid the handling of the coronavirus pandemic, which has left 3,000 people dead, it added.

Emergency supplies of food and cash support have been dispatched, Azmiri said.

The FFWC predicted the waters are likely to start receding next week. South Asia experiences flooding almost every year during the monsoon season, which runs from June through September.