Floods in India's Assam force 1M people from their homes 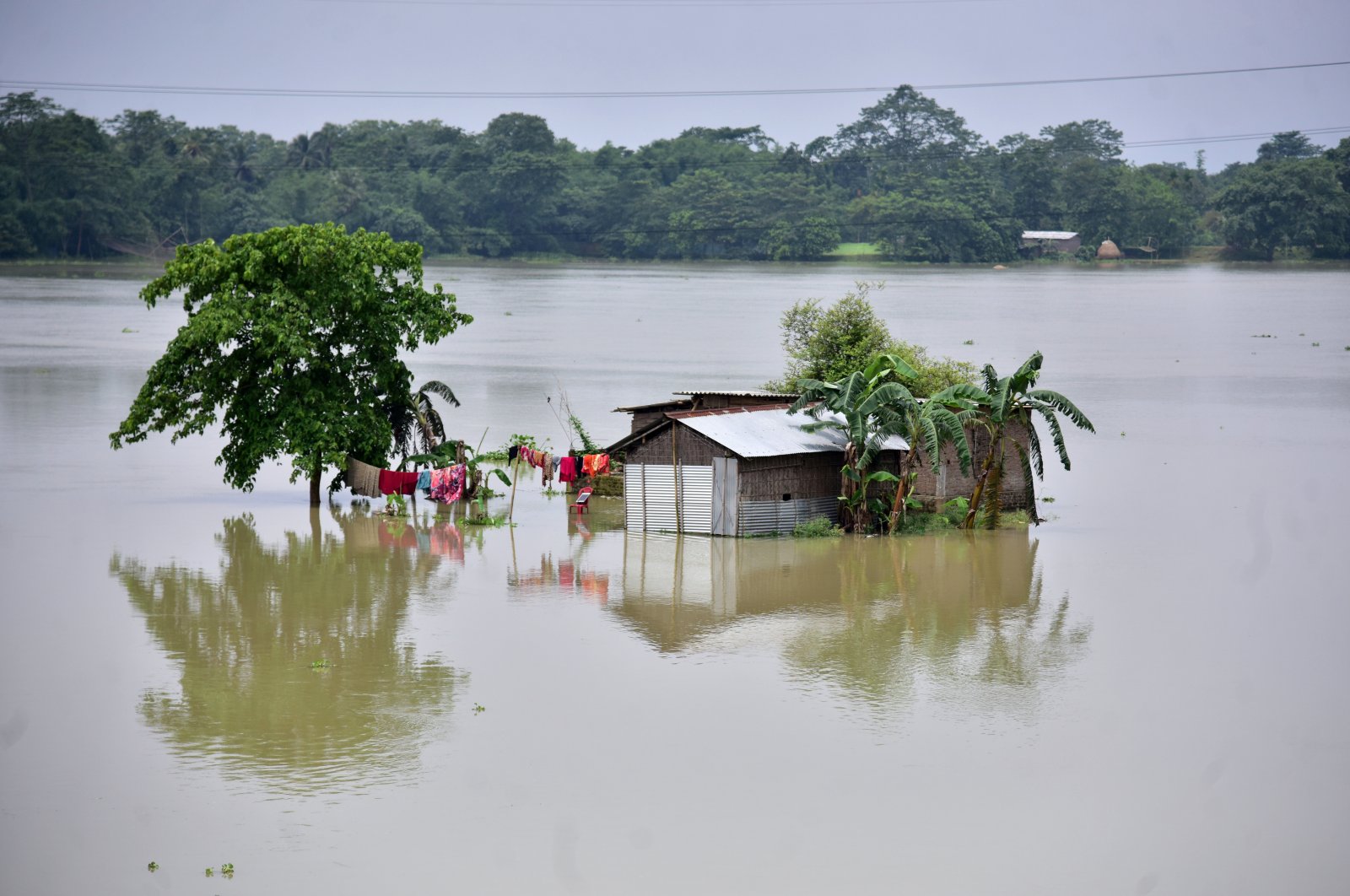 A partially submerged house is seen at the flood-affected Mayong village in Morigaon district, in the northeastern state of Assam, June 29, 2020. (REUTERS Photo)
by ASSOCIATED PRESS
Jun 29, 2020 1:39 pm

Heavy flooding triggered by monsoon rains has forced more than a million people to flee their homes in the northeast Indian state of Assam, authorities said Monday, warning that the crisis was becoming more critical by the hour.

The Brahmaputra, one of the largest rivers in the world which flows from Tibet into India and then into Bangladesh, burst its banks in Assam over the weekend, inundating more than 2,000 villages, and it was still raining Monday.

"Two people have died in separate incidents of drowning in the past 24 hours and more than 1 million people have been affected, with the flood situation turning critical by the hour," a state government flood bulletin said.

Torrential rain hit at least 23 of Assam's 33 districts and the federal water resources body said water levels in the Brahmaputra were expected to rise, with more rain forecast over the next three days.

Most of the Kaziranga National Park, home to the rare one-horned rhino, was under water, authorities said.

Assam, famous for its tea plantations, is hit by seasonal flooding each year, forcing state and federal governments to spend millions of rupees on flood control.

Paramilitary personnel were deployed across the state for rescue operations and to ensure people maintain social distance in makeshift shelter camps to prevent the spread of the coronavirus, authorities said. Assam has so far reported 7,492 coronavirus infections and 11 deaths.