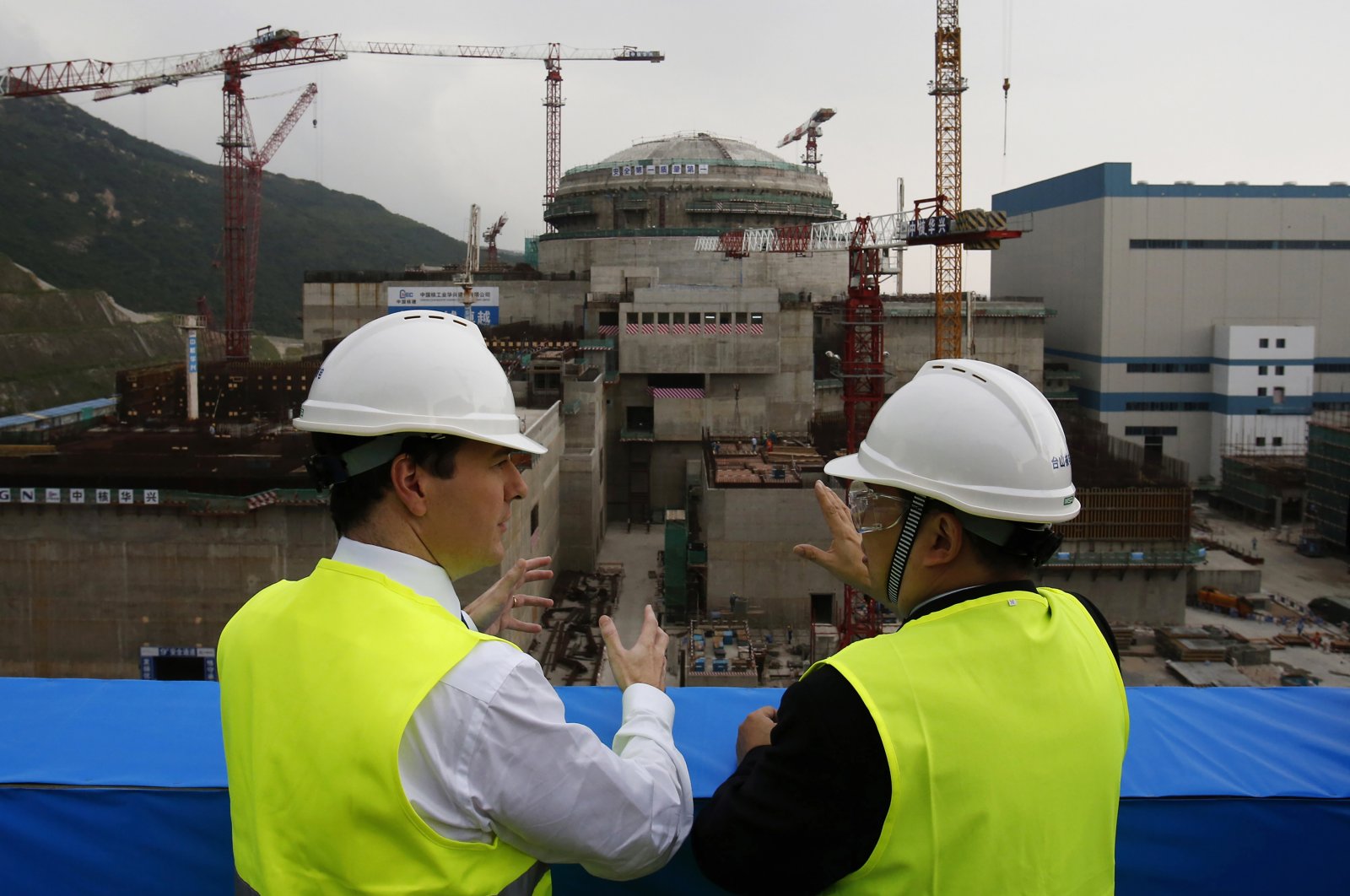 A French nuclear firm said Monday it was working to resolve a "performance issue" at a plant it partly owns in China's southern Guangdong province following a U.S. media report of a potential leak there. CNN reported earlier that the U.S. government is assessing a report of a leak at the Taishan Nuclear Power Plant after the French company, Framatome, warned of an "imminent radiological threat."

Framatome – a subsidiary of French energy giant EDF – said in a statement to Agence France-Presse (AFP) that it is "supporting a resolution of a performance issue" at the plant. "According to the data available, the plant is operating within the safety parameters," the company said.

EDF later said that there was an "increase in the concentration of certain noble gases in the primary circuit of reactor No. 1" at Taishan, referring to a part of the reactor's cooling system. Noble gases are elements like argon, helium and neon, which have low chemical reactivity.

Their presence in the system "is a known phenomenon, studied and provided for in the reactor operating procedures," the EDF said. The firm added that it had requested an extraordinary meeting of the power plant's board "for management to present all the data and the necessary decisions."

Citing a letter from Framatome to the U.S. energy department, CNN said the warning included an accusation that the Chinese safety authority was raising the acceptable limits for radiation outside the facility in order to avoid having to shut it down.

But a U.S. official told the broadcaster that "the Biden administration believes the facility is not yet at 'crisis level.'" The operator of the power station, state-owned China General Nuclear Power Group, said in a statement on Sunday evening that "the environmental indicators of Taishan Nuclear Power Plant and its surroundings are normal." It did not reference any leak or incident at the power station, which it said meets "the requirements of nuclear safety regulations and power plant technical specifications."

AFP did not get an immediate response to a request for comment from either the Chinese foreign ministry or the Chinese nuclear power group.

Powered up in 2018, the Taishan plant was the first worldwide to operate a next-generation EPR nuclear reactor, a pressurized water design that has been subject to years of delays in similar European projects in Britain, France and Finland.

There are now two EPR power units at the plant in the city of Taishan, which sits close to the coastline of southern Guangdong – China's most populous province. EPR reactors have been touted as promising advances in safety and efficiency over conventional reactors while producing less waste. French Prime Minister Jean-Marc Ayrault visited the Taishan plant in 2013, on a trip where the French leader shopped his country's nuclear expertise to the massive China market.

Nuclear plants supplied less than 5% of China's annual electricity needs in 2019, according to the National Energy Administration, but this share is expected to grow as Beijing attempts to become carbon neutral by 2060. China has 47 nuclear plants with a total generation capacity of 48.75 million kilowatts – the world's third-highest after the United States and France – and has invested billions of dollars to develop its nuclear energy sector.

Last month Russian President Vladimir Putin and his Chinese counterpart Xi Jinping hailed close ties between their countries as they launched work on Russian-built nuclear power plants in China. And in December state media reported that China had successfully powered up its "artificial sun" nuclear fusion reactor for the first time – the HL-2M Tokamak reactor – which uses a powerful magnetic field to fuse hot plasma and can reach temperatures of over 150 million degrees Celsius (270 million degrees Fahrenheit).

It is China's largest and most advanced nuclear fusion experimental research device, and scientists hope the device can potentially unlock a powerful clean energy source.