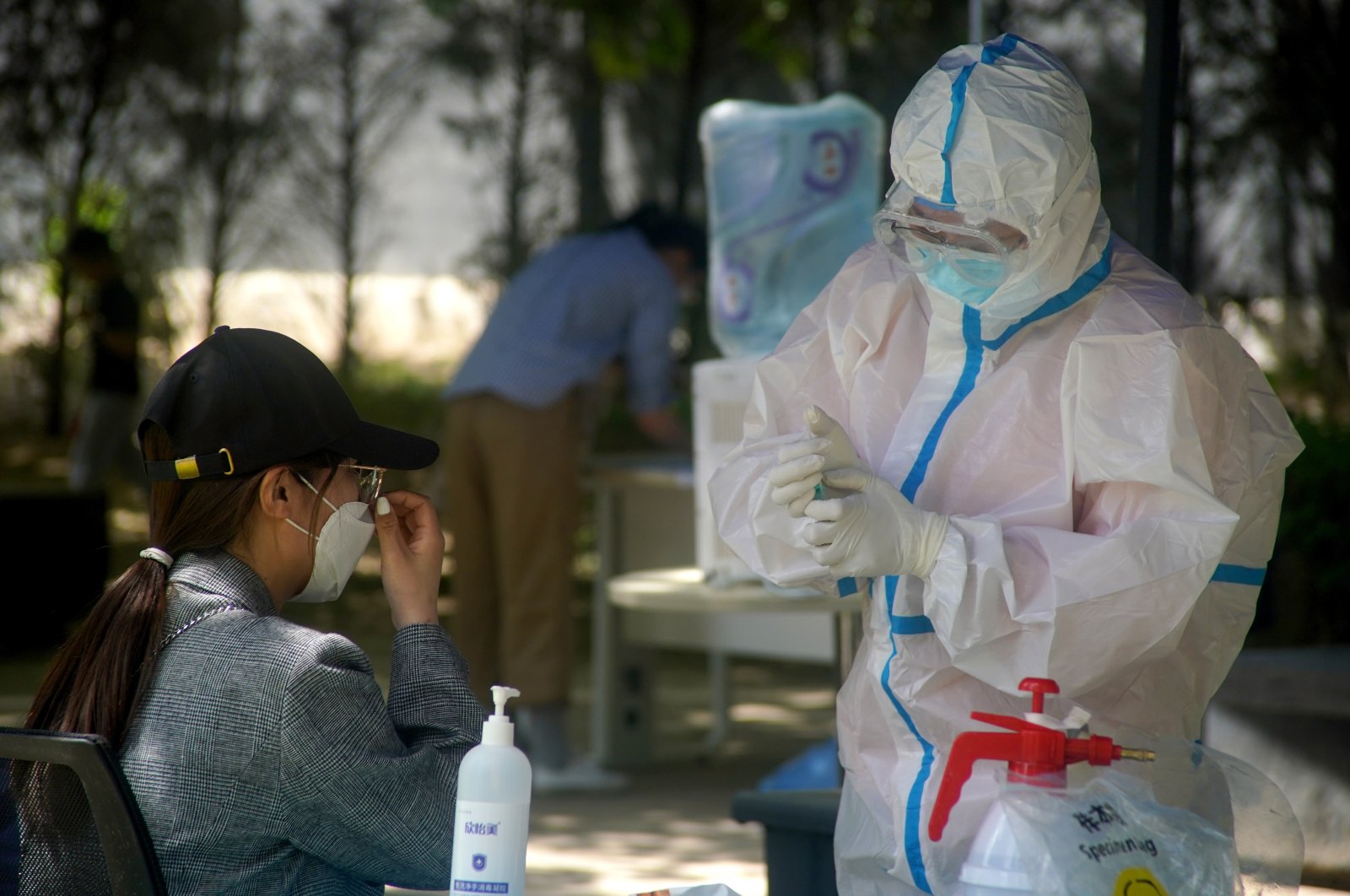 A medical worker wearing protective suit collects the sample after conducting nucleic acid testings for a woman, Beijing, May 18, 2020. (EPA Photo)
by Compiled from Wire Services May 18, 2020 12:45 pm
RECOMMENDED

The coronavirus pandemic was supposed to be the only issue on the agenda for the World Health Organization's (WHO) annual conference, but geopolitical tensions over the status of Taiwan are taking the spotlight as the two-day talks start on Monday.

The United States has campaigned to allow Taiwan to take part as an observer again at the World Health Assembly of 194 WHO member states, which takes place online this year. Taiwan has said it wanted to share with the world its successful experience at fighting the coronavirus, having only reported 440 cases and seven deaths thanks to early detection and prevention work.

The United States has repeatedly clashed with China over its refusal to allow Taiwan full access to the body, helping to further fuel tension between Washington and Beijing. Taiwan attended the assembly as an observer from 2009-2016, but China blocked further participation after the election of Taiwan President Tsai Ing-wen, who China views as a separatist, an accusation she rejects.

The U.S. and Taiwan have drummed up backing from Japan and some European countries including Germany, as well as from Caribbean and Central American countries. The issue is expected to lead to diplomatic wrangling, as most African countries back the position of China, which has established itself as a major investor on the continent.

The Taiwan issue is only one way in which Washington has been challenging its global rival China at the WHO. U.S. President Donald Trump has suspended funding of the U.N. health agency in Geneva, accusing it of helping Beijing cover up how widespread and how dangerous COVID-19 was after it broke out in the Chinese city of Wuhan late last year.