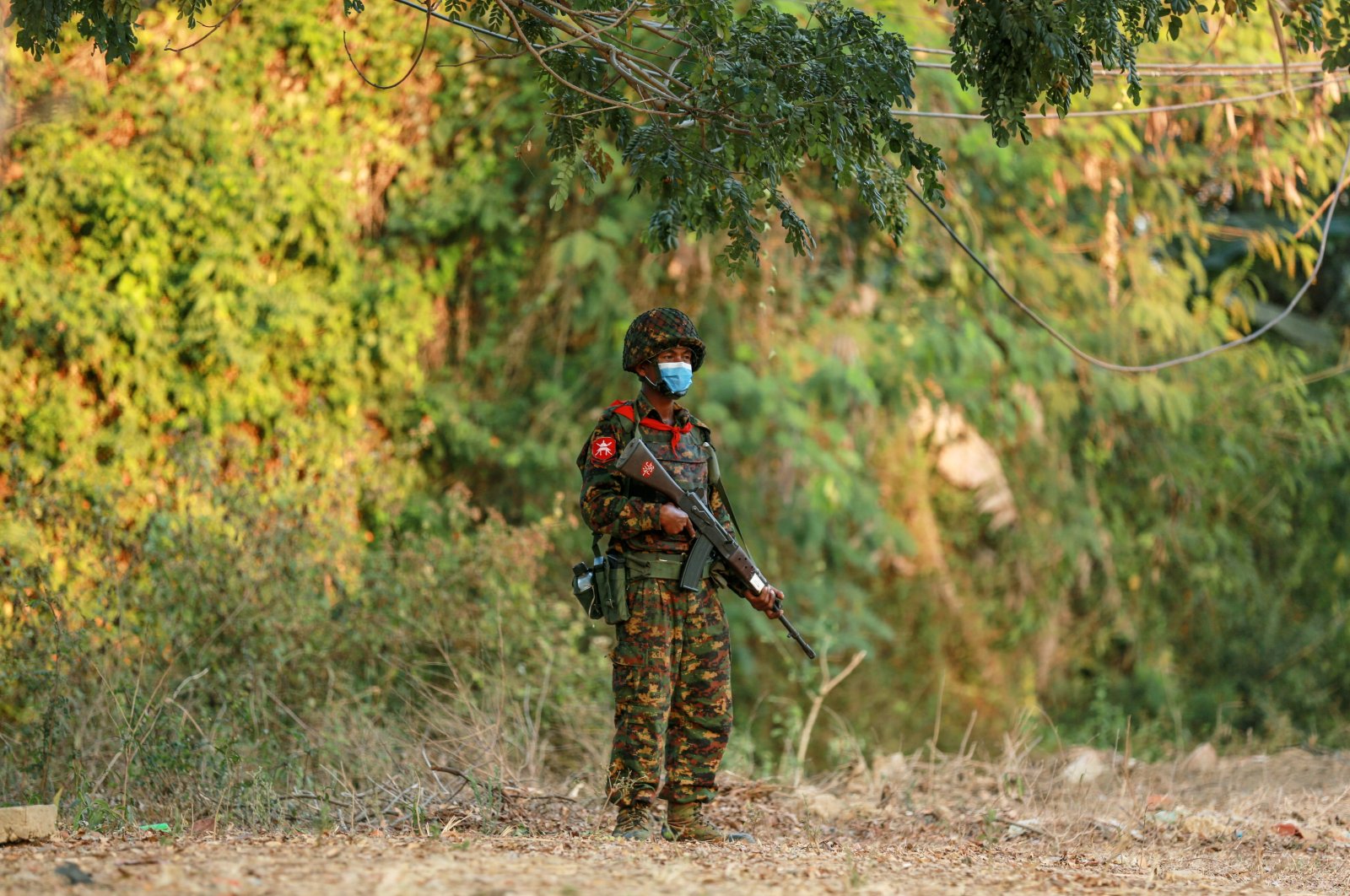 Myanmar faces a potentially escalating civil war, the head of the United Nations human rights body warned Thursday, amid a widening uprising against the military junta.

Michelle Bachelet told the U.N. Human Rights Council that time was running out for other countries to step up efforts to restore democracy and prevent a broader conflict.

Myanmar has been in turmoil since Aung San Suu Kyi's government was ousted by the military in February, sparking a nationwide uprising that the junta has tried to crush.

Attacks on troops have increased since lawmakers ousted by the generals called for a "people's defensive war" earlier this month. Bachelet said the human rights situation had deteriorated significantly as the effects of the coup "devastate lives and hopes across the country."

"Conflict, poverty and the effects of the pandemic are sharply increasing, and the country faces a vortex of repression, violence and economic collapse," she said.

Faced with the "overwhelming repression of fundamental rights," the armed resistance movement was growing.

"These disturbing trends suggest the alarming possibility of an escalating civil war," she said.

Bachelet urged countries to support a political process that would engage all parties, saying the Association of Southeast Asian Nations (ASEAN) regional bloc and influential powers should use incentives and disincentives "to reverse the military coup and desperate spiral of violence."

"Myanmar's stability and path to democracy and prosperity have been sacrificed over these last months to advance the ambitions of a privileged and entrenched military elite," she said.

Bachelet said more than 1,100 people had now reportedly died at the hands of the security forces since the coup, while over 8,000 others, including children, had been arrested and more than 4,700 are still in detention.

The former Chilean president urged all parties – but especially the military – to allow unrestricted access to humanitarian aid, and called for the immediate release of all political prisoners.

She called for all armed forces to protect civilians and said the use of airstrikes and artillery in residential areas must cease immediately.