Hawaiian island evacuates after dam overflows due to heavy rain 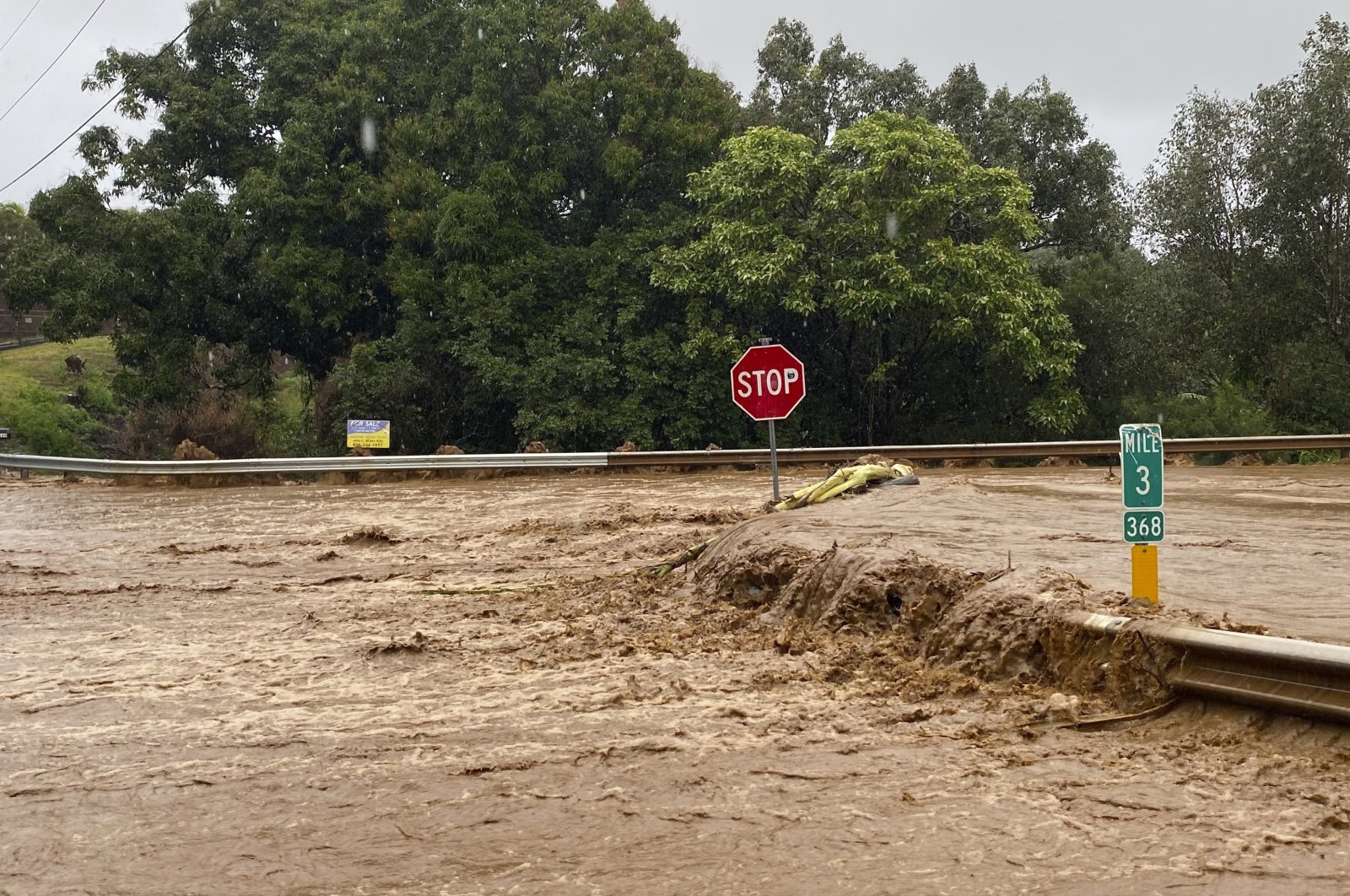 Heavy rains on the Hawaiian island of Maui caused a dam to overflow and nearby, residents in the community of Haiku are being evacuated, county officials said Monday.

The National Weather Service reported 33.5 centimeters (13.2 inches) of rain fell in the Haiku area of Maui’s North Coast between 7 a.m. and 3 p.m. About six homes were heavily damaged or destroyed, according to Maui County Mayor Michael Victorino's office late Monday.

He urged people to be vigilant amid evidence of landslides. "Resources are being pushed into this area right now,” Victorino said during a live address on Facebook.

"Ladies and gentlemen, this is a real flooding situation we have not seen in a long time. In fact, some of the residents have told me that this is the worst they’ve seen in over 25 years,” he said.

The Maui Fire Department responded to more than a dozen calls for help from residents trapped by rising waters. Shan Tsutsui, the chief operating officer of Mahi Pono, a co-owner of the dam, said water over-topped the reservoir, but it hadn’t failed.

"At this time, the over-topping of the dam has ceased. However, our crews are actively monitoring the situation and will continue monitoring the water levels until it returns to a safe level,” Tsutsui said in a statement.

He urged anyone who needed to shelter to go to evacuation centers that were set up at Hana High School and the Paia Community Center. "If you have family and friends and you can get out of the area, that is probably preferable. But be careful if you see high water, turn around and go back,” Victorino said. "Do not try to cross it at this time.”

He also urged tourists to stay in their hotel rooms or other lodging and not go out Monday evening. County spokesperson Brian Perry said he didn't know how many people were downstream of Kaupakalua Dam, which is in the town of Haiku.

A state website says the earthen dam was built in 1885 and is 17.4 meters (57 feet) in height and 122 meters (400 feet) in length. It belongs to the East Maui Irrigation Company, which was created to divert water from streams to feed sugar plantation lands, reported The Associated Press (AP).

The state regulates 132 dams across Hawaii, most of which were constructed as part of irrigation systems for the sugar cane industry.

Of these dams, 93% are classified as high hazard potential, which means a failure could result in significant loss of life or property, according to a 2019 infrastructure report by the American Society of Civil Engineers.

A dam failure turned fatal in Hawaii in 2006, when seven people were killed after the Ka Loko dam on the island of Kauai collapsed and hundreds of gallons of water rushed downhill.