Heat wave returns to Australia on first day of summer 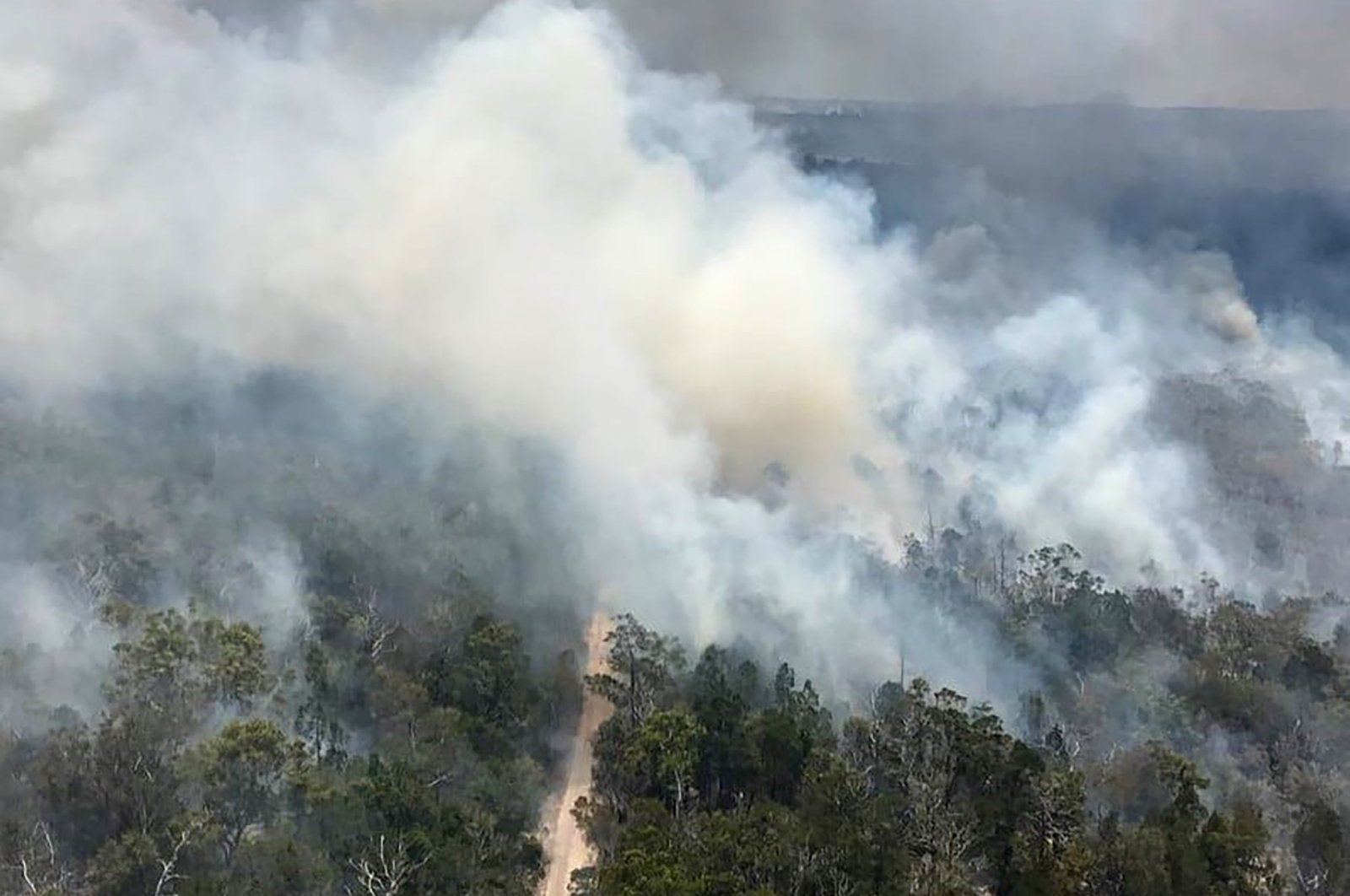 This handout picture taken on Nov. 29, 2020, and released by the Queensland Fire and Emergency Services shows an aerial view of bush fires on Fraser Island, off Australia's east coast. (AFP Photo)
by REUTERS Dec 01, 2020 12:27 pm
RECOMMENDED

An intense heat wave returned to Australia's south and east on Tuesday, the first day of the Southern Hemisphere's summer, raising risks of bush fires after the country sweltered through its hottest November on record.

Australia's Bureau of Meteorology (BoM) expects temperatures to break records in the coming days due to the heat wave, which has been building across much of the country's outback interior over the last week.

"While bursts of heat and heat waves are normal for this time of year, what's making this burst of heat exceptional is temperatures up to 18 degrees (Celsius) above average," BoM Meteorologist Dean Narramore said.

People flocked to beaches and pools to cool off after a slight reprieve from the heat when temperatures stayed in the mid-20s (mid-60s) on Monday. The heat wave, which is now slowly moving to the northeast, has also elevated the risk of fires.

More than 30 fire crews are trying to contain a massive blaze at the world heritage site Fraser Island off the coast of Queensland. The fires have razed nearly half of the popular tourist island's land area, authorities said.

Total fire bans have been enforced across the east amid the first major heat wave of Australia's fire season, which usually runs from late spring through summer. Last summer's bush fires, which Prime Minister Scott Morrison described as Australia's "black summer," killed 33 people and billions of native animals but the risk this year is from grasslands, which are expected to dry soon and spark fires.