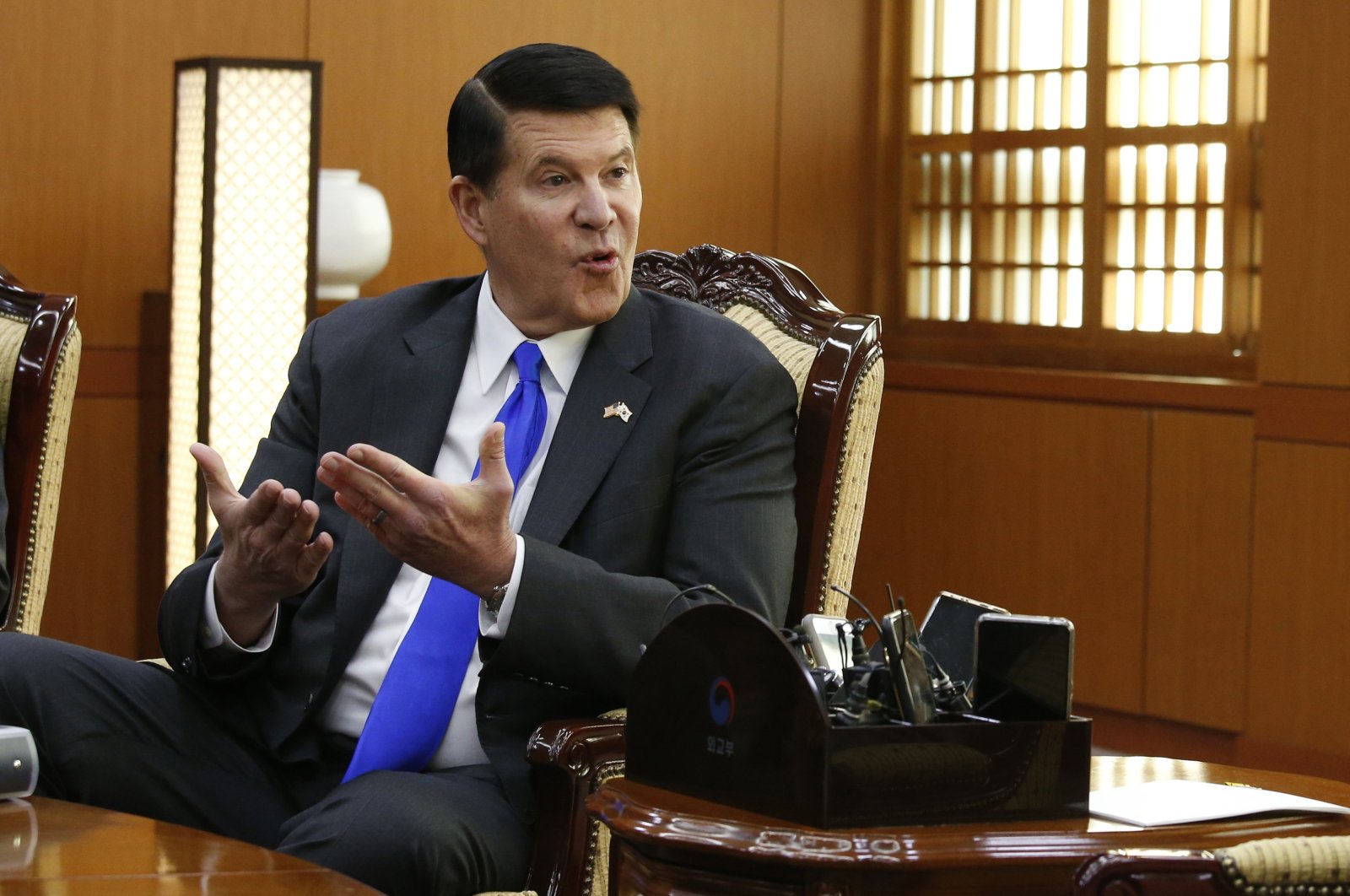 In this Nov. 6, 2019, file photo, U.S. Undersecretary of State Keith Krach talks with South Korea's Foreign Minister Kang Kyung-wha during their meeting at the Foreign Ministry in Seoul, South Korea. (Pool Photo via AP)
by ASSOCIATED PRESS Sep 17, 2020 8:54 am
RECOMMENDED

A senior U.S. State Department official is due to arrive in Taiwan on Thursday for a three-day visit that has already drawn a warning from China.

U.S. Undersecretary of State Keith Krach is scheduled to meet Taiwan's President Tsai Ing-wen and other senior officials, the island's foreign ministry said Thursday. Krach, who holds the portfolio for economic growth, energy and the environment, is the highest-level official from the State Department to visit the island in 40 years.

His visit follows the high-profile visit in August of U.S. Health Secretary Alex Azar, who was the highest-level U.S. Cabinet official to visit since the break in formal ties between the U.S. and Taiwan in 1979, when the U.S. switched relations to Beijing.

However, the U.S. has maintained unofficial ties with Taiwan since the official diplomatic break and is the island’s most important ally and provider of defense equipment.

Ahead of Krach's arrival, the U.S. ambassador to the United Nations, Kelly Craft, had lunch Wednesday with Taiwan’s top official in New York, a meeting she called “historic” and a further step in the Trump administration’s campaign to strengthen relations with the self-governing island that China claims as part of its territory.

Craft said her lunch with James K.J. Lee, director of the Taipei Economic and Cultural Office in New York, was the first meeting between a top Taiwan official and a United States ambassador to the United Nations.

“I’m looking to do the right thing by my president, and I feel that he has sought to strengthen and deepen this bilateral relationship with Taiwan and I want to continue that on behalf of the administration,” she told The Associated Press.

In Taiwan, Krach is expected to attend a banquet hosted by Tsai on Friday and hold discussions on a new platform for economic and commercial dialogue, according to Taiwan's de facto ambassador in the U.S., Hsiao Bi-khim. He will also attend a memorial service for Lee Teng-hui, the former president who led the island's transition to democracy and who died at age 97 in July.

Krach's visit has already been condemned by China, which opposes official interactions of any sort between other countries and the island.

On Monday, Chinese foreign ministry spokesman Wang Wenbin urged the U.S. at a daily briefing to “stop all forms of official exchanges with Taiwan, so as to avoid serious damage to China-U.S. relations and peace and stability across the Taiwan Strait.”

Krach's visit and Craft's lunch with Lee are certain to exacerbate mounting tensions between Washington and Beijing over the COVID-19 pandemic, trade, technology, Hong Kong and the South China Sea.