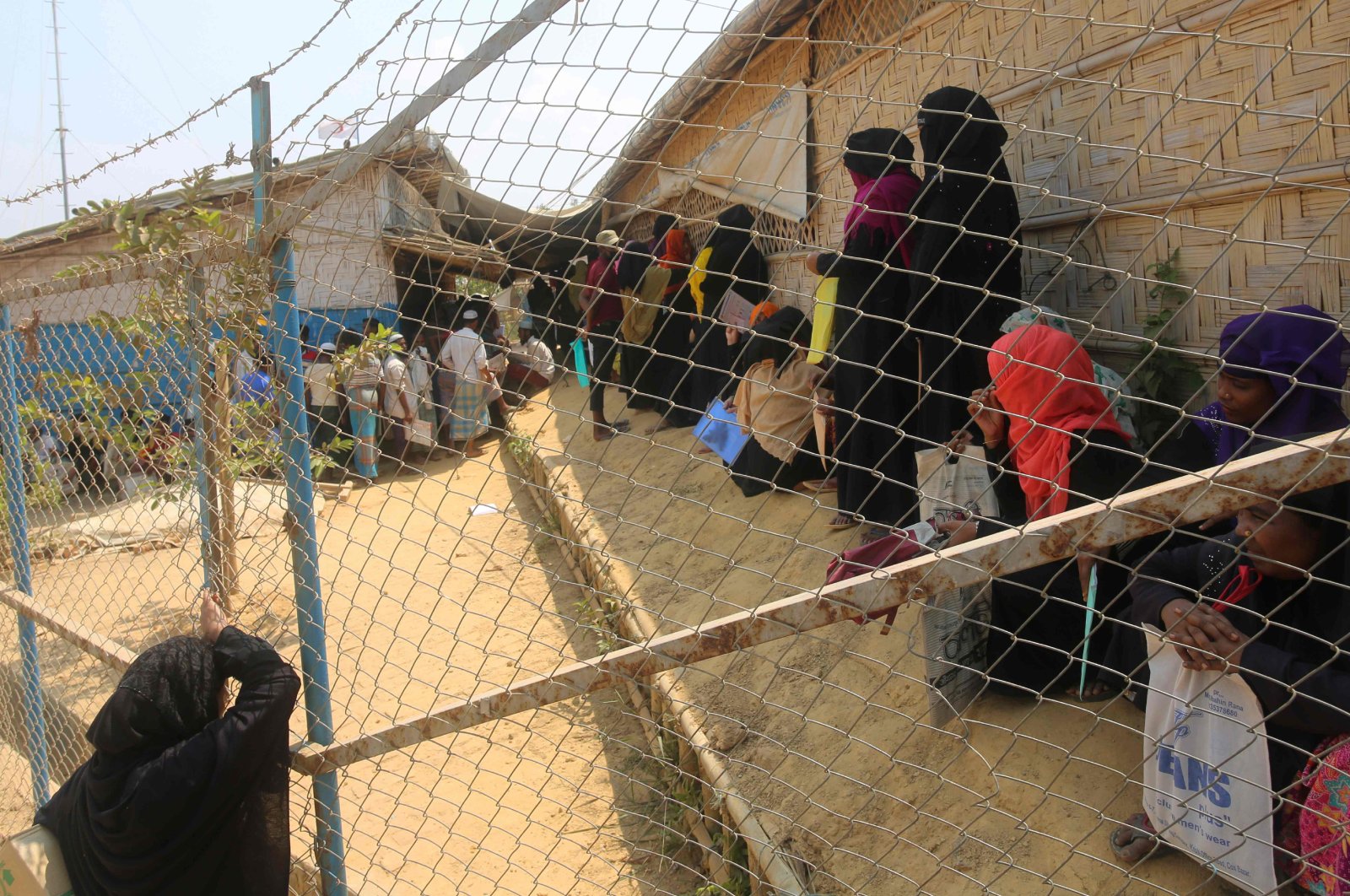 Rohingya refugees, without wearing any mask or any other safty gear as a preventive measure against the COVID-19 novel coronavirus, wait in a relief distribution point at Kutupalong refugee camp in Ukhia, Bangladesh, March 24, 2020. (AFP Photo)
by German Press Agency - DPA
Apr 02, 2020 4:23 pm

Human rights campaigners have urged Bangladesh to restore mobile internet connections for hundreds of thousands of Rohingya refugees living in crowded camps, arguing that people there need access to information amid the COVID-19 pandemic.

Citing concerns about state security as well as a need to maintain order and public safety, the government in September suspended mobile phone and internet services in the refugee camps. Construction of barbed-wire fencing around the camps, home to more than 1 million Rohingya Muslims who fled genocide in neighboring Myanmar, also recently began.

Nearly 750,000 of them crossed into Bangladesh after the Myanmar army launched a crackdown on the minority ethnic group in August 2017, killing more than 24,000 people and raping and burning down their villages.

Rights groups say unrestricted access to information is crucial for slowing disease transmission and saving the lives of refugees and humanitarian workers during the novel coronavirus outbreak.

"Now we write to urge you to lift ongoing mobile internet restrictions and halt the construction of barbed wire fencing around the Rohingya refugee camps," reads the letter to the prime minister.

The government has deployed additional forces and restricted all non-essential travel into the camps for the refugees' safety, said Mahbub Alam Talukder, head of Bangladesh's Refugee Relief and Repatriation Commission.

An 89-bed isolation unit and 342-bed quarantine facility have been prepared in case of COVID-19 outbreak, he told dpa, adding that no coronavirus cases have been reported in the camp yet.