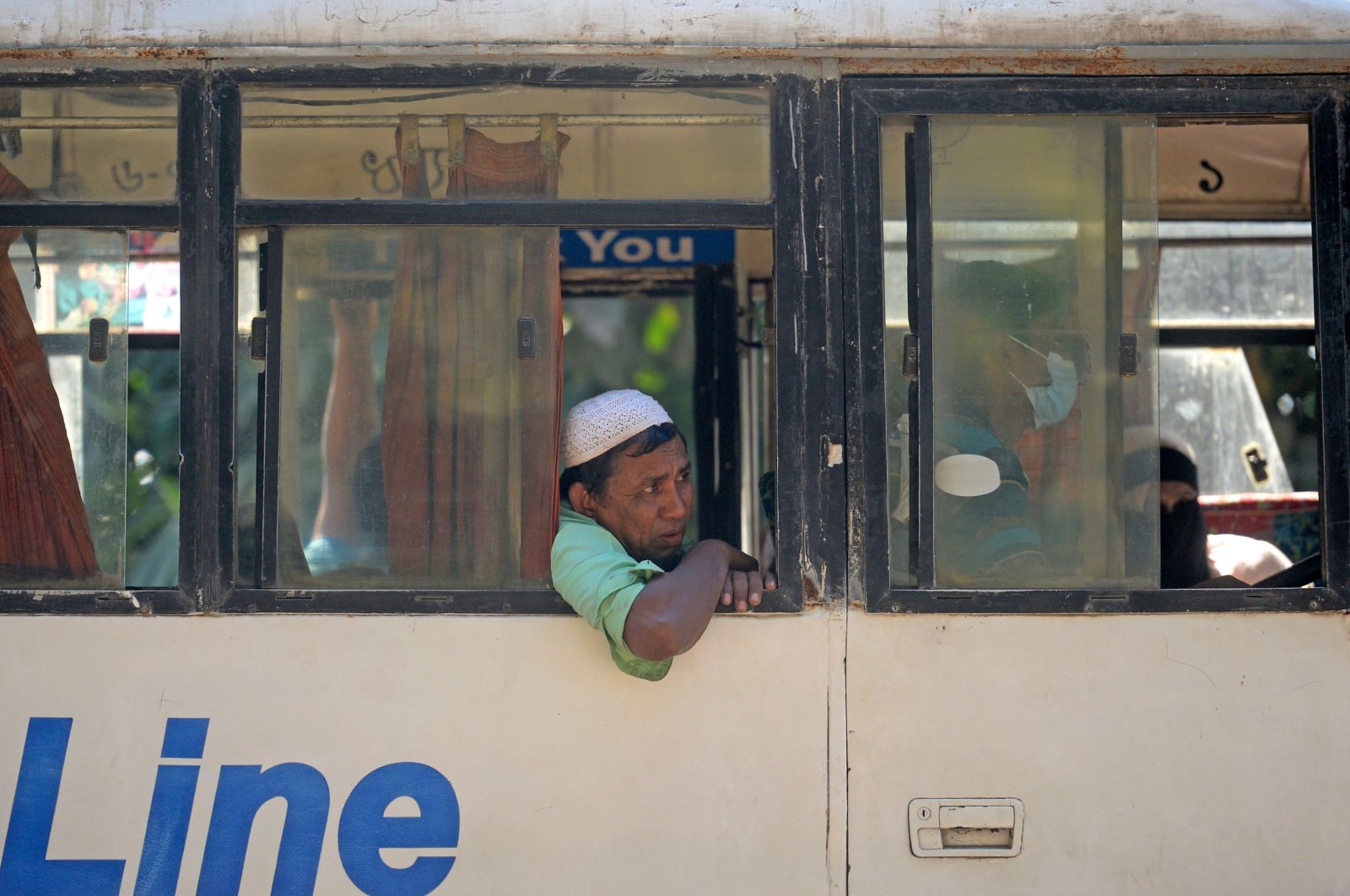 Rohingya refugees are transported to the Chittagong district from a refugee camp for the first mass relocation of refugees to an island, in Ukhia, Bangladesh, Dec. 3, 2020. (AFP Photo)
by Compiled from Wire Services Dec 03, 2020 10:24 am
RECOMMENDED

Human rights groups urged Bangladesh on Thursday to halt its plan to ship thousands of Rohingya refugees to a remote island as officials said the first group of 400 could leave later in the day.

“Bangladesh should halt this hasty relocation process,” said Ismail Wolff, the regional director of Fortify Rights. “Not one refugee should be moved until all human rights and humanitarian concerns have been resolved and genuine informed consent is assured.”

Organizations claim that the island, which emerged from the sea 20 years ago and has never been inhabited, is flood-prone and vulnerable to frequent cyclones and that the government has not allowed the United Nations to carry out a safety assessment.

“The authorities should immediately halt relocation of more refugees to Bhashan Char,” Amnesty International’s South Asia Campaigner Saad Hammadi told Qatar-based Al Jazeera. “The relocation of so many Rohingya refugees to a remote island, which is still off limits to everyone including rights groups and journalists without prior permission, poses grave concerns about independent human rights monitoring.”

According to Reuters, police escorted the refugees in 10 buses from Ukhiya in Cox's Bazar to Chittagong port and then on to Bhasan Char – the flood-prone Bay of Bengal island.

Bangladesh says moving refugees who agree to go to the island will ease chronic overcrowding in its camps which are home to more than 1 million Rohingya, members of a Muslim minority who have fled neighboring Myanmar.

U.S.-based advocacy group Refugees International said the plan was "short-sighted and inhumane" while the Fortify Rights Group said the relocations may be "coerced and involuntary" and should cease immediately.

"They are going there happily. No one is forced. The government has taken all measures to deal with disasters, including their comfortable living and livelihood," he said.

A senior foreign ministry official said the refugees were being moved because there was little prospect of repatriating them to Myanmar.

Bangladeshi officials said the first 400 of 2,500 refugees would leave on Thursday evening, depending on the tide. The journey takes several hours.

More than 730,000 Rohingya fled Myanmar in 2017 following a military-led crackdown that the U.N. has said was executed with genocidal intent. Myanmar denies genocide and says its forces were targeting Rohingya militants who attacked police posts.

A senior Bangladeshi official has said housing was built for 100,000 people on the island and authorities want to relocate them during the November to April dry season when the sea is calm.

The U.N. said in a statement it had been given "limited information" about the relocations and was not involved in preparations.

Omar Faruq, a Rohingya leader who visited the island on a government trip, described it as being "truly beautiful," with better facilities than at the camps. Faruq said he would be willing to relocate, but most people do not feel the same way.

"We don’t want to end up living an isolated prison-like life," said Nurul Amin, one Rohingya refugee who was not on the list.

More than 300 refugees were brought to the island earlier this year after several months at sea in an attempt to flee Bangladesh. Rights groups say they are being held against their will and have complained of human rights violations.

"Rohingya in the camps in Cox’s Bazar face many issues and problems, and the camps are overcrowded and imperfect, but moving people to an isolated island where they have no protection or support from international humanitarian agencies or freedom of movement is not the answer," said Wolff. “At present, it’s an island detention center.”