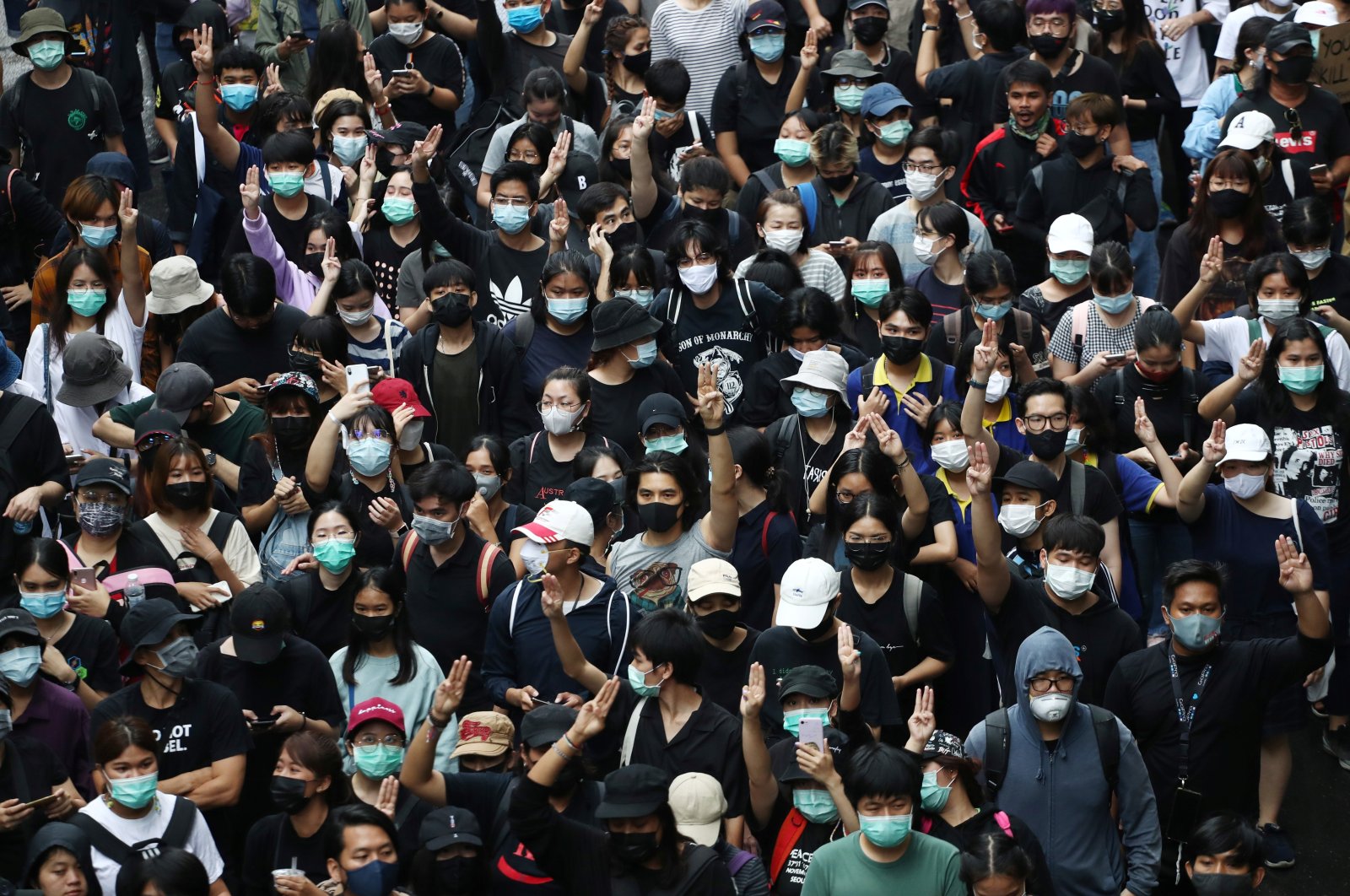 Hundreds of Thais chanted at protests that popped up across Bangkok on Saturday in defiance of a crackdown on three months of demonstrations aimed at the government and the powerful monarchy.

After police used water cannon for the first time against a protest by thousands of people in central Bangkok on Friday, protesters agreed to assemble at different points across the city on Saturday.

Several hundred, many in black t-shirts, staged a rally at the Lat Phrao station in northern Bangkok. Protests were also reported from several other parts of the city as police said rail services were shutting in much of central Bangkok to thwart the demonstrations.

"Prayuth get out" the protesters chanted, in reference to Prime Minister Prayuth Chan-ocha, a former military ruler they accuse of engineering an election last year to prolong the hold of the army.

In a widening crackdown, police have arrested more than 50 people – including several protest leaders – in the past week.

"Violent or not, all gatherings are illegal," police spokesman Yingyos Thepjamnong told a news conference.

Government spokesman Anucha Burapachaisri told Reuters: "There is no win or lose for any side. It's all damage to the country. The government would like to ask protesters to not gather and remain peaceful."

On Thursday, it ordered a ban on protests which have become the biggest challenge in years to the government and have brought unprecedented criticism of King Maha Vajiralongkorn.

Immediately after the ban, tens of thousands of people protested in Bangkok in defiance. Thousands more rallied on Friday, pushing back against riot police who responded by firing chemically-laced water that was dyed blue.

"I condemn those who cracked down on the protesters and those who ordered it. You all have blood on your hands," protest leader Tattep Ruangprapaikitseree said after being freed on bail following his arrest on Friday.

Police said that their response to Friday's protest had been proportionate and in line with international norms.

Protesters demand the removal of Prayuth, who first took power in a 2014 coup. He rejects protesters' accusations that he engineered last year's election to keep power. Breaking a longstanding taboo, protesters have also called for curbs on the power of the monarchy.

The Royal Palace has made no comment on the protests but the king said Thailand needed people who love the country and the monarchy.