'I am not joking': Philippines' Duterte recommends petrol to clean face masks 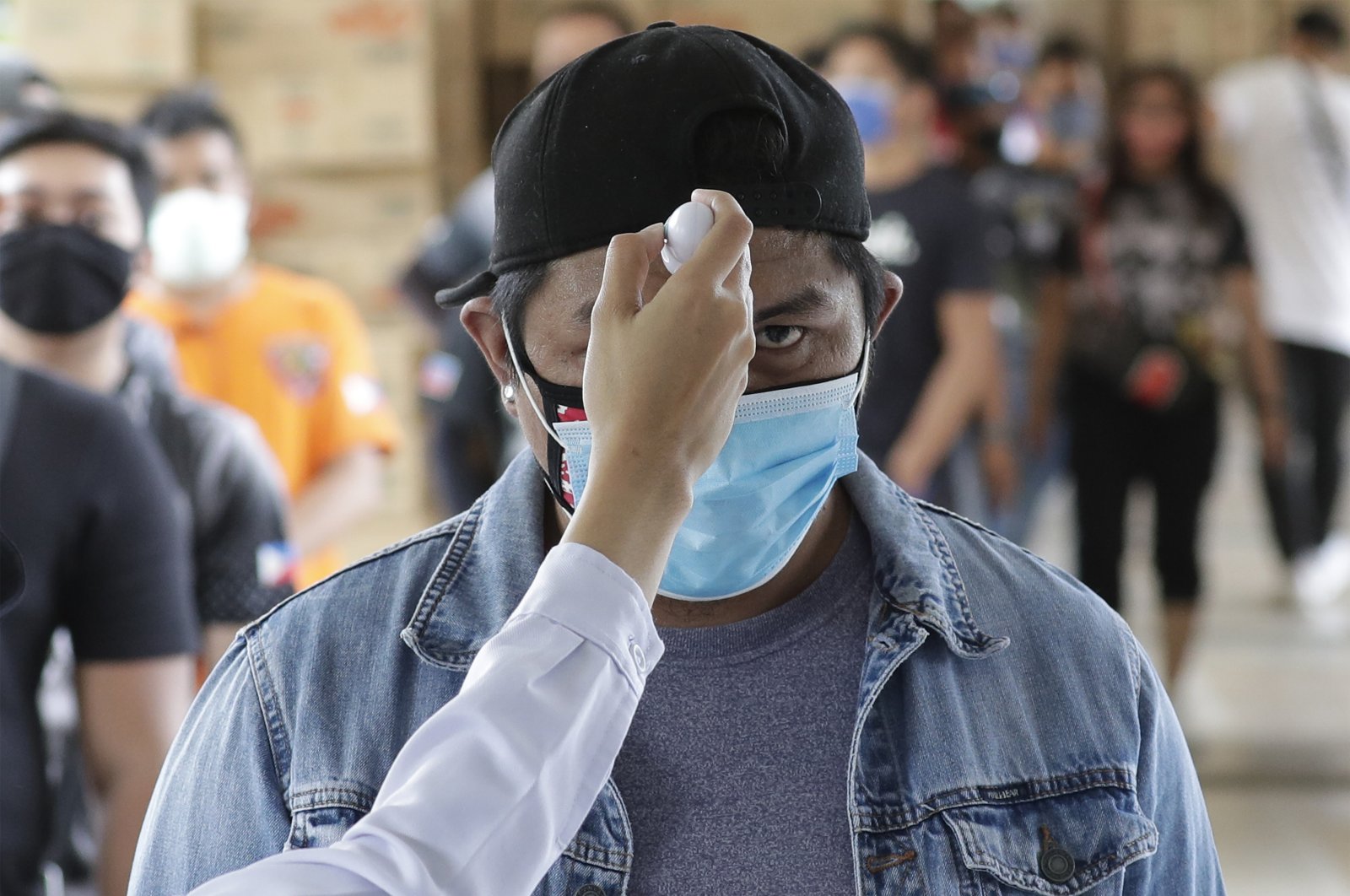 Temperatures are checked before people enter a local city hall during a community quarantine aimed to prevent the spread of the new coronavirus in Manila, Philippines, March 24, 2020. (AP Photo)
by REUTERS Jul 31, 2020 4:02 pm
RECOMMENDED

Philippines President Rodrigo Duterte on Friday told his people they should use gasoline as a disinfectant for protective face masks – and stressed that his advice was not a joke.

The outspoken leader last week made a similar remark about using petrol on masks if cleaning agents were unavailable, which his spokesman said was a joke and reminded the public that Duterte often says things in jest.

"What I said is true," Duterte said during a televised address on Friday. "Just go to the gasoline station, and then have some drops, that's disinfectant."

He added: "I am not joking. That is true. You think I am just kidding."

Mask-wearing has been mandatory since March in the Philippines, which has confirmed nearly 90,000 coronavirus infections and more than 2,000 deaths.

It reported Southeast Asia's biggest daily jump in new coronavirus cases for a second straight day on Friday, as Duterte extended restrictions to quell the spread, and promised normality would return in December.

Medical experts said his mask cleaning tips were not recommended.

"You cannot use gasoline as disinfectant. Inhaling it may cause harm and could lead to more problems like respiratory disease," Jose Santiago, President of the Philippine Medical Association, told Reuters.

The first time Duterte suggested using petrol on masks, some opponents blasted him for what they called dangerous advice.

"'FACT CHECK: Gasoline and diesel should not be used in disinfecting."