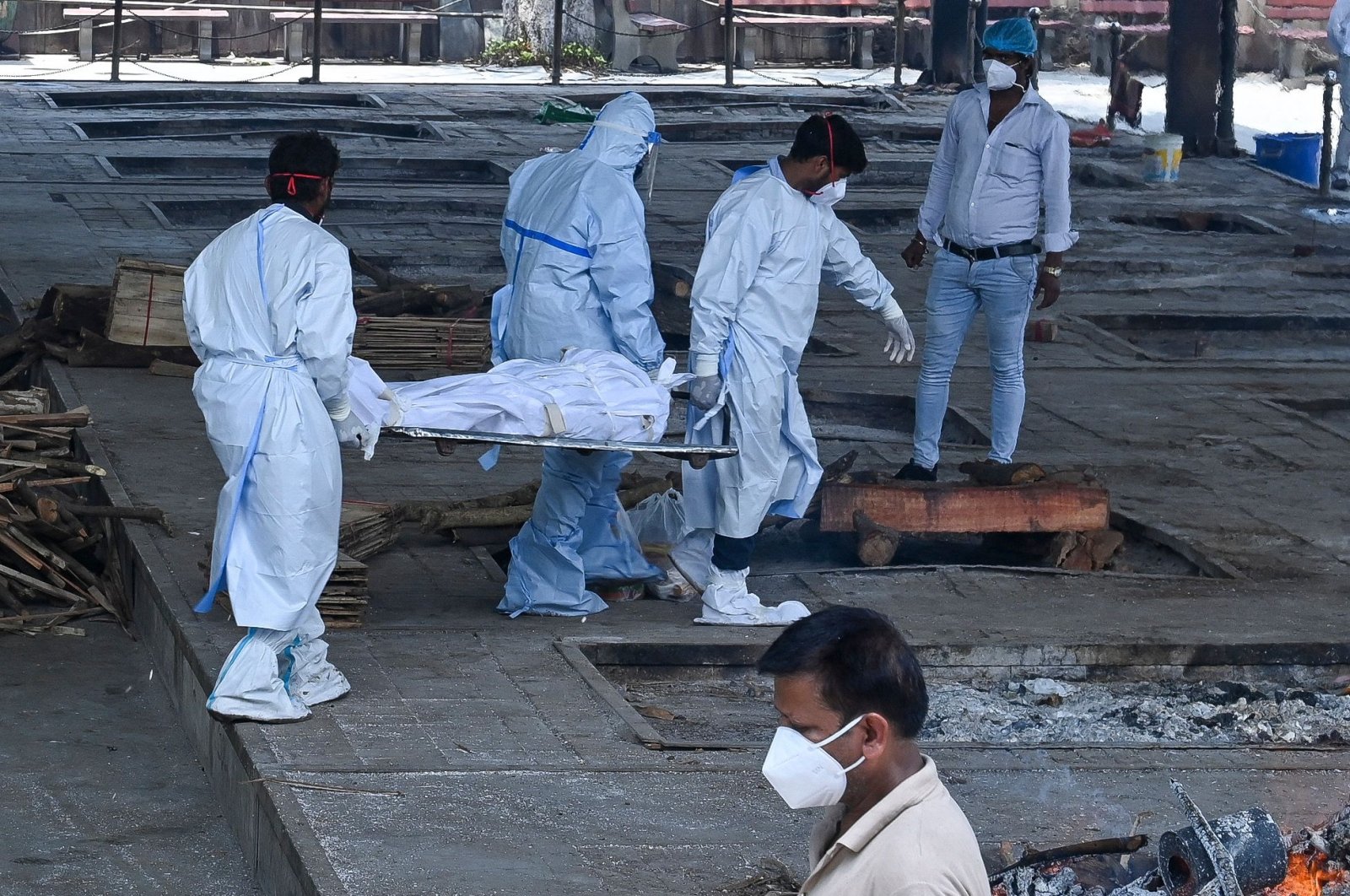 Emergency measures were ordered across India Thursday as health officials struggle to contain a surge in the rare deadly "black fungus" infection among COVID-19 sufferers.

Two new states declared epidemics of the fungal infection mucormycosis, while New Delhi and other major cities have opened special wards to treat thousands of cases of the infection commonly known as the black fungus. India normally deals with less than 20 cases a year, but the infection has become a new threat from the coronavirus wave that has killed 120,000 people in six weeks.

The infection, which some doctors have blamed on the high use of steroids to combat COVID-19, kills more than 50% of sufferers within days. In some cases, the eyes and upper jaws are removed by surgeons to save lives.

Authorities have not said how many people have died from black fungus, but a government alert to state authorities Thursday said teams of reconstruction and general surgeons as well as ear, nose and throat specialists had to be readied to treat the growing number of sufferers.

The states of Gujarat and Telangana became the latest to declare black fungus epidemics, a day after Rajasthan. Maharashtra state has reported more than 2,000 cases. Gujarat, the home state of Prime Minister Narendra Modi, has about 1,200 infections, officials said. Ahmedabad Civil Hospital, one of Gujarat's biggest, was treating 371 cases, according to a spokesperson. Health officials said there were about 400 patients in the government hospital in the city of Rajkot, as reported by Agence France-Press (AFP).

New Delhi set up special wards at three hospitals to cope with increased black fungus numbers. There are more than 200 black fungus patients in New Delhi hospitals, with dozens on waiting lists for beds, according to media reports.

The IT hub of Bengaluru opened special wards Wednesday, which filled within hours, doctors said. Antifungal drugs are the latest shortage to hit India's stretched health system, and social media has been flooded with requests from relatives of mucormycosis sufferers pleading for help to find medicine. Black fungus is caused by organisms called mucormycetes, which can enter the body through breathing or skin injuries.

The organisms are naturally present in soil and decaying organic matter, but once inside humans, they can infect air pockets behind the forehead, nose, cheekbones and between the eyes and teeth. Some doctors say there has been panic use of steroids to combat COVID-19, which has helped the spread of black fungus. "Indiscriminate use of steroids to treat COVID-19 patients should be avoided," Maharashtra's Health Minister Rajesh Tope said Wednesday.

Other doctors say the unhygienic conditions in some hospitals when putting COVID-19 patients on oxygen cylinders has allowed black fungus to take hold. COVID-19 patients with diabetes and a weakened immune system are particularly prone to infections. Many of the drugs used to fight the coronavirus suppress the body's immune system that would normally ward off a fungal infection.

India reported 4,209 COVID-19 fatalities in the past 24 hours and 259,591 new confirmed cases, according to The Associated Press (AP). Experts believe both figures are an undercount. Megacities such as Mumbai and New Delhi have seen signs of improvement in recent days. But there is growing concern about smaller towns and rural areas where the virus has made inroads, stretching India's health system.