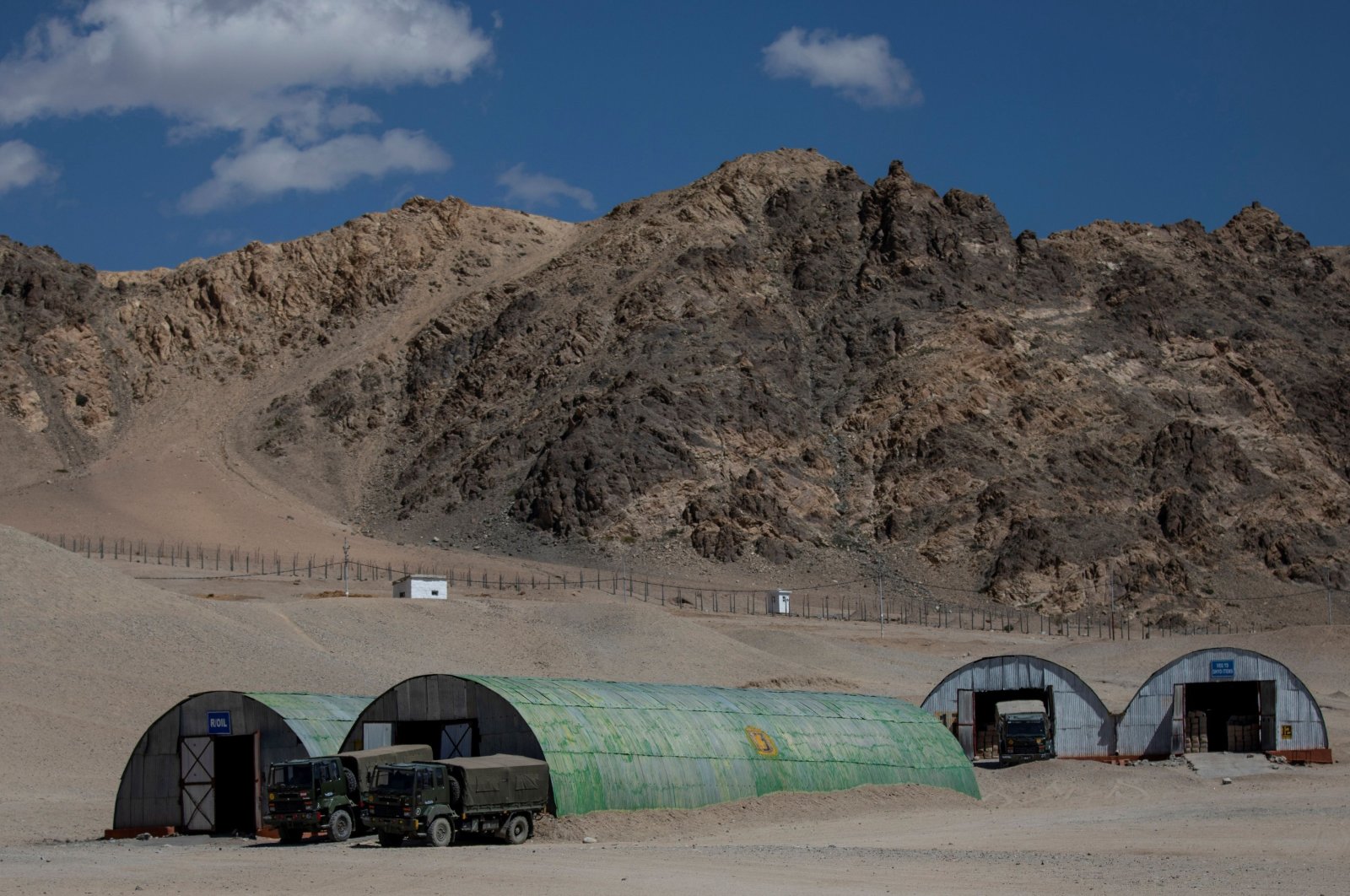 Military trucks are parked outside the storage facilities at a supply depot in Leh, in the Indian-controlled Ladakh region, Sept. 15, 2020. (REUTERS Photo)
by ASSOCIATED PRESS Sep 21, 2020 12:37 pm
RECOMMENDED

Details of the talks, held on the Chinese side in the Moldo area facing the Indian-controlled Ladakh region, were not immediately disclosed. A senior Indian foreign ministry official was also participating in the meeting, an Indian official said on condition of anonymity in line with government regulations.

Despite several rounds of talks by military, diplomatic and political officials, including negotiations between the two countries' foreign and defense ministers in Moscow this month, the border tensions have persisted.

Both India and China have provided little information, but media in the two countries have given extensive coverage to the escalating tensions, which have dramatically changed their bilateral relations.

The standoff in Ladakh escalated in June to the deadliest violence in decades – a clash on a high ridge between soldiers using clubs, stones and their fists. Twenty Indian soldiers were killed. China is believed to have also suffered casualties but has not given any details.

In recent weeks, the Asian giants have accused each other of sending soldiers into the other’s territory and firing warning shots for the first time in 45 years, raising the specter of full-scale military conflict.

Relations between the two countries have often been strained, partly due to their undefined border. They fought a border war in 1962 that spilled into Ladakh and ended in an uneasy truce. Since then, troops have guarded the undefined border areas stretching from Ladakh to India’s northeastern Arunachal Pradesh state, occasionally brawling. They have agreed not to attack each other with firearms. Both have accused each other of instigating the violence and pledged to safeguard their territory.