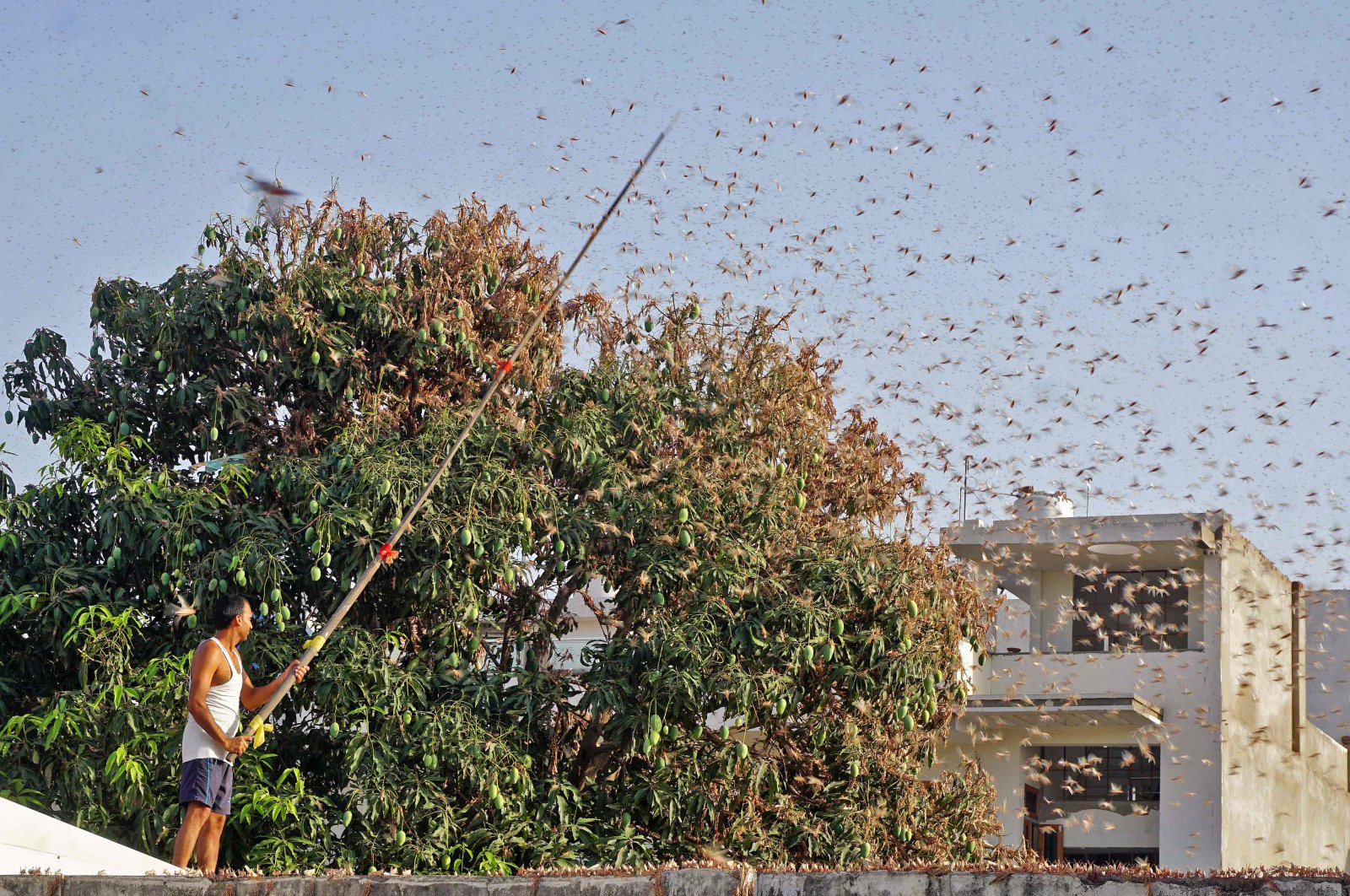 A resident tries to fend off swarms of locusts from a mango tree in a residential area of Jaipur in the Indian state of Rajasthan, May 25, 2020. (AFP Photo)
by Compiled from Wire Services May 27, 2020 12:18 pm

Huge swarms of desert locusts are destroying crops across western and central India, prompting authorities Tuesday to step up their response to the country's worst plague in nearly three decades.

Drones, tractors and cars have been sent out to track the voracious pests and spray them with pesticides. The locusts have already destroyed nearly 50,000 hectares (125,000 acres) of cropland. "Eight to 10 swarms, each measuring around a square kilometer are active in parts of Rajasthan and Madhya Pradesh," the government's Locust Warning Organization's deputy director, K.L. Gurjar, told Agence France-Presse (AFP).

The insects caused massive damage to seasonal crops in both states, devastating many farmers already struggling with the impact of a strict coronavirus lockdown. They destroyed harvests in the agricultural heartlands of neighboring Pakistan in April, before entering Rajasthan. Smaller swarms are also active in a handful of states across India, Gurjar said. Pakistan has declared a national emergency to battle the swarms of desert locusts eating crops on a large scale, raising fears of food insecurity.

Parts of Africa have already been threatened by the biggest locust outbreak that some countries had seen in 70 years. Now the second wave of the voracious insects, some 20 times the size of the first, has threatened the food security in the Eastern Africa region.