India lights millions of candles as sign of solidarity against coronavirus 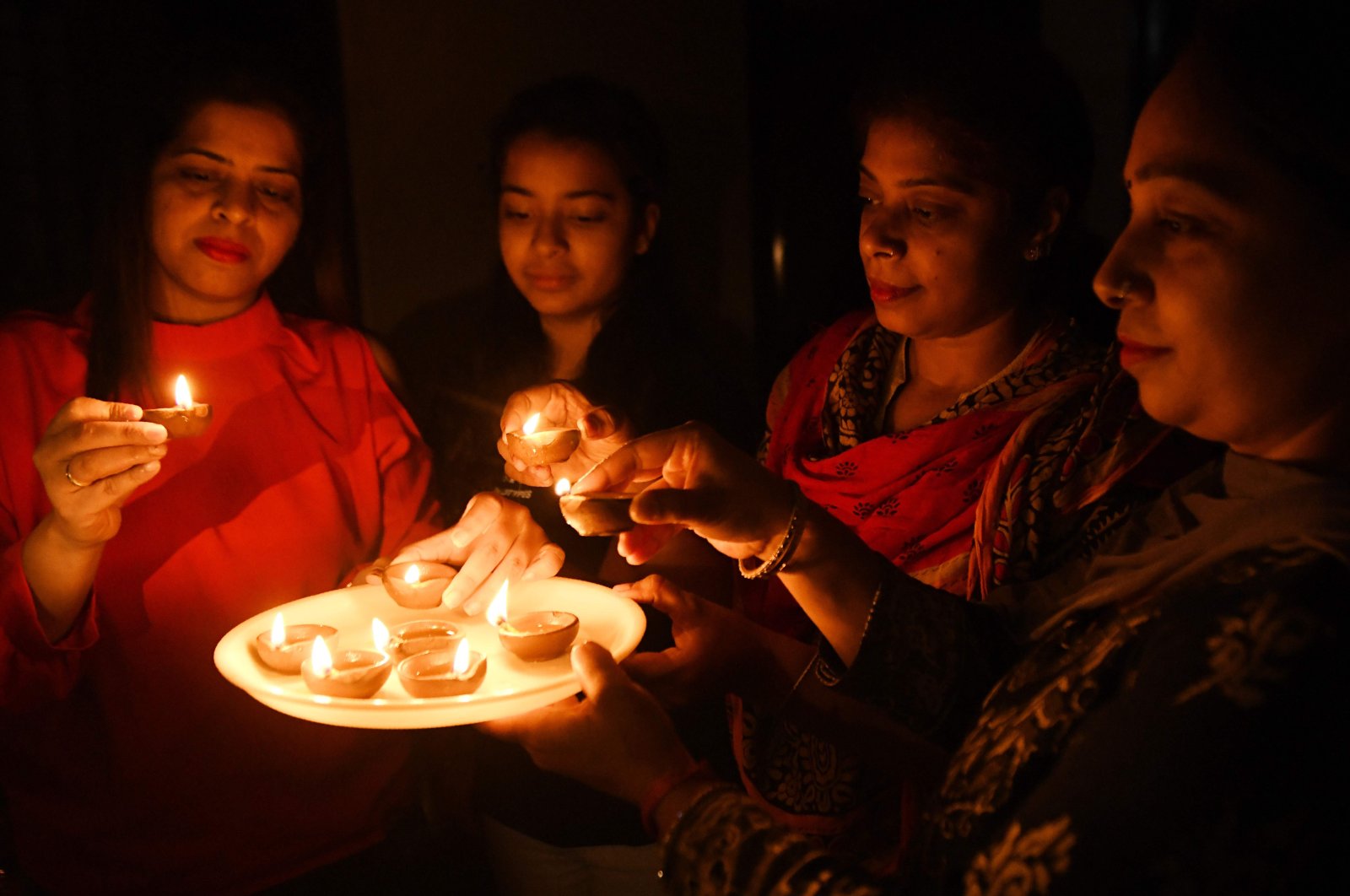 Residents light "diyas," or oil lamps, in a show of unity and solidarity in the fight against the coronavirus pandemic in Amritsar, India, Sunday, April 5, 2020. (AFP Photo)
by Compiled from Wire Services Apr 05, 2020 8:43 pm
RECOMMENDED

Twinkling flames from candles and traditional lamps lit up India's night sky Sunday in a nine-minute show to mark the fight against the coronavirus pandemic, which has left the vast nation in lockdown.

Across major cities and towns in the world's second-most populous country of 1.3 billion people, many heeded the call of Prime Minister Narendra Modi to turn off their lights at 9 p.m. local time.

Residents shouted "Hail mother India" and "go corona go." They cheered, clapped and set off firecrackers and fireworks that shattered the quiet evening, in scenes reminiscent of Diwali, the Hindu festival of lights. In a modern touch, some residents turned on the lights from their mobile phones.

Modi on Friday had called on Indians to take part in the event to "defeat the deep darkness of the crisis by spreading the glory of light in all four directions."

"Salute to the light of the lamp which brings auspiciousness, health and prosperity, which destroys negative feelings," Modi tweeted in Sanskrit. He shared photos of himself lighting a "diya" clay lamp.

India has been under a strict lockdown since March 25, halting public transport and closing offices and shops apart from essential services.

But the shutdown has badly hit rural migrant workers, leaving them jobless with hundreds of thousands trying to return to their villages, many on foot.

Many others have been blocked from returning home. The government has set up tens of thousands of makeshift camps and feeding centers for 7.5 million people.

India's power consumption has already plunged over the last 10 days, as the lockdown has forced most industries to suspend operations.

Modi's lights-out plan put enormous pressure on officials manning power generation stations and the national grid. They scrambled to increase staffing to ensure that the sudden gyration in power demand across the country did not lead to any power surges or outages.

India's Power System Operation Corp (POSOCO), which oversees the national power grid, had ordered all senior officials to be present at generating stations, substations and load despatch centers across India between 6 p.m. and 10 p.m. on Sunday.

The country's electricity demand fell more than 25% to 85.3 gigawatt (GW) from 117 GW within a span of four to five minutes as people switched off lights, said Power Minister R.K. Singh, adding the transition was handled smoothly by engineers.

The confirmed number of new coronavirus cases in India has passed 3,500 with 83 deaths, the government said, although experts say wider testing is needed.

The ministry on Saturday issued an advisory for Indians to use homemade reusable face covers to "help in protecting the community at large."